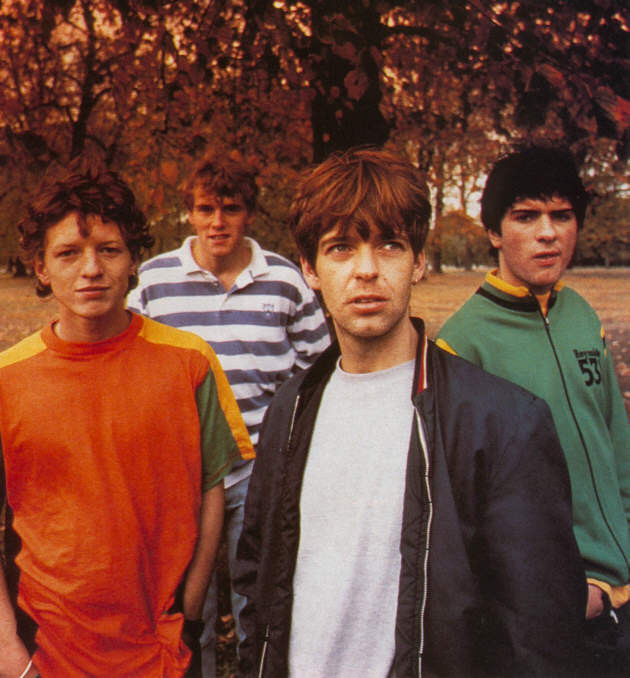 The La's are a rock band which formed in 1984 in Liverpool, England. The band's lineup constantly changed, with its only constant member being Lee Mavers (vocals, guitar) and John Power (bass). In 1990, the band released their only album, The La's, which contained four singles. There She Goes made #13 in the UK, #49 in the US and #2 on the US Modern Rock chart and was extremely influential on the later britpop genre. The La's formed in 1984, with original member Mike Badger stating that the ban...

The La's are a rock band which formed in 1984 in Liverpool, England. The band's lineup constantly changed, with its only constant member being Lee Mavers (vocals, guitar) and John Power (bass). In 1990, the band released their only album, The La's, which contained four singles. There She Goes made #13 in the UK, #49 in the US and #2 on the US Modern Rock chart and was extremely influential on the later britpop genre.

The La's formed in 1984, with original member Mike Badger stating that the band name occurred to him in a dream, as well as it being Scouse for "lads", and having obvious musical connotations. The band existed briefly as an arthouse/skiffle-type outfit with a few tracks released on local compilations. Lee Mavers joined in 1984 as rhythm guitarist, eventually gaining songwriting prominence and emerging as the band's enduring figurehead. Longtime bassist John Power joined the group in 1986, having met Badger on a local council-run musicianship course. Badger however left the group in late 1986, to form The Onset.

The band attracted the attention of several record labels after a series of performances in their home town in 1986, and demo tapes copied from a session at the Flying Picket rehearsal studio in Liverpool began circulating. One of these demo tapes was sent to Underground Magazine. A journalist there with the task of reviewing unsigned bands gave the cassette to Andy McDonald at Go! Discs. Several record labels later became interested in signing the band. The band chose to sign with Go! Discs.

The band's first single Way Out was mixed with producer Gavin MacKillop. When it was released in October 1987, it broke in to the top 100 and was praised by The Smiths' frontman Morrissey in the music magazine Melody Maker, but attracted little notice. The band continued to perform around the UK and gained success as a live act, drawing comparisons to The Beatles due to their origins, vaguely Merseybeat sound, and Mavers' expressive lyrics.

There She Goes was released in 1988 with the B-sides "Come In Come Out" and "Who Knows". The song garnered moderate attention and airplay, but performed poorly in the charts. The music video for "There She Goes" features The La's scampering through run-down Liverpool streets and was filmed in an afternoon on a handheld camera. It was later re-released a number of times, the earliest being 1990's Steve Lillywhite mix. After working with producer Jeremy Allom at the Pink Museum Studio in Liverpool in May 1989, the band were set to release "Timeless Melody" as a single. While test pressings had been sent out for review, and was nominated for "record of the week" in the NME, Mavers was reportedly unhappy with the production and the single release was scrapped.

The La's then spent two years fruitlessly recording and re-recording their intended album, with a constantly changing band lineup, where only the core of Mavers and Power remained the same. Discarded producers included The Smiths' producer John Porter, as well as John Leckie and Mike Hedges. Both Leckie and Hedges in interviews have been very complimentary about the band's songs and their respective sessions.

The previously volatile band lineup settled in 1989 with Lee's brother, Neil Mavers on drums, and Peter "Cammy" Camell as lead guitarist. The group then entered London's Eden Studios in December 1989 to again record their debut album with Simple Minds and U2 producer Steve Lillywhite. Despite this lineup being arguably the most stable, and press interviews from the time painting them as extremely confident, the sessions still did not satisfy Mavers. In one instance Mavers was reported to have rejected a vintage mixing desk, claiming it did not have the right sound because "it hasn't got original Sixties dust on it" although this claim has since been revealed as apocryphal. The Eden sessions with Lillywhite would become the band's final attempt at recording the album. The frustration of not achieving the right sound and mood in their songs, as well as increasing friction with Go! Discs, who had spent a considerable sum of money on recording sessions for the album, led to them simply giving up on the sessions. Lillywhite pieced together the recordings he had made with the group into what became the eventually released album. The band, particularly Lee Mavers, were not pleased with this decision.

Among the band's complaints were that Lillywhite used vocal guide tracks on the LP and that he did not "understand" their sound. Mavers would later go on to claim that the band had played poorly deliberately during the sessions in the hope that the material would not be released, as they did not gel with Lillywhite from day one.

However, recognition, at least critically, came for The La's in 1990 when the self-titled album, The La's, was released. The album reached #30 in the UK charts and received a Silver certification, but the album did not fare as well overseas. The album only reached #196 on the Billboard 200 and to date has sold fewer than 50,000 copies in the U.S.

The album included, among new material, re-recorded versions of all the previous singles, including a remixed version of "There She Goes" which was then re-released as a single. This time around, the song reached number 13 in the UK singles chart and remains the most visible and enduring of all the band's songs.

Additional singles from the album included the LP versions of Timeless Melody and Feelin'. Both sold reasonably well, reaching chart placings around the top 40. A short promotional tour proceeded, accompanied by television appearances on shows such as Top of the Pops. Press interviews conducted during this period were generally confused in tone, owing to the fact the critics generally adored the album yet Mavers was assuring journalists that he "hated" the album and it was "like a snake with a broken back".

1991 promotional tour dates were fulfilled in the UK and Europe including a few festivals, a well-received US tour. Bassist John Power left the group on the 13 December 1991, frustrated with having played essentially the same set of songs since 1986, and resurfaced a year later with his band Cast. The remainder of the 1991 concerts were performed with James Joyce on bass as well as a handful of 1992 dates. The band stopped touring and rehearsing in 1992 until further short-lived reunions, with various line-ups, throughout the 1990s and 2000s.

The band disbanded in 1992, with Mavers restarting the band various times in the years since (one between 1994 and 1996 and again in 2005). The band reunited in June 2011 as a duo consisting of Mavers and bassist Gary Murphy. Read more on Last.fm. User-contributed text is available under the Creative Commons By-SA License; additional terms may apply. 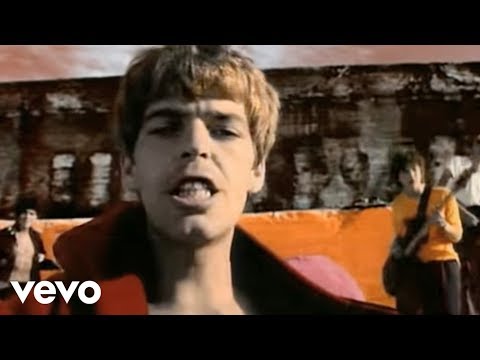