There are several artists using the name Zoom: 1- Zoom is a hardcore band from Washington, D.C. Members also played in Lion of Judah, Give, and Lights Out. http://zoomdc.bandcamp.com/ 2 - Avant Garde (later known as Zoom) was a progressive heavy metal band from Connecticut. It was Weezer lead singer Rivers Cuomo's first serious attempt at being a musician. Cuomo formed Avant Garde in 1985 with a childhood friend of his named Justin Fisher. Although the two had both just formed another band,...

There are several artists using the name Zoom:


1- Zoom is a hardcore band from Washington, D.C. Members also played in Lion of Judah, Give, and Lights Out.

2 - Avant Garde (later known as Zoom) was a progressive heavy metal band from Connecticut. It was Weezer lead singer Rivers Cuomo's first serious attempt at being a musician.
Cuomo formed Avant Garde in 1985 with a childhood friend of his named Justin Fisher. Although the two had both just formed another band, Fury, they both agreed they wanted to play a heavier type of music. The two began writing as members drifted in and out. At the time, Cuomo was writing his own guitar parts as well as covering Metallica and Fates Warning. Eventually, Cuomo and Fisher would call the band Avant Garde. Cuomo has since said, "We were anything but."
On December 12, 13 and 18 of 1987, Avant Garde recorded six new songs at Trod Nossel studios in Wallingford, Connecticut. It cost the band $288.37. This first professional demo was known as The Purple Demo for it's purple label.
The band moved to Los Angeles together in 1988, and quickly changed their name to Zoom. Despite this new effort, however, the group soon disbanded as the members began pursuing other projects.

3- Zoom was an early 90s indie outfit from Lawrence, Kansas.
After Zoom broke up, singer Mark Henning played in the Bells for a bit and can currently be found in The National Trust.
Bassist Jeremy Sidener ended up joining Panel Donor to play guitar. You can currently find Sidener playing bass with Danny Pound of Vitreous Humor fame in his band The Danny Pound Band.
Drummer Chris Cosgrove spent a tiny bit of time in Dis-.
http://www.builtonaweakspot.com/2007/07/zoom-helium-octipede.html

4- Zoom is a German eurodance project that released the single "This Must Be Love" in 1994.
The project was produced by Andy Knote and Mani S.
Andy Knote put the voice on the tune.
(See Zoom Feat. Andy Knote)

5- Zoom are Hanz, Melf, Marius and Valentin from Niebül (Germany).
Their music is a mixture of german and english punk.
http://www.myspace.com/zoomrockz

6- Zoom were a underground two-piece rock outfit in the mid 1980's. They were early pioneers of the modern elctro-rock sound. They employed the use of drum machines as their rhythm section, funk styled guitar licks and driving synthesiser. The bands largest claim to fame was the song they did for the Film 'Knuf' the biopic of famous beat writer Edward D. Knuf, simply called '80's Movie Montage'. The band are experiencing a small revival, their song '80's movie montage' was featured on the internet download 'greatest .zip file in the whole world ever'.

7 - Zoom was a funk/soul band from Los Angeles, California. They were featured on the prominent music show, Soul Train with their 1981 hit "Saturday, Saturday Night'.

8- ZOOM was a TV show that ran from 1972-1978 and featured 49 ZOOMers. During early seasons, cast members were transitioned during the show's catchy production number which introduced the new cast members the remaining cast members.
Known for wearing striped rugby shirts and jeans and for performing barefoot, although the cast members started performing in shoes from the third season (1973) on.
In 1974, A&M Records released an album of songs from the show titled "Come on and ZOOM"

9. Zoom is a Danish Eurodance project consisting of Anja (leading vocalist), Brandon Krikham & Ali Gator. Their singles were produced by Hartmann & Langhof (also responsible for Aqua, Me & My, Tiggy or You Know Who).

In 1999 they brought back another remake of Words, probably the most known song from repertoire of F.R. David. Their version of this song was well taken and played in many European clubs. Followed their album Zoom : it features two versions of the hit Words (album version and Club mix). They took an aggresive approach and made this track a stunning euro-techno beauty. The album brought also another interesting tracks, such as Lois Lane, whose melodic lane reminds a bit of La Cream. But Zoom album is not only euro, it contains also more pop oriented tracks, yet as a whole thing present itself as a nicely crafted album.
Johnny Jam & Delgado wrote the track I Can't Help Myself. Percussions were done by J.A., the DJ was Frankie
and it was produced by Must.
The single Hold Tight was written by A.Carlsson, R. Colegate and P. Söderqvist, produced and mixed by Must at Mark's recording studio in Copenhagen.
Read more on Last.fm. User-contributed text is available under the Creative Commons By-SA License; additional terms may apply. 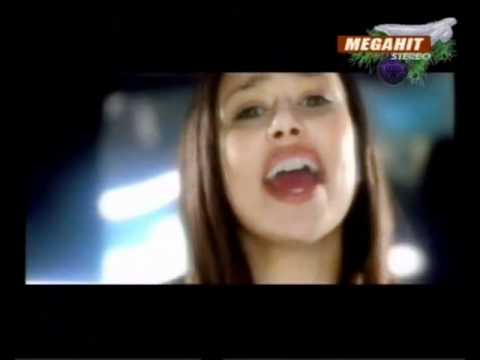