Stephen Goldsboro (born December 7, 1988), better known under his stage name Young Steff. R&B crooner Young Steff is definitely a believer. And the 21-year-old takes pride in making sure others feel just the same way. Case in point. After carefully shopping his demo around, Steff's music landed in the hands of hit-making producer Rich Harrison. Having only heard of Harrison through his work with Beyonce ("Crazy In Love") and Amerie ("1 Thing"), Steff didn't know what to expect from him. Like...

And the 21-year-old takes pride in making sure others feel
just the same way.

Case in point. After carefully shopping his demo around, Steff's music
landed in the hands of hit-making producer Rich Harrison. Having only
heard of Harrison through his work with Beyonce ("Crazy In Love") and
Amerie ("1 Thing"), Steff didn't know what to expect from him.
Likewise, for Harrison, who only knew of Steff as a stout, teen singer
from the early 2000s.

But when Steff met with Harrison for an impromptu audition, dancers in tow, things quickly changed.

"Unfortunately, talent isn't always a pre-requisite for a superstar, and vice versa but Steff is that rare combination of both a shining stage presence and powerful personality, together with a truly, truly unique voice. This alone already makes him competitive on a world-class level, and he's only 17!
He's something the world has never quite seen before" states Harrision of Steff.

The New Jersey native thrilled Harrison with his syrupy voice and energetic show, having become a seasoned performer by singing at high schools, talent shows, and on the road with his father, who had been part of a gospel singing troop. The multi-platinum then producer promptly offered to sign Steff to his burgeoning Richcraft Inc. label through Atlantic Records. Steff immediately obliged.

"I wanted someone I could be personal with, says Steff of his decision to join Harrison. Because the more personal the producer and the record company are, the better the records. And I wanted to be special this time, so it could be a sure thing. Because I know what I have and I wanted them to know that, too.

The dynamic young performer first got his start crooning alongside
his father as an eight-year-old imitator.

"He'd tell me to hit a note, and I'd do it," recalls Steff, laughing
at the memories. Quickly, Steff took to writing his own songs
and performed one for is father, who was floored at his son's talent.
From there, his father began preparing the young prodigy for a career
in music.

By 11, Steff was hard at work on his first demo, which eventually
spawned "Can I Holla," featuring Bow Wow and was featured on the Like
Mike soundtrack.

The father-and-son produced track caught the attention of a prominent
Philadelphia music insider who passed Steff's demo along to Jay-Z and
Damon Dash of Roc-A-Fella Records. Within a week, Steff was on his way
to New York to audition for the duo.

Although Steff eventually signed with the Roc, the experience was
short lived. Given the chance to either stay with Dash as he launched
a new music venture, or become a free agent, Steff chose the latter.

"Me and my pops were like, 'We're good'," remembers Steff. "So, we
went back to the drawing board."

Steff returned to his hometown of Vineland, New Jersey and began recording new material. Along the way Steff, a once short, pudgier young Michael Jackson look-a-like grew into a young man. Fortunately, his voice and upbeat personality - remained in tact.

On "Thang,Thang," from his steamy, forthcoming debut, Young Steff flexes those elastic vocals over Scott Storch's pulsating club track. In a searing
falsetto, Steff sings of eyeing a cutie: "Your twerk is so crazy," he
croons. "Got me so dizzybrings out the freak in me." He more than
holds his own alongside a featured rapper, who caps the track with a
furious battle rap.

But its on 'Hallway," where Young Steff shows that he's all grown up
now. "I was just having fun with that," he sheepishly admits of the
steamy ballad. "It's just about wanting to see a shorty, that's all."

Having been influenced by his fathers group, Spirit, Steff has a solid foundation most artists his age only hope to achieve. He cites another gospel artist, J Moss, as a major inspiration.

I look up to him as a vocalist, says Steff. Because at the end of the day, as a young artist, I could do a thousand riffs and it wont mean anything. But if a person can growl at you and touch your heart, and say one word to make you feel it, then thats when I know Im doing my job. And thats my whole goal, to make this thing personal between me and my fans. From my heart to another persons heart.

Though things haven't always been easy for Steff, from his first failed record deal to his upbringing in New Jersey ("Where I'm from, nobody is prospering," explains Steff), he's always remained optimisticwhether it's been about career or lifeand hes ready to share that with the world.

"God puts a special gift in everyone, you know?" says Steff, mulling the idea
around his head before finally finishing. "You just got to find out what it
isand then utilize it."

Young Steff is a believer. Are you? Read more on Last.fm. User-contributed text is available under the Creative Commons By-SA License; additional terms may apply. 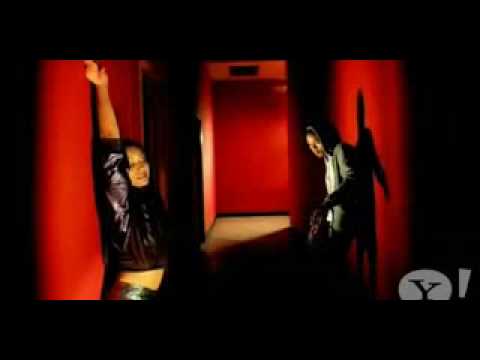