Yoko Shimomura (下村 陽子 Shimomura Yōko, born October 19, 1967) is a Japanese video game composer. She has been described as "the most famous female video game music composer in the world". She has worked in the video game industry ever since graduating from the Osaka College of Music in 1988. From then until 1993, she worked for Capcom, where she composed wholly or in part the scores for 16 games, including Final Fight and Street Fighter II. While working for Capcom, Shimomura contributed to...

Yoko Shimomura (下村 陽子 Shimomura Yōko, born October 19, 1967) is a Japanese video game composer. She has been described as "the most famous female video game music composer in the world". She has worked in the video game industry ever since graduating from the Osaka College of Music in 1988. From then until 1993, she worked for Capcom, where she composed wholly or in part the scores for 16 games, including Final Fight and Street Fighter II.

While working for Capcom, Shimomura contributed to the soundtracks of over 17 games, including the successful Street Fighter II, which she composed all but three pieces for. The first soundtrack she worked on at the company was for Samurai Sword in 1988. Final Fight, in 1989, was her first work to receive a separate soundtrack album release, on an album of music from several Capcom games. The first soundtrack album to exclusively feature her work came a year later for the soundtrack to Street Fighter II. While she began her tenure at Capcom working on games for video game consoles, by 1990 she had moved to the arcade game division. She was a member of the company's in-house band Alph Lyla, which played Capcom video game music including pieces written by Shimomura; she performed live with the group on a few occasions, including playing piano during Alph Lyla's appearance at the 1992 Game Music Festival.

In 1993, Shimomura transferred to another game company, Square (now Square Enix). She moved to Square because she was interested in writing "classical-style" music for fantasy role-playing games; at Capcom she was in the arcade game team and was unable to transfer to the console game team to work on their role-playing video game series Breath of Fire, although she contributed one track to the first game in the series. Her first project at the company was the score for the role-playing video game Live A Live in 1994. While she was working on the score to Super Mario RPG: Legend of the Seven Stars the following year, she was asked to join Noriko Matsueda on the music to the futuristic strategy RPG Front Mission. Although she was overworked doing both scores and it was not the genre that she was interested in, she found herself unable to refuse after her first attempt to do so unexpectedly happened in the presence of the president of Square, Tetsuo Mizuno. These games were followed by Tobal No. 1, the last score she worked on with another composer for a decade.

Kingdom Hearts was wildly successful, selling more than four million copies worldwide; Shimomura's music was frequently cited as one of the highlights of the game, and the title track has been ranked as the fourth-best role-playing game title track of all time. The soundtrack has led to two albums of piano arrangements. Kingdom Hearts was the last soundtrack that she worked on at Square. After the release of Kingdom Hearts in 2002, Shimomura left Square for maternity leave, and began work as a freelancer in 2003. She has built on the work she did while at Square; since leaving she has composed or is composing music for eleven Kingdom Hearts games and Nintendo's Mario & Luigi series. She has also worked on many other projects, such as Heroes of Mana and various Premium Arrange albums. On February 10 and 11, 2014, Shimomura played piano at a retrospective 25th anniversary concert at Tokyo FM Hall. She performed songs from games such as Kingdom Hearts, Live a Live, and Street Fighter II. During the Beware the Forest's Mushrooms performance from Super Mario RPG, Shimomura was joined onstage by fellow game composer Yasunori Mitsuda, who played the Irish bouzouki. She is currently working on the score for Final Fantasy XV and Kingdom Hearts III.

Her works have gained a great deal of popularity, and have been performed in multiple video game music concerts, including one, Sinfonia Drammatica, that was focused half on her "greatest hits" album, Drammatica: The Very Best of Yoko Shimomura, and half on the music of a previous concert. Music from several of her games have been published as arranged albums and as piano scores. Read more on Last.fm. User-contributed text is available under the Creative Commons By-SA License; additional terms may apply. 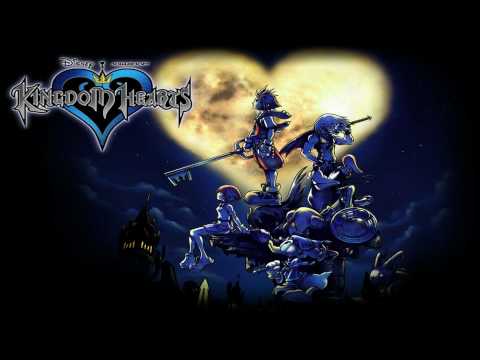 Kingdom Hearts - To Our Surprise