Yma Sumac (September 13, 1922 – November 1, 2008) was the stage name of a Peruvian singer named Zoila Augusta Emperatriz Chavarri del Castillo. When still a child in rural Peru, she attracted notice for her extraordinary voice, and joined the Compañía Peruana de Arte in the early 1940s. Yma Súmac was born in Ichocán, Cajamarca, Peru. Other dates mentioned in her various biographies range from 1921 to 1929. Some sources claim that she was not born in Ichocán, but in a nearby village or possibly...

Yma Sumac (September 13, 1922 – November 1, 2008) was the stage name of a Peruvian singer named Zoila Augusta Emperatriz Chavarri del Castillo. When still a child in rural Peru, she attracted notice for her extraordinary voice, and joined the Compañía Peruana de Arte in the early 1940s.

Yma Súmac was born in Ichocán, Cajamarca, Peru. Other dates mentioned in her various biographies range from 1921 to 1929. Some sources claim that she was not born in Ichocán, but in a nearby village or possibly in Lima, and that her family owned a ranch in Ichocán where she spent most of her early life. Stories published in the 1950s claimed that she was an Incan princess directly descended from Atahualpa. A story claiming that she was actually born Amy Camus (Yma Sumac backwards) in Brooklyn or Canada was fabricated while she was performing in New York City in the early 1950s. She adopted the stage name of Imma Sumack (also spelled Ymma Sumack and Ima Sumack) in South America before she went to the U.S. The stage name was based on her mother's name which was derived from Ima Shumaq, Quechua for "how beautiful!" although in interviews she claimed it meant "beautiful flower" or "beautiful girl".

Imma Sumack first appeared on radio in 1942, and married composer and bandleader Moisés Vivanco on June 6 the same year. She recorded at least 23 tracks of Peruvian folk songs in Argentina in 1943 . These early recordings for the Odeon label featured Moisés Vivanco's group, Compañía Peruana de Arte, a group of 46 Indian dancers singers and musicians. In 1946, Sumack and Vivanco moved to New York City, where they performed as the Inca Taky Trio: Sumack herself singing coloratura soprano, Vivanco on guitar and her cousin Cholita Rivero singing contralto and dancing. Sumack bore a son, Charles, in 1949, and was signed by Capitol Records in 1950, at which time her stage name became "Yma Sumac".

During the 1950s, Yma Sumac produced a series of legendary lounge music recordings featuring Hollywood-style versions of Incan and South American folk songs, working with the likes of Les Baxter and Billy May. In 1951, she popularized Jorge Bravo de Rueda's classic song Vírgenes del Sol. The combination of her extraordinary voice, exotic looks and stage personality made her a hit with American audiences. Sumac even appeared in a Broadway musical, Flahooley, in 1951, as a foreign princess who brings Aladdin's lamp to an American toy factory to have it repaired. The show's score was by Sammy Fain and E.Y. "Yip" Harburg, but Sumac's four numbers were the work of Vivanco. Capitol Records, Sumac's label, recorded the show. Flahooley closed quickly but the recording continues as a cult classic, in part because it also marked the Broadway debut of Barbara Cook. During the height of Sumac's popularity, she appeared in the films Secret of the Incas (1954) and Omar Khayyam (1957). She became a U.S. citizen July 22, 1955

In 1957, Sumac and Vivanco divorced, their dispute making news in Los Angeles.[10] They remarried that same year before divorcing again in 1965. Apparently due to financial difficulties, Yma Sumac and the original Inca Taky Trio went on a world tour in 1961, which lasted for five years. They performed in 40 cities in the Soviet Union, and afterwards all over Europe, Asia and Latin America. Their performance in Bucharest, Romania was recorded as the album Recital, her only 'live in concert' record. Yma Sumac spent the rest of the 1960s performing sporadically.

In 1971, she released a rock album, called Miracles, and returned to live in Peru. She performed in concert from time to time during the 1970s in Peru and later in New York. In the 1980s, she had a number of concerts both in the U.S. and abroad . She sang Ataypura during a March 19, 1987 appearance on Late Night with David Letterman, appearing alongside actor-comedians Jerry Seinfeld and Bill Murray.

In 1989, she sang once again at The Ballroom in New York. In March 1990, she played the role of Heidi in Stephen Sondheim's Follies, in Long Beach, California, her first attempt at serious theater since Flahooley in 1951. In 1992, Günther Czernetsky directed a documentary titled Yma Sumac - Hollywoods Inkaprinzessin (Yma Sumac - Hollywood's Inca princess). She also gave several concerts in the summer of 1996 two more in Montreal, Canada in July 1997 as part of the Montreal International Jazz Festival.

Sumac's profile rose again when the song Ataypura was featured in the Coen Brothers' film The Big Lebowski. Her song Bo Mambo appeared in a commercial for Kahlua liquor, and was sampled for the Hands Upsong by the Black Eyed Peas. The song Gopher Mambo was used in the films Ordinary Decent Criminal and Confessions of a Dangerous Mind. The songs Goomba Boomba and Malambo No. 1 appeared in Death to Smoochy.

On May 6, 2006, Sumac flew to Lima, where she was presented the Orden del Sol award by Peruvian President Alejandro Toledo, and the Jorge Basadre medal by the Universidad Nacional Mayor de San Marcos.

Yma Sumac recorded an incredible vocal range of more than four octaves, from B2 to C♯7 (approximately 123 to 2270 Hz). She was able to sing notes in the low baritone register as well as notes above the range of an ordinary coloratura soprano. Both low and high extremes can be heard in the song Chuncho (The Forest Creatures) (1950)

Yma Sumac passed away at an assisted living facility in Los Angeles, California on November 1, 2008. 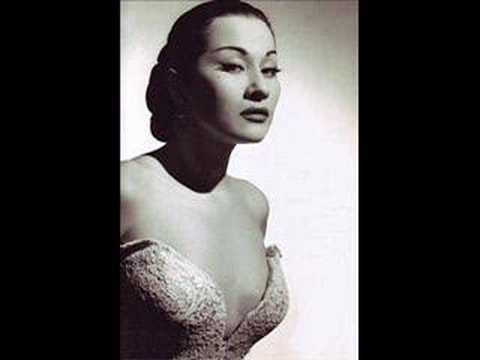 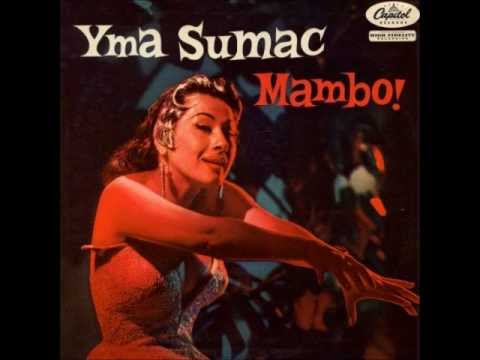 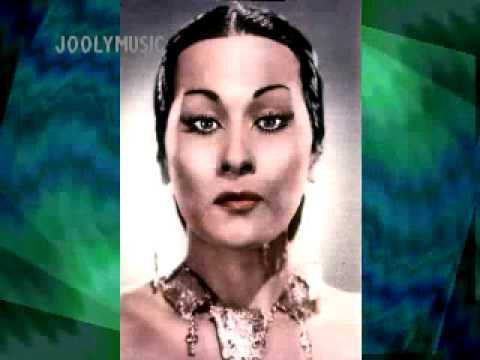 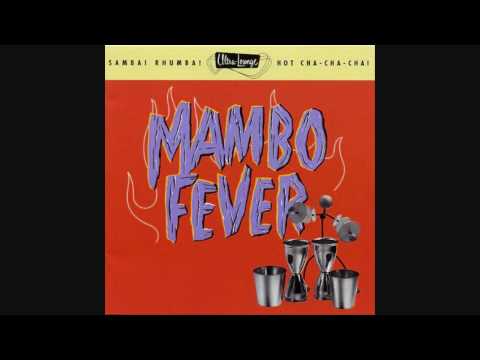 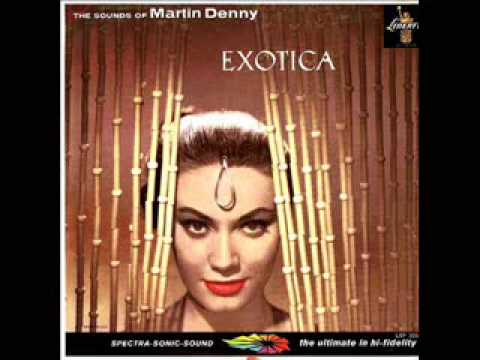 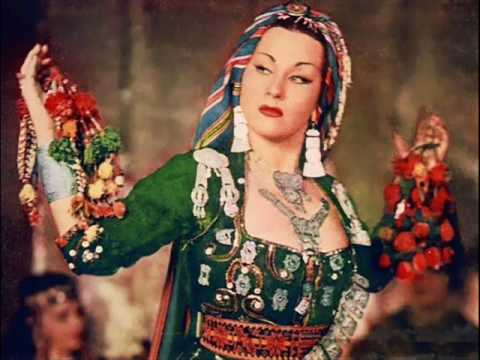 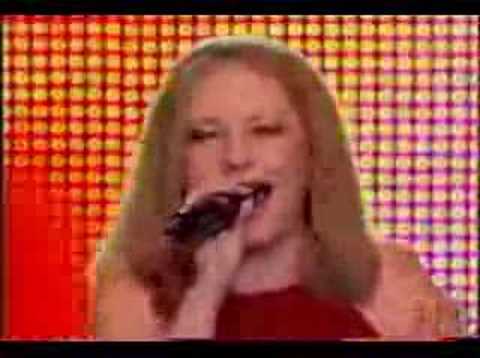 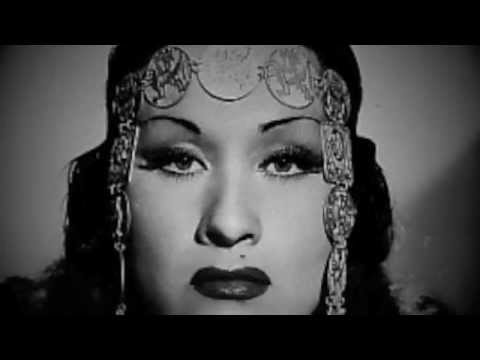 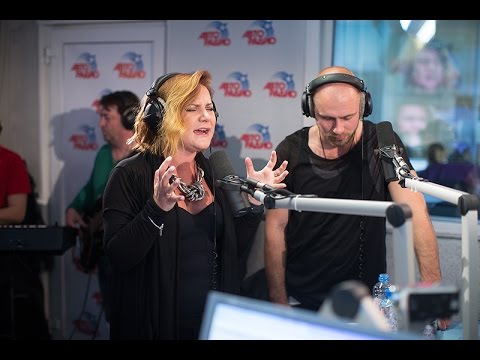