Yes is a British progressive rock band which formed in London, United Kingdom in 1968. They are best known for 1970's "I've Seen All Good People", the 1972 9-minute US Top 20 smash "Roundabout" and their 1983 #1 hit "Owner of a Lonely Heart". Despite many lineup changes, occasional splits and the influence of the many changes in popular music, the band has endured for 40 years and still retains a strong international following. Their music is marked by sharp dynamic contrasts, lush harmonies, of...

Yes is a British progressive rock band which formed in London, United Kingdom in 1968. They are best known for 1970's "I've Seen All Good People", the 1972 9-minute US Top 20 smash "Roundabout" and their 1983 #1 hit "Owner of a Lonely Heart". Despite many lineup changes, occasional splits and the influence of the many changes in popular music, the band has endured for 40 years and still retains a strong international following. Their music is marked by sharp dynamic contrasts, lush harmonies, often extended song lengths and a general showcasing of members' instrumental prowess. Arguably one of the most musically ambitious bands of their genre, Yes manages to use symphonic and other so-called "classical" structures with their own blend of musical styles - including some innovations - in a happy constructive "marriage" of music.

The original line-up consisted of Jon Anderson (vocals), Chris Squire (bass, vocals), Peter Banks (guitar, vocals), Tony Kaye (keyboards), and Bill Bruford (drums). Personnel changes brought musicians Steve Howe and Rick Wakeman into the group in 1970 and 1971 respectively. Steve Howe appears on the cover of Time and a Word, even though soon-to-be-ousted Pete Banks is the guitarist on the album. Alan White then replaced Bill Bruford in 1972. These changes had arguably the biggest influence on their music and subsequent success. The early 1970's saw Yes as one of the few influential mainstream progressive acts.

For some fans, the double-album, four-track 1973 recording Tales from Topographic Oceans - symphonic and oddly mystical, marked a point of departure. It generally received a critical mauling in the press yet went straight to No. 1 in the UK album charts. Those listeners taken by the Tales album would be enthralled by 1974's Relayer - the only album that Patrick Moraz played keyboards on - which mixed progressive rock and a jazz fusion style that at times was very free in tunes such as "The Gates of Delirium". Far from their pop beginnings, this album marked a milestone for the band and for progressive rock as a whole.

During the rise of the progressive genre, Yes pioneered the use of synthesizers and sound effects, gaining large popularity with their unique brand of mysticism and grand-scale compositions. Fragile (1971) and Close to the Edge (1972) are considered their best works - symphonic, complex, cerebral, spiritual and moving. These albums featured beautiful harmonies and strong, occasionally heavy playing. Also, Fragile contained the popular hit song "Roundabout". With the advent of punk in 1977, many considered progressive rock dead in the water. Yes, however, proved them wrong by releasing one of their most successful albums - Going for the One, which contained "Awaken", a rhythmic tour-de-force.

In 1979, Anderson and Wakeman left the band after unsuccessful recording sessions in Paris. Trevor Horn and Geoff Downes (from the new-wave band The Buggles of "Video Killed the Radio Star" fame) were recruited to replace them, and the band recorded Drama, their first album without Anderson on vocals. The resulting sound was much heavier than previous albums, particularly the opening track Machine Messiah, and a strong synth-pop influence due to the involvement of Downes and Horn, which drew some criticism and the dismissive label "Yuggles". While the new Yes was well-received in America, the band encountered more hostile audiences in England. The group split up in 1981.

The band reformed in 1983 with a new lineup featuring Squire, White, South African guitarist Trevor Rabin, and the return of Jon Anderson on vocals and Tony Kaye on keyboards. This line-up, which was eventually nicknamed "Yes West", recorded 90125 and Big Generator and enjoyed a resurgence in popularity. During these years, Yes championed digital sampling technologies and sold millions of records, influencing a generation of digital musicians with hits such as "Owner of a Lonely Heart" and "Rhythm of Love".

By the end of the 1980s, Jon Anderson formed a side project with former Yes members Steve Howe, Rick Wakeman and Bill Bruford, releasing Anderson Bruford Wakeman Howe in 1989. This led to a merger in 1990 and the album Union and the following tour with all 8 members. However, while the tour and album were commercial successes, many of the band members were dissatisfied with the album. Union was comprised of a demo recorded by the "Yes West" lineup attached to what was originally recorded as the second Anderson Bruford Wakeman Howe album, and was finished using session musicians. Bruford has disowned the album entirely, and Wakeman was reportedly unable to recognise any of his keyboard work in the final edit.

The "Yes West" lineup went on to release Talk in 1994, but sales were poor, and in 1995 Rabin and Kaye left the band. Howe and Wakeman re-joined to produce the albums Keys to Ascension in 1996 and Keys to Ascension 2 in 1997, which featured both live performances and new studio tracks, returning to their progressive style of the 1970s. Wakeman left the band shortly thereafter due to disagreements about the albums and tour.

The band collaborated with Billy Sherwood to produce the album Open Your Eyes in 1998, and Sherwood became an official member at the end of the sessions due to his significant contributions. Igor Khoroshev also performed on a few tracks and performed on the following tour, eventually becoming a full member as well.

Moving through the 1990s and into the new millennium, the band has moved back towards progressive influenced music and today keeps pushing the boundaries by using the latest hard-disk recording techniques.

In 1999 they worked with Relic Entertainment, providing the song "Homeworld (The Ladder)" for the PC game Homeworld. Although Sierra Entertainment later released a CD with the soundtrack they, for no apparent reason, chose not to include this song on the CD. It can however be found on the 1999 album The Ladder.

After the departure of Sherwood in 2000 and Khoroshev in 2001, Yes recorded Magnification in 2001 without a keyboardist, instead featuring a full orchestra. Rick Wakeman re-joined the band the next year, and in 2003 the band recorded five tracks that were added as a 3rd CD in the compilation Ultimate Yes: 35th Anniversay Collection, including acoustic versions of "Roundabout" and "South Side of the Sky".

In 2008, when the band was about to begin their 40th anniversary tour, Jon Anderson suffered from a throat infection and was unable to participate. Benoit David, from Canadian Progressive Rock band Mystery and Yes tribute band Close To The Edge, was recruited to fill in on vocals for the tour. In 2009, he was named as Anderson's permanent replacement. Rick Wakeman's son Oliver Wakeman also joined the band on keyboards.

The band recorded Fly From Here in 2011, their first new album in 10 years, with David on vocals and Trevor Horn as producer. Before the album was completed, Wakeman was replaced by Geoff Downes, bringing together the Drama lineup and a similar sound. The title track was originally conceived in 1981, and it was refined and extended into 20-minute six-part epic.

In February 2012, after contracting a respiratory illness, David was replaced by Glass Hammer vocalist Jon Davison who, like David, was discovered while fronting a Yes cover band. In 2014, Yes released Heaven & Earth with Davison performing vocals.

On May 19, 2015, Chris Squire announced that he would be unable to join the band on their North American tour with Toto due to being diagnosed with Acute Erythroid Leukemia (AEL), an uncommon form of Acute Myeloid Leukemia (AML). Billy Sherwood would perform with the band in his place.

It’s with the heaviest of hearts and unbearable sadness that we must inform you of the passing of our dear friend and Yes co-founder, Chris Squire. Chris peacefully passed away last night (27 June 2015) in Phoenix, Arizona. 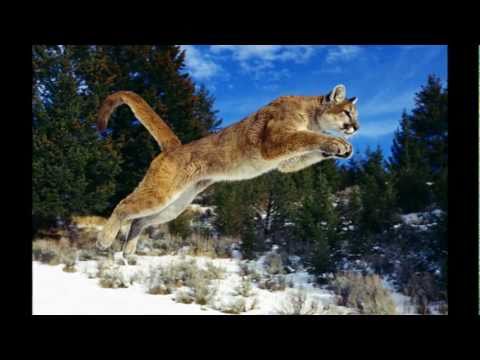