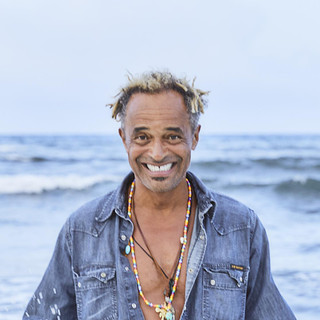 Yannick Noah is a former tennis player who, notably, won the French Open in Roland Garros. A French singer-songwriter from Cameroon and France, he has managed to become a respected artist, singing largely inoffensive pop songs with a slight reggae side to them. Born in the French town of Sedan on 18 May 1960, Yannick Noah grew up with a rich mixed African and European culture at home, living with his Cameroonian father, Simon, and French mother, Marie-Claire. The family returned to Cameroon in...

Yannick Noah is a former tennis player who, notably, won the French Open in Roland Garros. A French singer-songwriter from Cameroon and France, he has managed to become a respected artist, singing largely inoffensive pop songs with a slight reggae side to them.

Born in the French town of Sedan on 18 May 1960, Yannick Noah grew up with a rich mixed African and European culture at home, living with his Cameroonian father, Simon, and French mother, Marie-Claire. The family returned to Cameroon in Yannick's early childhood after his father, a professional football player, was seriously injured in an accident. The Noahs took up residence in the Cameroonian capital, Yaoundé, in 1963, but retained close links to France throughout their stay.

Listening to the likes of Jimi Hendrix and Bob Marley in his teenage years, Yannick soon developed a real passion for music. But the young teenager also appeared to have inherited his father's sporting talent. Yannick proved to be an absolute wizard on the tennis court and, encouraged by a couple of teachers, he spent hours on the courts training his front and backhand. His long hours of training were soon rewarded, too. Yannick's talent was spotted by legendary American tennis star Arthur Ashe and he won a return ticket to France, where he got the benefit of a professional coaching-and-education programme at the French Tennis Federation in Nice.

Spending long months away from his family and friends back in Cameroon weighed heavily on the 11-year-old's shoulders, but his passion for music helped him overcome these early years of exile and solitude. And the intensive training proved worth it in the end. For Yannick went on to enjoy a brilliant sporting career on the tennis courts, winging his way into the record books and tennis fans' hearts when he won the French Open at Rolland Garros in 1983.

On the courts, in the charts

After establishing himself as one of France's most popular tennis stars, Yannick took early retirement from the courts and turned his attention to music. This was a particularly challenging route to go down, given that other French sports celebrities who had attempted to reinvent themselves as pop stars had ended up failing miserably. In 1990 Yannick kicked his career off in style, however, recording a single called "Saga Africa". His record company took the cunning step of signing a deal with the privately-owned TV channel TF1 and his video ended up being broadcast regularly on the channel in between programmes and adverts.

Needless to say, "Saga Africa" rocketed to the top of the French charts within a few weeks of its release and thousands of French music fans found themselves humming the catchy chorus line on the way to work. And in 1991 when Yannick captained France's national tennis team to victory in the Davis Cup, trainers and players broke into an impromptu performance of "Saga Africa" as they went to receive their trophy!

Yannick's debut album "Black & What", released later that year, certainly benefited from the popularity of "Saga Africa" (not to mention the French team's victory dance at the Davis Cup!) Featuring lyrics in French, English and Cameroon dialect – written by Noah himself – and contributions from a host of leading music stars including Manu Dibango, Kamil Rustam and Idrissa Diop, "Black & What" went on to sell a very respectable 600,000 copies.

Following the release of the album, Yannick turned his attention back to the courts for a while, coaching the French women's team to victory in the Fed Cup in 1996.

The pop star with a big heart

Meanwhile, Yannick put his celebrity status at the service of several French charities, investing a huge amount of time and effort in humanitarian causes such as the "Association des enfants de la terre." This organisation, set up in collaboration with his mother in 1988, provides a temporary home for children in need. Yannick also plays the role of patron and major fund-raiser for "Fête le Mur", an association which gives free use of sports facilities to children and teenagers from under-privileged backgrounds. (Yannick is often to be found on the courts, racket in hand, in fact, giving tennis lessons to the youngsters!) Raising funds for a variety of charities including his own associations and the feed-the-homeless organisation "Restos du cœur" and starring in a number of TV adverts, Yannick rarely seems to be off the screen.

Yannick's frequent appearances on French TV did not appear to help sales of his second album, however. Released in 1993, "Urban Tribu" (inspired by the work of John Lennon and Jimi Hendrix and recorded in English) failed to make any sort of impact on the French charts, despite the massive promotional campaign masterminded by Yannick's record label. Yannick took to the road to promote his new album nevertheless, embarking upon a major national tour with his group Zam Zam. The "Urban Tribu Tour 93" featured some 40 dates and Yannick's on-stage charisma worked just as well on the stage as it did on the courts!

Parallel to his hectic recording and sporting career, Yannick also finds time to spend with his family. He is the proud father of four young children - Yoachim and Yelena from his first marriage with Cécilia Rhode (Miss Sweden 1978) and Elyjah and Jenayé from his current marriage to top model Heather Stewart-White. (All currently live in New York).

Somewhere in the midst of his hectic schedule, Yannick also found time to write his autobiography, "Secrets etc…" (published by Editions Plon in April 1997). In the book he meditates on the nature of fame and what role celebrities can play, defending his decision to reveal something of his personal life sometimes. "I may choose to give people a glimpse into my personal life every now and then, but it's never done in a spirit of immodesty or provocation. I'm simply trying to show how, by accepting yourself as you are and admitting your weaknesses as well as your strengths, you can work towards building your own happiness. And that is always a first step towards contributing to others' happiness as well!"

Yannick returned to the music news in the summer of '97 with a new single entitled "Oh rêve". Needless to say, his audacious adaptation of "La Marseillaise" - originally written by Rouget de Lisle in 1792 and adopted as the French national anthem - was bound to ruffle a few feathers. Yannick's pacifist reworking of "La Marseillaise"'s war-like and ultra-patriotic message was not to everyone's liking. Indeed, several war veterans' associations protested against the tennis hero's new version.

Back in the charts

Three years later Yannick returned to the studio to work on a new album. Recorded between Paris and the Cameroonian town of Kribi and released in September 2000, Yannick's eponymous new album was destined to put him back at the top of the charts. "Yannick Noah" also found the former tennis star paying tribute to his African roots. The first single release from the album, "Simon Papa Tara", was specially dedicated to his late grandfather, a village wiseman whom Yannick claimed appeared to him in a vision one night in 1985 and changed the course of his life.

Yannick's celebration of his African origins on this album was reminiscent of the spirit of "Saga Africa" – and it proved to be every bit as successful with the French public. The famous dreadlock-coiffed pop star invited a host of prestigious songwriters and composers (including Jean-Jacques Goldman, Jean Kapler and Eric Benzi) to work on his new album and the result was a superb fusion of African and European influences. Yannick described his catchy, original sound as 'Afro-reggae'. "Les Lionnes", the second single release from the album, confirmed the album's popularity with the French public, rocketing to the top of the charts shortly after its release.

After taking part in the Ricard Live Music tour in July and August 2000, Yannick hit the live circuit again at the end of the year, supporting David Hallyday at the Olympia on 5 December. The following year he appeared at the "Fête de la musique 2001" and returned to the Olympia on 2 July, this time round as the headlining star. In October 2001 Yannick went on to perform a special fund-raising concert for "Les Enfants de la terre" and then kicked off an autumn tour, bringing the house down at Le Zénith in Paris on 21 November.

In 2002 Yannick Noah continued touring and performed in many summer festivals. Very keen on stage performance, he and his faithful team of musicians try to give their audience—which is often composed of many children—the best of themselves.

In June 2003 he performed as curtain raiser at Johnny Hallyday’s tour of the French stadiums. Then at the end of August he released a new album entitled "Pokhara" after a town in Nepal. Penned by Eric Benzi, Jean Kapler and Jacques Veneruso, the tracks were tailored to Yannick Noah’s style, producing a result very similar to that of his former album. The first single was called "Si Tu Savais".

The album went on to sell over a million copies.

2004 was taken up with an extensive tour, which included a concert at the Paris-Bercy Omnisports stadium in October 2. It was also the year his partner Isabelle gave birth to his son Joalukas.

In early June 2005, Yannick Noah released an album entitled "Métisse(s)", which was half live and half new material. It included a duet with Diziz la Peste, another with Jamaican artist Jimmy Cliff, and a cover of Téléphone's "la Bombe humaine". Over the summer, he kicked off an acoustic tour with dates at the Casino de Paris from June 27 to July 2, and the Grand Rex from July 6-7.

In the autumn of 2006, Noah returned to the music spotlight with a new album, "Charango" (named after a traditional string instrument from Bolivia). This album, on which he recruited the services of the same songwriting and composing team as on his previous albums, found the former tennis star looking to Latin America for inspiration and making full use of distinctive Latin American rhythms. "Donne moi une vie", the first single release from the album, was soon followed by "Aux arbres citoyens", a topical environmental wake-up call.

Noah hit the road again in May 2007, embarking upon a major French tour.

The Yannick Noah story is a lesson in how a famous sports personality has successfully reinvented himself as a singer/musician. Yannick's on-going popularity with the French public is also fuelled by his public commitment to his personal principles. Promoting peace, tolerance and solidarity through his music as well as his charity work, Yannick Noah has proved to be a pop star with a heart of gold. Read more on Last.fm. User-contributed text is available under the Creative Commons By-SA License; additional terms may apply. 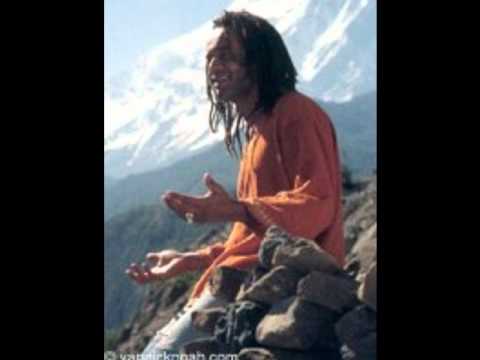 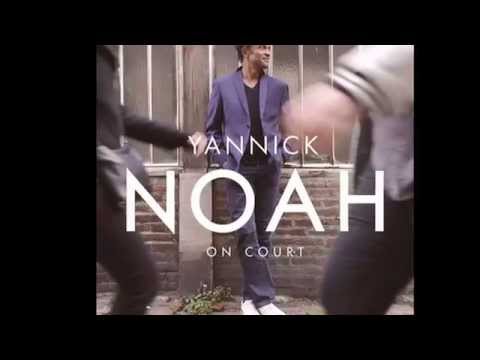