World Burns To Death is a hardcore punk/D-beat band from Austin, Texas. Formed in 2000, the current lineup (as of June, 2006) consists of: Severed Head of State lead vocalist Jack Control Scorched Earth Policy; Zac Tew, guitar; Craig Merritt, bass; and Jon Guerinot, drums. Current and former members are also involved with other bands, including From Ashes Rise, Kegcharge, The Bulemics, and Krematorium Dogs. World Burns To Death's singer, Jack Control, was stabbed outside of a show in late Januar...

World Burns To Death is a hardcore punk/D-beat band from Austin, Texas. Formed in 2000, the current lineup (as of June, 2006) consists of: Severed Head of State lead vocalist Jack Control Scorched Earth Policy; Zac Tew, guitar; Craig Merritt, bass; and Jon Guerinot, drums. Current and former members are also involved with other bands, including From Ashes Rise, Kegcharge, The Bulemics, and Krematorium Dogs. World Burns To Death's singer, Jack Control, was stabbed outside of a show in late January, 2006. The weapon, a 5" knife, barely missed his heart.

World Burns To Death take their name from the title of a song by the early 1980s Finnish hardcore punk band Bastards. In addition, the name reflects the band's apocalyptic imagery and grim outlook on world events. Sometimes the band's name is abbreviated as WB2D or WBTD.

As well, World Burns To Death's music reflects the tradition of '80s purist American hardcore (Negative Approach and Minor Threat), European bands influenced by, and including, Discharge, and Japanese hardcore punk (Burning Spirits). Also in the mix may be hints of black metal and crust.

The earliest World Burns To Death EPs are astonishingly fast and lean more in the direction of Japanese hardcore punk. The band's debut full-length, 2002's The Sucking of the Missile Cock, saw the tempo slow slightly. Also displayed on the LP are greater attention to songwriting and production. Whereas the earliest EPs sound raw and almost impossibly fast, The Sucking of the Missile Cock has a larger, richer sound, with vocal duties alternating between Jack Control and guitarist Zac Tew. The LP was almost universally lauded in punk fanzines and websites upon its release. In 2002, famous British DJ John Peel played songs from World Burns To Death's Human Meat...Tossed to the Dogs of War 7" EP and accorded it "recommended" status at his webpage before his death.

World Burns To Death currently tour and record in a militantly underground milieu of DIY punk bands that includes Tragedy, Bury the Living, Paintbox, Hellshock, Inepsy, Gouka, and others. The insert in Sucking of the Missile Cock underscores the band's underground convictions: "No Fucking Copyright...Fuck That Shit."

Almost without exception, World Burns To Death's aesthetic preference is for Holocaust imagery in accordance with their allegiance to victims of oppression and hatred of fascism; t-shirts, posters, and record covers stick to this formula. These images mirror the lyrical themes of the band, which detail crimes against humanity, religious hypocrisy, religion's effect on society, class oppression, nationalism, and man's general inhumanity to man.

The 'tsadi' logo is the band's striking logo usually appears written in Hebrew, in the Chaya font. The Hebrew wording might appear to be a literal translation of the band's name, but it is not. Rather, it is "World Burns To Death" typed out on a standard English computer keyboard with the Chaya font installed. Thus, pressing the "W" key on a standard English computer keyboard would produce the corresponding Hebrew symbol, a 'tsadi' (which looks somewhat like the English letter "y"). The tsadi (sometimes spelled "tzaadi") has become the band's logo. The logo is also noteworthy because the symbol is an inscription commonly used on Israeli army munitions. In addition, the tsadi "Y"-looking symbol is of prime significance in the Kabbalah (the Hebrew metaphysical scripture) identifying "one who fights for the righteous good of mankind". This duality of a cryptic non-language written in an occult alphabet, as well as the deep symbolism, creates an imagery and lexicon that has incited confusion and controversy with those exposed to the aesthetic. The usage of the Chaya lettering lends the band's releases a perhaps unintentional occult look, something that may have helped the band gain popularity among members of the black metal community. (Fenriz of Darkthrone cites World Burns To Death as a favorite band, as does Maniac from Mayhem.)

The band's English font is an Anglicized version of Chaya font characters. This font may have been inspired by that used on the cover of Simon Wiesenthal's 1990 book Justice, Not Vengeance. Singer Jack Control designs the fonts, writes the lyrics, and provides the band's graphics.

The band's lyric sheets contain references to, or quotes from, writer William Shakespeare, German philosopher Friedrich Nietzsche, individualist anarchist Max Stirner, leftist writers Susan Sontag and Herbert Marcuse, political prisoner Stephen Biko, and others. Sometimes quoted for ironic effect are the inscriptions above concentration camps, such as the "Welcome to the Jewish State" statement written on Belzec's gates, which is quoted in the No Dawn Comes...Night Without End 7" EP. Although the imagery of death camps, gulags, and scenes of genocide appear often (in artwork and lyrics), the point is to underscore the effects of war, barbarism, and ultimately to expose the bleak horror of the human condition, and not celebrate or exploit in in any way (as the lyrics indicate).

Some of World Burns To Death's lyrics focus on traditional punk concerns, like the hypocrisy of patriotism within the punk scene, such as the title song of The Sucking of the Missile Cock: "Punks wrapped up in fucking flags / I'd like to wrap you up in body bags / Take your fucking toe tags / Add them to the list of traitors / When did this patriotic pox / Start infecting our punk rock? / Cops and jocks in mohawks / Sucking on the missile cock."

Other songs cover terrorism (and how it's selectively defined by powerful interests), global imperialism, the tendency of many people to be complicit in their own oppression ("In the Country of the Blind...the One Eyed Man is King"), and more. 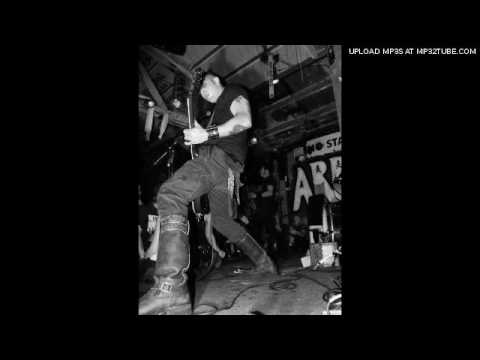 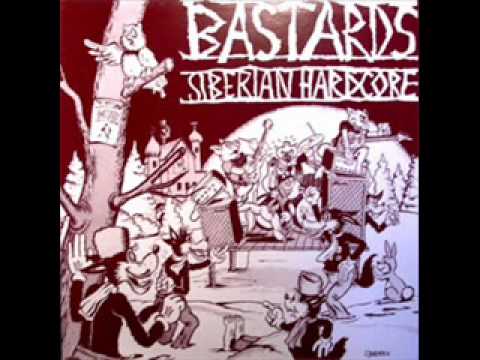