We Shot the Moon

While it’s common practice in rock bios to liken an act to something familiar, it’s hard to do that with San Diego’s We Shot The Moon. That’s because it’s virtually impossible to compare them to any other band out there…not for more than a track or two, at least. We Shot The Moon--led by former Waking Ashland frontman Jonathan Jones--is a piano-heavy indie rock five-piece that formed in the year 2007. On September 29, the band releases its infectious sophomore LP, A Silver Lining, the follow-up...

While it’s common practice in rock bios to liken an act to something familiar, it’s hard to do that with San Diego’s We Shot The Moon. That’s because it’s virtually impossible to compare them to any other band out there…not for more than a track or two, at least. We Shot The Moon--led by former Waking Ashland frontman Jonathan Jones--is a piano-heavy indie rock five-piece that formed in the year 2007. On September 29, the band releases its infectious sophomore LP, A Silver Lining, the follow-up to 2008’s Fear and Love, on Minneapolis-based label Afternoon Records.

But if you require a description of the band before reading more about We Shot The Moon, let’s just say that A Silver Lining possesses shades of Jack’s Mannequin, Coldplay, Switchfoot, Muse, and Weezer. According to Jones, the band specializes in “quirky rock” that’s layered, thick, and replete with ambient noise, and it’s for that reason “we fall through the cracks, which I think, ultimately, is a good thing. We don’t fit in to the the super-indie hipster crowd. We’re not gimmicky--we’re real, we hit wrong notes live and that’s ok.”

Born not long after the death of Jones’ previous band, Waking Ashland, which dissolved amid internal strife and struggle, We Shot The Moon ended what was four months of musical limbo for Jones. “I was working this terrible pizza delivery job, and I was literally washing dishes when I got this call from my friend (Sherwood’s) Dan (Koch), and he asked me what I was doing, so I told him…‘Well, I’m washing dishes, Dan,’” recalls Jones. But Koch told him he shouldn’t be driving large pies all around town, because he wasn’t done playing music.

“Dan really inspired me to start writing songs again, and that’s basically how the band was formed,” JONES says. He added various players to the band’s ranks, including drummer Trevor Faris, with whom he’d had plans to start a band with before Waking Ashland took shape, and, just to make sure he didn’t back out, bought a 15-passenger van. “I knew if I bought a van, I would have to do it,” he says. “So I did and I haven’t looked back since.”

Last year, We Shot The Moon played more than 300 live dates, and Jones says they’ll play 365 this year if they must, because A Silver Lining is an album they’re just itching to rip through onstage. This fall, they’ll be headlining a run of shows with support from Mansions and The Record Life on the West Coast and Lights Resolve and Destroy on the East Coast.

A Silver Lining contains 11 tracks, including the radio-ready opener “Miracle,” “In Good Time,” and “Amy,” a song inspired by a woman JONES met last year on tour, “and I kind of had that moment where you meet someone, and everything clicks.” Unfortunately, things didn’t work out. “At least I got a song out of it. She had her own baggage, and I didn’t mind it, because I thought we would help each other out.”

Other A Silver Lining standouts include “Should Have Been” and “Woke Her Up,” which JONES says most people will relate to, as it tackles those moments in life when maybe we’ve second-guessed our decision or direction. “It’s one of my favorite songs on the record,” JONES explains. “I’ve never been so honest in my writing, and I hope, through the honesty, our audience is really able to connect.”

Most songs carry a positive message. “The Brightside,” for instance, imparts the message that “you shouldn’t give up on your life and that you need to keep a positive perspective, because sooner or later, things will work themselves out.” The song features orchestral sounds, compliments of producer Mike Green (Paramore, The Matches), who JONES says “pushed our sound to a new level.”

The album’s first single, “Red Night,” is something of a departure for the band, as it’s admittedly the edgiest song on the record. “The guitars get right down to business,” Jones enthuses. “It’s very overdriven, and that’s new for us. It’s a complete rock song, with more guitar riffs. In the past, the riff stuff was done more on piano, so, it’s us branching out, and going in a slightly different direction. I think it may hint at the future sound of this band…depending on what the response is.” Read more on Last.fm. User-contributed text is available under the Creative Commons By-SA License; additional terms may apply. 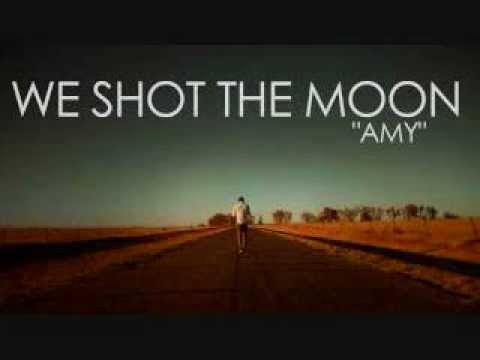 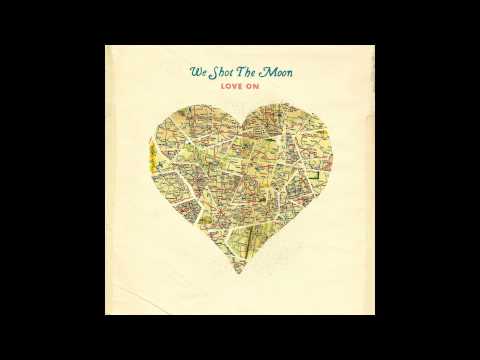 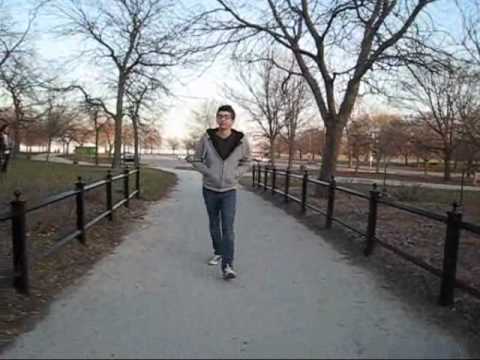 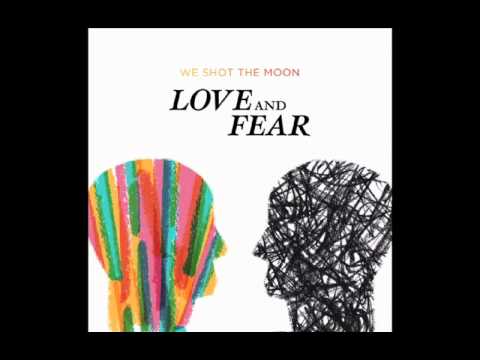 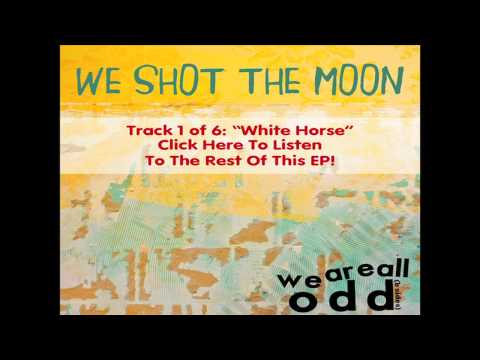 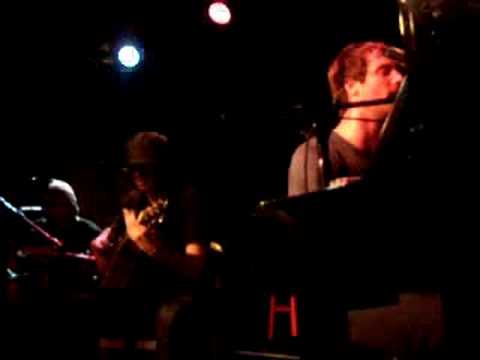 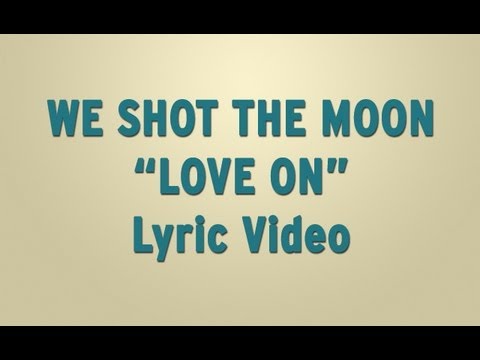 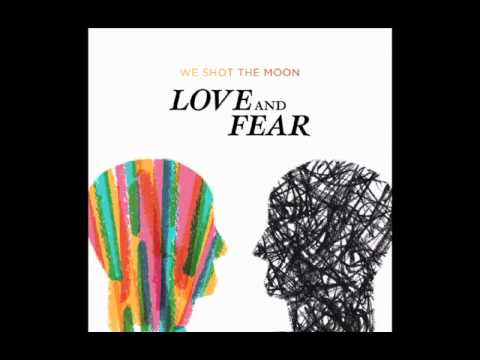 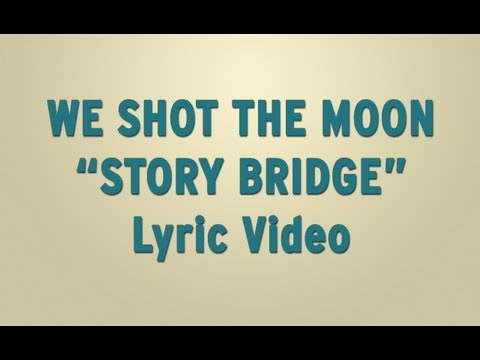 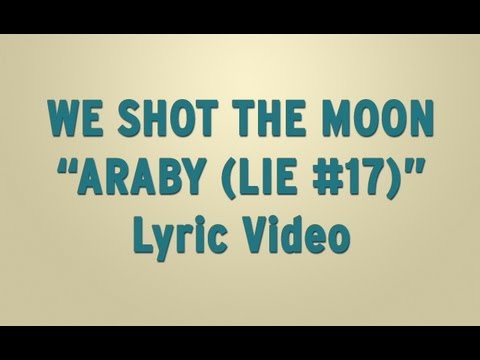 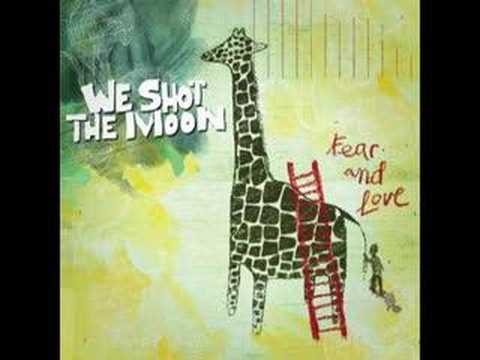 We Shot The Moon-Upon Waking She Found Herself A Cougar