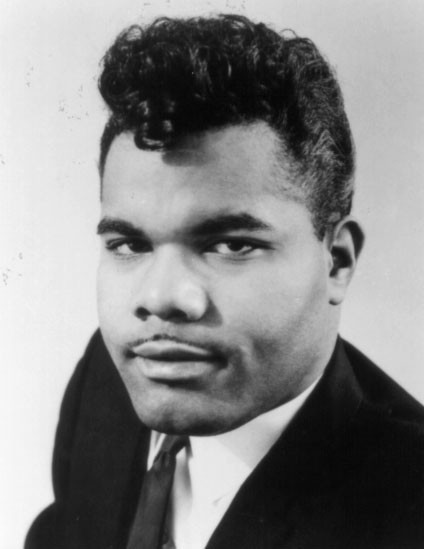 WALTER JACKSON (March 19, 1938, Pensacola, Florida - June 20, 1983, Chicago, Illinois) Walter Jackson was an R&B singer with a big band pop soul sound. When first starting to perform he seemed destined to make a tremendous impact, but for some reason fell just short of this prediction. Never the less some feel the Walter left a collection of some of the finest R&B music from that era. Crippled from childhood with Polio, Walter was on crutches most of his life. Yet his disability enhanced his...

Walter Jackson was an R&B singer with a big band pop soul sound. When first starting to perform he seemed destined to make a tremendous impact, but for some reason fell just short of this prediction. Never the less some feel the Walter left a collection of some of the finest R&B music from that era. Crippled from childhood with Polio, Walter was on crutches most of his life. Yet his disability enhanced his performances more than detract from them. It seemed to give him an ability to interpret and project his music with a much deeper emotion and never dampened his ambition or enthusiasm. During his lifetime, as with so many artist of that era, he never found a way to connect with more than a few fans outside R&B circles. Whether “not in tune with the times” or perhaps “ahead of the times” he none-the-less has left us with a collection of unbelievable music.

Walter and his parents moved to Detroit when he was still a baby and there he later attended Northwestern High School singing whenever he had the opportunity. His first recording experience came in 1959 as lead singer with a local group, the Velvetones (Ronald Head, Neil Magby, Bobby Jones and Mary Nicholson). After the group broke up, he unsuccessfully auditioned for Motown. Then in 1962 he got his first real break. Okeh Records A&R director, Carl Davis was in a local piano bar one evening and by chance heard Walter performing. Davis’ first impression of Walter’s commanding voice was that of Nat “King” Cole, Joe Williams, Arthur Prysock or Billy Eckstine. Actually Walter was influenced more by these pop singers than by gospel singers. Davis arranged for Walter to join him in Chicago at the studio along with Curtis Mayfield, Van McCoy and other top writers. His solo career began with the first release in 1962 “I Don't Want to Suffer” which only made a little splash, but got Walter noticed. In 1963 “That’s What Mama Say” was released followed by "Funny (Not Much)" and “It’s All Over” in 1964. The latter of these issues made the R&B charts and was An R&B hit, but neither had any crossover success. In 1965 “Welcome Home” reached No 15 in the R&B chart, and “Suddenly I'm All Alone” reached No 13. In 1966 when Davis left Okeh, Ted Cooper took over the production of Walter’s recordings and created enough of a pop sound to push Jackson into the spotlight. In 1966 he released "Speak Her Name" and "It's an Uphill Climb to the Bottom". These were both solid R&B hits the latter, his biggest, peaking at No. 11 on the R&B charts. But in 1967 his powerful version of “My Ship Is Comin' In” did not chart. Despite the obvious pop crossover potential of his recordings, he remained unknown to most white listeners. Then with the record company fading Walter moved to Epic, unfortunately with little success. A minor hit ended the 60's, “Any Way That You Want Me” on the Cotillion label.

In the 1973 Walter again teamed up with Davis at the Chi-Sound label later releasing covers of songs like Morris Albert’s, "Feelings" in 1976 and Peter Frampton’s, "Baby I Love Your Way" in 1977. After the release of several albums with his now signature pop and mainstream sound, but with diminishing health, Walter reluctantly retired from performing.

In 1982 Kelli-Arts label issued “Touching in the Dark” b/w “If I Had a Chance”. Walter Jackson passed away from a cerebral hemorrhage in 1983. Three days earlier Chi-Sound released “It's Cool” and after his passing a memorial album was released. Since then numerous greatest hits and commemoration albums have been released.

His music influenced many artists that followed. Among them, Luther Vandross, Barry White, Freddie Jackson and Teddy Pendergrass. His music lives on, leaving his old fans with great enjoyment as well as winning over many new fans to the magic of his Chicago, big band soul sound. 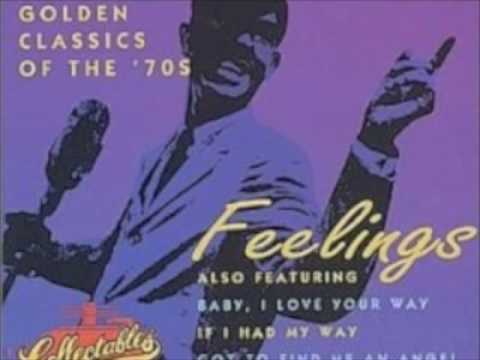 Got to Find Me an Angel