This is Vera Lynn

Dame Vera Margaret Lynn (Vera Margaret Welch, 20 March 1917 - 18 June 2020) widely known as "the Forces' Sweetheart", was an English singer, songwriter and actress. Her musical recordings and performances were enormously popular during the Second World War. During the war she toured Egypt, India, and Burma (Myanmar) as part of ENSA, giving outdoor concerts for the troops. The songs most associated with her are "We'll Meet Again", "The White Cliffs of Dover", "A Nightingale Sang in Berkeley Squa...

During the war she toured Egypt, India, and Burma (Myanmar) as part of ENSA, giving outdoor concerts for the troops. The songs most associated with her are "We'll Meet Again", "The White Cliffs of Dover", "A Nightingale Sang in Berkeley Square" and "There'll Always Be an England".

She remained popular after the war, appearing on radio and television in the UK and the US and recording such hits as "Auf Wiederseh'n Sweetheart" and her UK Number one single "My Son, My Son". Her last single, "I Love This Land", was released to mark the end of the Falklands War. In 2009, at age 92, she became the oldest living artist to top the UK Albums Chart.

She has devoted much time and energy to charity work connected with ex-servicemen, disabled children, and breast cancer. She is held in great affection by veterans of the Second World War to this day and in 2000 was named the Briton who best exemplified the spirit of the 20th century.

Vera Margaret Welch was born in East Ham, London. She began performing publicly at the age of seven and adopted her maternal grandmother's maiden name, Margaret Lynn, as her stage name when she was eleven. Her first radio broadcast, with the Joe Loss Orchestra, was in 1935. At this point she was being featured on records released by dance bands including those of Loss and of Charlie Kunz.
Vera Lynn made her solo recording debut with the song "The General's Fast Asleep" on the 3rd October 1935, accompanied by the Rhythm Rascals (A pseudonym for Jay Wilbur's orchestra). The 9" 78 rpm single was issued on the Crown Records label, which went on to release a total of 8 singles recorded by Vera Lynn and Charles Smart on organ. Early recordings include "I'm in the Mood for Love" and "Red Sails in the Sunset".
In 1938 the Decca label took over control of the British Crown label and the UK based Rex label, they had also issued early singles from Lynn in 1937, including "Harbour Lights". In late September 1939 Vera Lynn first recorded a song that continues to be associated with her: "We'll Meet Again" was originally recorded with Arthur Young on the Novachord.
In 1940 she began her own radio series, "Sincerely Yours", sending messages to British troops stationed abroad. In this radio show she and a quartet performed the songs most requested to her by soldiers stationed abroad. She also went into hospitals to interview new mothers and send messages to their husbands overseas. She toured Burma and gave outdoor concerts for soldiers.
In 1941 Vera Lynn married Harry Lewis, clarinettist, saxophonist and fellow member of Bert Ambrose's orchestra.
In 1942 she recorded the Ross Parker/Hughie Charles song "We'll Meet Again" while making the film of the same name. The nostalgic lyrics ("We'll meet again, don't know where, don't know when, but I know we'll meet again some sunny day") had a great appeal to the many people separated from loved ones during the war, and it became one of the emblematic songs of the wartime period.
After the war, her "Auf Wiederseh'n Sweetheart" became the first record by a British artist to top the US charts, doing so for nine weeks, and she appeared regularly on Tallulah Bankhead's US radio programme "The Big Show". "Auf Wiederseh'n Sweetheart", along with "The Homing Waltz" and "Forget-Me-Not" gave Lynn a remarkable three entries on the first UK Singles Chart, a top 12 (which contained 15 songs owing to tied positions).
Lynn's career flourished in the 1950s, peaking with "My Son, My Son", a number-one hit in 1954. It was co-written by Eddie Calvert.
Throughout the 1940s and 1950s the Decca label issued all of Lynn's records, including several recorded with Mantovani and His Orchestra in 1942 and with Robert Farnon, from the late 1940s. Firstly they were only available as 78 rpm singles, which only feature two songs an A and a B-side. In the mid-1950s Decca issued several EP singles, which featured between two and four recordings per side, such as Vera Lynn's Party Sing Song from 1954 and singles were issued on two formats the known 78 rpm 10" and the recently introduced 45 rpm 7" single. In the late 1950s Lynn recorded four albums at Decca, the first; Vera Lynn Concert remains her only live recording ever to be issued on vinyl.
In 1960, after more than 20 years at Decca Records, Lynn signed to the US based MGM Records. In the UK her recordings were distributed by the His Masters Voice label, later EMI Records. Several albums and stand-alone singles were recorded with Geoff Love & His Orchestra. Norman Newell also took over as Lynn's producer in this period and remained with her until her 1976 album Christmas with Vera Lynn. Recording at EMI Records up until 1977, Lynn released thirteen albums with material as diverse as traditional Hymns, pop and country songs, as well as re-recording many of her known songs from the 1940s for the albums Hits of the Blitz (1962), More Hits of the Blitz and Vera Lynn Remembers – The World at War (1974). In the 1980s two albums of contemporary pop songs were recorded at the Pye Records label, both including covers of songs previously recorded by artists such as ABBA and Barry Manilow.
In 1982 Lynn released the stand-alone single "I Love This Land", written by André Previn, to mark the end of the Falklands War. Lynn's last recordings before her retirement were issued on the 1984 album Vera Lynn Remembers, produced by her husband, Harry. The album featured 17 re-recordings of songs known and associated with Lynn over her career.

In 1976 she received an honorary doctorate from the Memorial University of Newfoundland. In 1977 She was made an honorary citizen of Nashville, Tennessee. She received the Freedom of the City of London in 1978.

She was appointed Member of the Order of the Companions of Honour (CH) in the 2016 Birthday Honours for services to entertainment and charity.

A preserved example of the WD Austerity 2-10-0 class of steam locomotives at the North Yorkshire Moors Railway is named Dame Vera Lynn.
Read more on Last.fm. User-contributed text is available under the Creative Commons By-SA License; additional terms may apply. 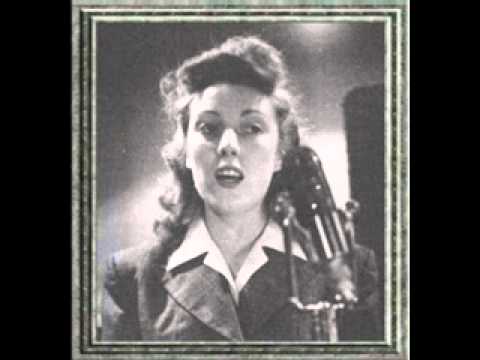