Valley of the Giants

Over the years a few individuals have been able to capture the wandering, dust-caked, sonic isolation of Ennio Morricone and Sergio Leone, transferring the Italian's love of the West into indie rock emotional detachment. Yo La Tengo. Pell Mell. Early Calexico. Giant Sand/Howe Gelb. The list is a short one, but a revered one. Valley of the Giants is the latest outfit deserving of keeping such illuminated company. And their self-titled debut is an amazing wash of melancholic instrumentation, forlo...

Over the years a few individuals have been able to capture the wandering, dust-caked, sonic isolation of Ennio Morricone and Sergio Leone, transferring the Italian's love of the West into indie rock emotional detachment. Yo La Tengo. Pell Mell. Early Calexico. Giant Sand/Howe Gelb. The list is a short one, but a revered one. Valley of the Giants is the latest outfit deserving of keeping such illuminated company. And their self-titled debut is an amazing wash of melancholic instrumentation, forlorn vocalization, and enough sun choked, cacti laced ambiance to fill the soundtracks of at least a dozen alternative Westerns.

In fact, while VOTG owe a debt to the images of Leone and the soundscapes of Morricone, they are in truth more aligned with the works of Alejandro Jordorowsky (El Topo), delivering an array of music that is far more skewed than it is traditional. But then nothing about this "supergroup"—the loose knit combo is comprised of members of Broken Social Scene, Shalabi Effect, Godspeed You! Black Emperor, Strawberry, and Do Make Say Think--is traditional. Hell, on paper the album looks more like an EP than a full-length, that is until you realize that the bulk of the eight tracks included all exceed 6-minutes (one is an epic even 10-minutes!). And with a rotating cast of 12 musicians, it's more like a mini-orchestra than an indie rock ensemble.

The album packaging itself is highly indicative of the aural array to be found on the disc itself. Rendered in a somewhat washed-out sepia tone, the stark image of Monument Valley brings to mind the wondrous images of John Ford, while the black ink spatters of the band's name hints at the eclectic "chaos" that they will be throwing into the collective images of the Wild West. To wit, the lead-off track, "Claudia & Klaus," is a sprawling instrumental that owes as much to the folk ways of Appalachia as it does to the windswept desert plains of yore. Built around a careening, atonal fiddle riff, the song builds with bits of ragged acoustic guitar—strums, pickings, and gentle rhythms that quietly layer themselves over the hypnotic drone.

While "Claudia & Klaus" definitely sets the tone, it's "Westworld" that is the most epic inclusion on the album. Apparantly written after the core group of musicians enjoyed a home viewing of Michael Crichton's cult classic film, this song alone is worth the price of admission, its all-too-brief 6-minutes and 26-seconds bringing more emotional intensity than some artist's entire albums. Once again the song mines the depths of melancholic terrain, laying down a foundation that consists of wandering guitar, a simplistic bass lumber, and a detached snare drum beat. The coup d'grace comes in the form of Deirdre Smith's somewhat aloof and altogether breathless vocalizations. Her voice literally drifts and hovers above the sparse instrumentation, providing the song with a glowing sense of bittersweet bliss. That it continues to build in both intensity and emotion further adds to the mystique, making it the type of song that will not only linger, but will simultaneously sends chills up your spine and tears streaming down your cheeks. Beautiful. Haunting. Memorable beyond all description.

If Valley of the Giants only output had consisted of the aforementioned "Westworld," they still would have been a great one-off group with a great body of work to their credit. Yet they crafted more tunes, none of which really equal the emotional breadth exhibited throughout the duration of "Westworld," but all of them worth your continued attention. "Cantara Sin Guitara" is a multi-culti waltz of sorts that mixes bits of klezmer, military marching band music, and Spanish horns into a sprawling, instrumental soundtrack from a forgotten spaghetti western epic. The humble quietude of crickets sucks you into the at-first minimal piano pounding that augments "Beyond the Valley." The tune quickly delves into schismatic Doctor Who-crossed with-The Good, The Bad, and the Ugly sounding electronic wurgle. The combined effect is both eerie and whimsical. The track takes a serious turn for the ominous about 4-minutes in, however, slinking into cymbal wavers and rankling shards of guitar, with bits of free jazz influenced bass burbling almost indistinctly underneath, giving it a Dario Argento Goblin-esque giallo vibe.

With "Waiting to Catch a Bullett," the band reaches their zenith, at least in terms of time constraint. This track, beginning with violin ambiance and acoustic guitar interplay, is a 10-minute opus of free-form detachment. Revolving predominantly around the screeching minimalism of the violin and sparse guitar, it's like a long lost Grateful Dead studio version of their classic "Space" jam, albeit filtered through the dust and horse dander of some forgotten ghost town.

The album makes a bizarre shift from the aural visage of the long lost Wild West to the far reaches of the North with "Whaling Tale." Essentially the story of a penguin caught up in the throws of the bloody Scandinavian whaling trade, the song is the sparsest inclusion on the entire album, consisting of a mellow drone over which Captain John E.R. Seck recalls his glory days of being a seaman. While somewhat out of context with the rest of the album, it's still a captivating inclusion that will have you hanging on every one of Seck's thick accented words.

Valley of the Giants culminates with a pair of instrumentals. "Back to God's Country" starts out slowly and then quickly escalates into a scathing blend of guitars and searing tonal whiteness. It's like being caught in a heat wave on the open plain, immediately followed by a searing thunder storm equipped with whipping, lashing wind. The song takes a brief reprieve about midway through, as trumpets flounder and collide, then it's back to chugging guitar riffage and intense rhythms. "Bata Bay Inn" brings Ms. Smith back into the fold to deliver more of her luminous vocals over a stripped down music bed that brings to mind the sounds of the morning after the devastating storm of the previous track, with perhaps the exception of the repeated choral refrain of "if you smoke that sh!t, you better get your mind right." Regardless of the ultimate lyrical intentions, the song itself provides a fitting, down-tuned honky-tonk conclusion to an album that is incredibly immersive, both in rich visual and sonic imagery. Read more on Last.fm. User-contributed text is available under the Creative Commons By-SA License; additional terms may apply. 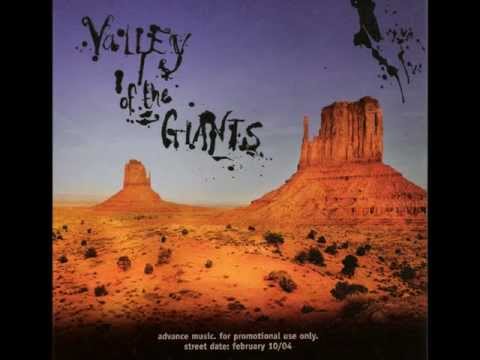 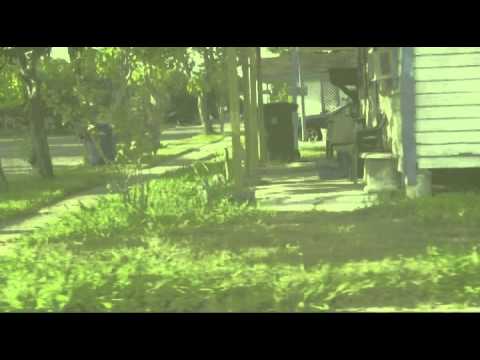