Victor Grimmy Owusu (born July 20, 1987), better known by his stage name V.I.C., is an American rapper from Atlanta, Georgia. His hit single, "Get Silly", reached #29 on the Billboard Hot 100 chart in 2008. V.I.C. was born in Queens, New York to an American mother and a Ghanaian father.At ten he wrote his first song, a drug awareness rap for his elementary school. Later that year he moved with his family to College Park, Georgia, an Atlanta suburb. After graduating from high school he worked as...

V.I.C. was born in Queens, New York to an American mother and a Ghanaian father.At ten he wrote his first song, a drug awareness rap for his elementary school. Later that year he moved with his family to College Park, Georgia, an Atlanta suburb. After graduating from high school he worked as a freelance barber. His debut album Beast was released on August 26, 2008.

Anything worth having demands hard work and sacrifice. Just ask Atlanta’s newest superstar-in-the-making V.I.C. as he readies for his debut album, due in Spring 2008.

Born in the rough and tumble Corona section of Queens, NY to a native New Yorker mom and African immigrant dad from Ghana, V.I.C. has been making music for as long as he can remember. He was 10 years old when he first put pen to pad after being asked to write a drug awareness rap for his elementary school. "All the students loved it," V.I.C. remembers. "I came home and wrote the whole song myself. I have been rapping pretty much all my life. I didn’t know I had the gift, but the gift had been with me." It was during that same year that his parents relocated down south to Atlanta’s south side suburb of College Park. And even though music was deeply embedded in his soul, he wouldn’t pick up the mic again until high school. "When I was in high school, I was focused on being a lyricist. My lyrics were mind blowing to the people I was rapping around," he recalls. "When you rap against southern rappers, they’re talking about riding in their car with big rims. I had a lot of punch lines."


After high school V.I.C continued to develop his craft by becoming a regular in local open mic competitions. Self-employed barber by trade, V.I.C. cut fades and line-ups during the day and chopped the heads off other unsigned rappers by night. In his downtime he used hard earned barber bucks to invest in studio time on his tireless pursuit for a career in music.


Coincidentally, as if by fate, multi-platinum music mogul Michael "Mr. Collipark" Crooms (CEO of Collipark Music) and industry insider Derrick Crooms were patrons of another barbershop just a few doors down from where V.I.C. worked. Each time V.I.C. saw either of the two brothers, he would pass them a demo. "I’d chase them down with a CD," says V.I.C. "They would always tell me the honest truth... Either they wouldn’t mess with it because they had so much going on at the time or it wasn’t what they were looking for." V.I.C. soaked up the knowledge given him from the two music industry veterans, went back to the drawing board and tried it again - time and time again.


Refusing to give up, his undying efforts ultimately paid off; just as V.I.C. was at the end of his rope. "I was like ’if y’all don’t like this, I’m giving up,’" he says. Luckily, Crooms and Collipark were impressed by V.I.C.’s cinematic vision on the floss-heavy "Riding Batman" (referring to vertical Lamborghini doors which when open resemble the Batman symbol). Crooms signed V.I.C. on the spot to his newly formed Young Mogul Entertainment label.


V.I.C. continues to make his mark on the musical landscape with the animated, club-jumping lead single "Get Silly," which was produced by Soulja Boy Tell Em. "It’s a song that you can do whatever to," explains the eager 21 year old. "Right now, they got a lot of dances out. There’s not a particular dance that goes with the song, so when it comes on, you just do what you wanna do to it."


Having cleverly crafted his style over the years, V.I.C.’s perfect musical medium is a hybrid between witty battle rhymes and energetic southern party music. For instance, the infectious party-jam "Wobble Wobble" produced by Mr. Collipark and The Package Store production team. Over a polyrhythmic drum track and festive horn section, V.I.C. mannishly spits: "I’m so explicit/ but I can’t help it/ My flow is ridiculous/ The boy got a gift/ like it’s gotta be Christmas."


V.I.C. sits up high on 24-inch chrome wheels with Louisiana bad boy Hurricane Chris as the two microphone titans shine atop deep southern kick drums and shimmering bells on the bouncy "Ridin." "It’s still punch lines, but now it’s more universal. I see the bigger picture. I want everybody to understand me," he says. "My style is southern because I was raised here, but I’m snapping. You can tell when you hear me rap that I have a northern influence."


Whether it’s danceable party jams to keep the crowd hype or introspective, poetic parables, V.I.C. offers it all. "I’m a good, all-around rapper," he boasts. "I make good music." 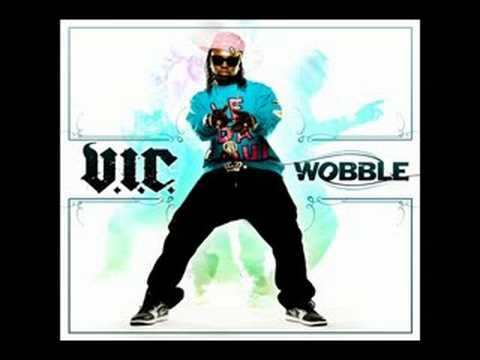