The Very Best of Ultravox 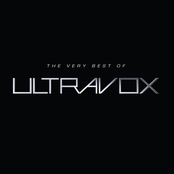 Ultravox (formerly Ultravox!) have been one of the primary exponents of the British new wave synthpop music movement since the late 70s. The band is particularly associated with the New Romantic scene, although it both pre- and post-dated the peak of that movement by several years. Known for popular hits such as "Dancing With Tears In My Eyes" and "Vienna" among many others, the band has drawn inspiration variously from dark, moody post-punk, the artier side of glam rock, and latterly straightfo...

Ultravox (formerly Ultravox!) have been one of the primary exponents of the British new wave synthpop music movement since the late 70s. The band is particularly associated with the New Romantic scene, although it both pre- and post-dated the peak of that movement by several years. Known for popular hits such as "Dancing With Tears In My Eyes" and "Vienna" among many others, the band has drawn inspiration variously from dark, moody post-punk, the artier side of glam rock, and latterly straightforward synthpop. Their latest album is 2012's 'Brilliant', featuring the 80s line-up of Midge Ure, Billy Currie, Chris Cross, and Warren Cann.

The band was formed in 1973 in London, United Kingdom on the initiative of vocalist, songwriter and keyboardist John Foxx (born Dennis Leigh). Originally known as Tiger Lily, the first lineup included Foxx plus Chris Cross (bass guitar), Billy Currie (keyboards/violins), Stevie Shears (guitar) and Warren Cann (percussion). The group released one single in 1974, a cover of "Ain't Misbehaving," before changing their name to Ultravox!, the exclamation point being a reference to the krautrock band Neu! that was produced by Conny Plank (who later produced some Ultravox albums). On the strength of their live act, they signed to Island Records in 1976, releasing their eponymous debut album in February 1977.

In common with many other bands which would go on to form Britain's punk and New Wave movements, Ultravox drew inspiration from the art-school side of glam rock, from bands such as Roxy Music and the New York Dolls, as well as from David Bowie and Brian Eno's early pop-fueled albums. Their eponymous debut album was self-produced by the band, yet Brian Eno (whose next job after these sessions was working with Bowie on 'Low') co-produced two songs and Steve Lillywhite also contributed. Sales were disappointing, and neither 'Ultravox!' nor the associated single "Dangerous Rhythm" managed to enter the U.K. charts.

Ultravox returned later in 1977 with the punkier 'Ha!-Ha!-Ha!'. Although sales of both the album and its lead single "ROckwrok" (which, despite a chorus featuring the lines "Come on, let's tangle in the dark/Fuck like a dog, bite like a shark", was played on BBC Radio 1) were still unimpressive, they had a growing fan-base. Steve Shears was sacked, later deciding to form the new band Faith Global. Although most of 'Ha!-Ha!-Ha!' was dominated by guitars and electric violin, the final track, "Hiroshima Mon Amour," was a prototypical synth pop song which gave a hint to the band's new direction. It remains a critical and fan favourite of the group's early incarnation, and it was even performed by the group on the 'Old Grey Whistle Test'. In 1978, the group quietly dropped the exclamation mark, becoming simply "Ultravox".

Their third album, 1978's Systems of Romance, was recorded under the ear of Conny Plank at his studio in rural Germany and featured new guitarist Robin Simon. It also failed commercially and Island dropped the band. After a US tour in 1979, John Foxx left to pursue a solo career whilst Robin Simon left to join the band Magazine. Musically, the album was a distinct development from the band's previous work and provided a blueprint for Ultravox's subsequent work, bringing synthesisers to the forefront of the group's sound. Island released a compilation of highlights from the group's first three albums in 1979, Three Into One, which was until the mid-1990s the most widespread of Ultravox's early releases.

Midge Ure, an already accomplished musician, was asked to join the band. He had achieved minor success with semi-glam outfit Slik and Glen Matlock's more punk-inspired The Rich Kids, although in 1979 he was temporarily playing with hard rock band Thin Lizzy. Midge Ure and Billy Currie had met in the Visage project, a studio project fronted by Steve Strange. Midge therefore replaced John Foxx for their next album, which would become their most successful to date, taking the already influential Ultravox sound and giving it a commercial appeal it had previously lacked.

Recorded in London and mixed by Conny Plank and the band once more in Germany,
Vienna was released on the new label Chrysalis Records in 1980, achieving a substantial hit with the title track (inspired by Carol Reed's The Third Man), which was accompanied with a distinctive video. It topped out at number two (Joe Dolce's "Shaddap You Face" infamously kept it from the top spot) on the UK Top 40 in 1981. The album reached number five, and was soon followed by Rage in Eden (1981), the band returning to Conny Plank's studio for what turned out to be a difficult recording session.

Ultravox teamed up with legendary producer George Martin for 1982's Quartet, which became their most successful album in the USA.

After touring with their 1984 Lament, and appearing at Live Aid, Warren Cann was fired and pursued a career in acting in the USA. The remaining members, along with Big Country's Mark Brzezicki, resurfaced with U-Vox in 1986 before going their separate ways the following year. Billy Currie and singer/guitarist Tony Fenelle reformed the band in 1992 to record Revelation, and Sam Blue lent his voice to their final release, Ingenuity (1996).

The band's international legion of followers yearned for some sort of reconcilliation. Both Billy Currie and Midge Ure pursued solo careers after the band were put officially on ice by Currie in 1996, Ure continuing to peform solo versions of Ultravox hits live.

Fans were therefore delighted when an announcement came in November 2008 that the 'classic' Cann/Cross/Currie/Ure line-up were to reform and play a fourteen-date UK tour entitled Return To Eden in April 2009. With Vienna and Rage In Eden being remastered and re-released and plans for a greatest hits compilation to accompany the tour, Ultravox are now set for a return to prominence.

After their successful 'Return to Eden Tour', Ultravox signed a deal with Universal Records and talk of new studio albums heated up. On February 21st 2011, a new EP, Moments from Eden, came out.

The band's latest album is 2012's 'Brilliant', featuring the 80s line-up of Midge Ure, Billy Currie, Chris Cross, and Warren Cann. Picking up a strong fan response, their recent touring has brought them to big crowds alongside rockers Simple Minds. 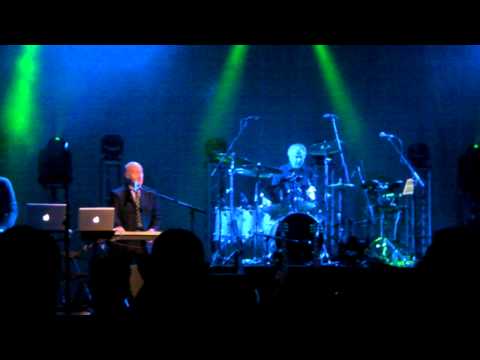 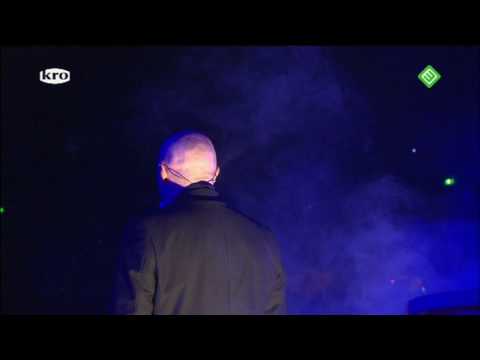