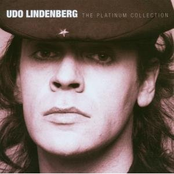 Lindenberg (born May 17, 1946 in Gronau) started his musical career as a drummer. In 1969 Lindenberg founded his first band Free Orbit and also appeared as a studio and guest musician (with Michael Naura, Knut Kiesewetter). In 1970 he collaborated as a drummer with jazz-saxophonist Klaus Doldinger in Munich. In 1971, a band founded by Lindenberg, Passport put out its first album, with Lindenberg on drums. He also played drums for the theme music for the German TV series Tatort. The first LP of t...

Lindenberg (born May 17, 1946 in Gronau) started his musical career as a drummer. In 1969 Lindenberg founded his first band Free Orbit and also appeared as a studio and guest musician (with Michael Naura, Knut Kiesewetter). In 1970 he collaborated as a drummer with jazz-saxophonist Klaus Doldinger in Munich. In 1971, a band founded by Lindenberg, Passport put out its first album, with Lindenberg on drums. He also played drums for the theme music for the German TV series Tatort. The first LP of the Jazz rock group Emergency was released in 1971 but met with little commercial success.

The LP Lindenberg (also 1971, and sung in English, already with Steffi Stephan on bass) was likewise unsuccessful. In the following year, the fist LP in German was released: Daumen im Wind (produced by Lindenberg and Thomas Kukuck, who also produced the next five albums together), from which the single "Hoch im Norden" became a radio hit in northern Germany. The year 1973 brought a breakthrough with the album Andrea Doria and its catchy "Alles klar auf der Andrea Doria" and "Cello". Over 100,000 copies sold, and Lindenberg quickly received the largest record deal of any German-language musician up to that time. Lindenberg was earning a special place in the new German-language music of the 70s: Between internationally-oriented Krautrock and pop music, he found his niche. German-language rock had previously been confined to predominantly political message bands whose music was directed at a narrow audience.

Lindenbergs brash style, everyday subject matter ("Bei Onkel Pö…") and his feel for language were an unprecedented combination in German-language music. His pioneering work helped other artists such as Stefan Waggershausen and Marius Müller-Westernhagen get record deals of their own. In 1973 Lindenberg first went on tour with his Panikorchester (Panic Orchestra).

1976 was one of Udo Lindenberg's most productive years. Besides the LP Galaxo Gang he also published under the name Das Waldemar Wunderbar Syndicat I make you feel good, a first Best of Panik Udo and the first in a series of foreign-language publications No Panic, on which Lindenberg translated his songs to English. In the same year (and on another LP: Sister King Kong) with the song "Rock ’n’ Roll Arena in Jena", Lindenberg first mentioned a Panic Orchestra tour in the GDR. In 1976, Lindenberg discovered Ulla Meinecke and produced her first two albums. She was a guest artist and co-author of the 1977 LP Panische Nächte (Panic Nights) and the 1978 Dröhnland Symphonie. On Lindenbergs Rock Revue (1978) Lindenberg and Horst Königstein "Germanized" rock classics from Little Richard to The Beatles and The Rolling Stones, and went on a big tour. The Nr.-1-Hit "We Gotta Get out of This Place" was also published with German lyrics.

The subsequent Dröhnland-Symphonie-Tour was staged by Peter Zadek as a big multimedia stage show with a plethora of costumed extras. The result was Lindenbergs first live album Livehaftig. In 1979, Der Detektiv was the second Rock Revue, in which more international hits such as "Candle in the Wind" by Elton John, "Born to Be Wild" by Steppenwolf, "My Little Town" and "As Time Goes By" (from the film Casablanca) were "Germanized". Also 1997 was published "Belcanto - Udo Lindenberg & das Deutsche Filmorchester Babelsberg" which included hits like "Horizont", "Bis ans Ende der Welt" along with a song by Bertold Brecht and Udo's own interpretation of The Windmills of Your Mind - "Under the drunkard moon" ("Unterm Säufermond").

One of his most famous songs is Sonderzug nach Pankow (Special train service to Pankow), an adaptation of Chattanooga Choo Choo, released as a single on 2 February 1983. It originated from the refusal of eastern German authorities to allow Lindenberg a concert in the German Democratic Republic (GDR).

On June 3, 2011, Lindenberg performed at Kampnagel unplugged. The recording was later released as an album within the MTV unplugged series. Lindenberg was the 8th German artist in that series. The album became the second No.1 album for Lindenberg declared Platin status for 200,000 sold units after two weeks. The second single from the album "Cello" (feat. Clueso) went No.4 giving Lindenberg the highest chart position in German singles charts ever reached.

Lindenberg has worked collaboratively with various local and international recording artists (Eric Burdon, Helen Schneider, David Bowie, Tom Robinson, Keith Forsey, Gianna Nannini, and Nena) on a number of projects. He currently lives in Hamburg in the Hotel Atlantic (for several years now). His somewhat hoarse voice is the result of too much liquor and cigarettes. In 1989, he survived a heart attack. In 2010, he designed two stamps, themed on his songs "Andrea Doria" and "Sonderzug nach Pankow", for the Deutsche Post. Read more on Last.fm. User-contributed text is available under the Creative Commons By-SA License; additional terms may apply. 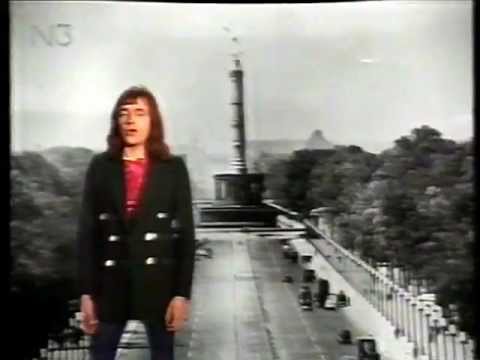