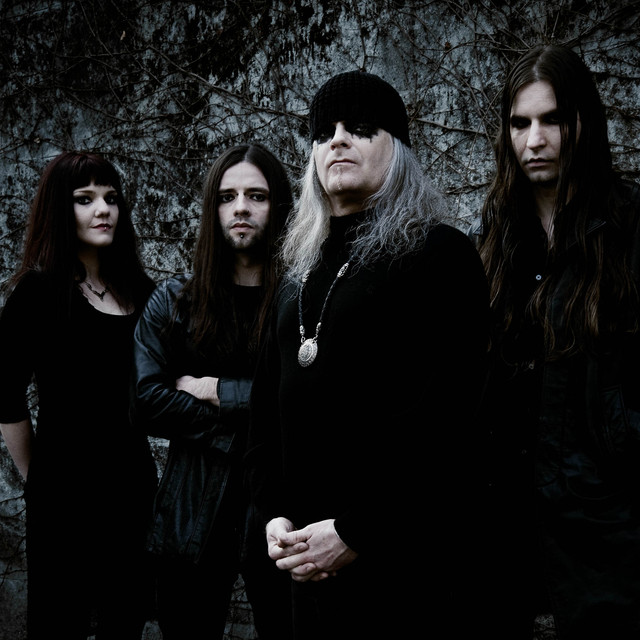 Created in May 2008 to further develop the darkness invoked by its immediate precursors, seminal black/extreme metal pioneers Hellhammer and Celtic Frost, Triptykon evolved from a Celtic Frost side project initiated by Tom Gabriel Fischer (a.k.a. Tom Gabriel Warrior), the group's singer, guitarist, and main songwriter. Following five years of songwriting and recording sessions, the subsequent release of their acclaimed Monotheist album, and a 125-date world tour, mounting tensions began to crip...

Created in May 2008 to further develop the darkness invoked by its immediate precursors, seminal black/extreme metal pioneers Hellhammer and Celtic Frost, Triptykon evolved from a Celtic Frost side project initiated by Tom Gabriel Fischer (a.k.a. Tom Gabriel Warrior), the group's singer, guitarist, and main songwriter.

Following five years of songwriting and recording sessions, the subsequent release of their acclaimed Monotheist album, and a 125-date world tour, mounting tensions began to cripple the resplendently disinterred Celtic Frost by late 2007. The situation eventually rendered it virtually impossible for Warrior to succeed in convening Celtic Frost for songwriting and rehearsal sessions for the intended follow-up to Monotheist. Vastly disenchanted and loath to resign to inactivity, Warrior resolved to establish what was to be a temporary substitute project designed to develop, record, and perform the music and lyrics he envisioned for the projected album. The core of the initially unnamed group was completed by underground bassist Vanja Slajh (formerly of Swiss black metal project Freitod), a close friend from a past production project.

Very little of today's extreme metal scene would exist without the influence of Tom Gabriel Warrior. It's hard to imagine a heavier or more mesmerising band than Triptykon, and the marriage of Tom's charisma and some of the most pulverizing riffs ever written weaves sublime magic. A near-religious euphoria. - Metal Hammer UK

In order to complete the side project, talks with a variety of death/doom/black metal guitarists and drummers followed in early 2008. The dissension within Celtic Frost ultimately proved insurmountable, however, and Warrior left the group on April 2, 2008, due to what his subsequent official statement described as an "irresolvable, severe erosion of the personal basis so urgently required to collaborate within a band so unique, volatile, and ambitious". Warrior later wrote in his blog: "It was not my departure from Celtic Frost which caused the group's inexorable demise. It was the group's inexorable demise which caused my departure."

The side project was now no longer a mere transient substitute to Celtic Frost, but rather the descendant. Warrior named it Triptykon, an homage of sorts to the religiously-themed triptych paintings of the dark ages, such as Hieronymus Bosch's Garden Of Earthly Delights (the right panel of which had been used as cover art for Celtic Frost's Into The Pandemonium album in 1987) or Hans Memling's The Last Judgment. Moreover, the name "Triptykon" signifies the third and final occult extreme metal group formed by Warrior after Hellhammer and Celtic Frost; i.e., the completion of his very own triptych.

Warrior's penchant for experimentation has never diminished, but his ability to execute his craft expertly is certainly greater than ever. - Decibel, USA

The world of extreme metal has never been this diverse. It's a testament to Triptykon's towering strength that Eparistera Daimones has the power to leave its mark in the midst of the thousand bastard offspring of its ultimate originator. - Metal Hammer UK

The recording sessions for Triptykon's first album, Eparistera Daimones ("to my left, the demons"), began in August 2009, at Santura's own Woodshed Studio near Landshut, Germany. The album was produced and mixed by Warrior and Santura; it is a persistent development of the virulent and towering musical darkness perpetuated not only by Warrior's early work but also within his extensive contributions to Monotheist. As was to be expected, about half of the music and lyrics on Eparistera Daimones consists of material originally intended for Monotheist's successor. This is balanced by much new, original music written by Warrior and Santura since Triptykon's inception.

Fischer is one of the few people in the music world able to back up his truckloads of self-important pronouncements and defiant attitude with worthy, capital-A Art. A masterpiece of sleepless, timeless, crawling primal doom, not so much better than their peers as above them, in a place they'll likely never tread. - Blabbermouth.net, USA

Triptykon subsequently played close to 100 lauded concerts all across Europe and the UK, Japan, the United States, Canada, and Iceland. Among many other notable appearances, this included a curatorship and headliner slot of the renowned Roadburn Festival, a headliner slot on one of Wacken Open Air's main stages, and a co-headliner tour of North America. Shatter, Triptykon's visionary and highly acclaimed first video, was released in fall of 2010, along with the EP of the same title. In parallel, Warrior was honoured in the course of the 8th Metal Hammer Golden Gods Awards in London, winning the award for inspiration.

Work on the successor of Eparistera Daimones began after the conclusion of touring, in late 2012. Titled Melana Chasmata ("deep, dark valleys/depressions"), the album was yet again recorded a Triptykon's rehearsal facilities in Zurich, Switzerland, and Santura's Woodshed Studio, and produced by Warrior and Santura. Its release in April of 2014 is to be preceded by Breathing, Triptykon's first 7" vinyl single.

Heavy as a heavy thing weighed down with heaviness, the debut album from Triptykon takes off from where Celtic Frost left off. This is dark, dense and utterly unrelenting in its blackness. This is close to musical genius. - Classic Rock, UK

In a completely unexpected move, H.R. Giger had approached Warrior in October of 2011 to express his appreciation of how Triptykon had used his art on the first album and to propose a continuation of the artistic collaboration. This development thus marked the first time any musical artist has worked with H.R. Giger on three albums (Celtic Frost's To Mega Therion, and Triptykon's Eparistera Daimones and Melana Chasmata), and it also served to commemorate a collaboration and friendship that had, by now, lasted for 30 years.

Triptykon's music and lyrics reveal a group immersed in themes such as history, occultism, human disintegration, religious fanaticism, and nihilism. Songs such as "Abyss Within My Soul", "A Thousand Lies", "The Prolonging", or "Black Snow" bear witness to wastelands of eternal night. The transcending and mergence of seemingly distinct forms of imagination, a hallmark long prominent in Celtic Frost's efforts, is naturally also abundant within Triptykon's sphere of inspiration, which ranges across the works of, e.g., Pieter Bruegel, Roland Villeneuve, H.R. Giger, HP Lovecraft, Emily Brontë, Hieronymus Bosch, John Martin, and far beyond.

The heaviest band in the world? Probably. Arguably one of the best, too. - Metal Hammer UK

Triptykon's show is the most impressive concert I have ever witnessed. - Legacy, Germany

There is utter darkness. This is the church of darkness. - Powerofmetal.dk, Denmark

Tom Gabriel Warrior was, is, and remains the ruler of all evil. - Rock Hard, Germany

The Official Triptykon Biography is available for download in PDF* format:

"This Is The Church Of Darkness"

(*Click here to get the latest version of Adobe Reader, if needed.) Read more on Last.fm. User-contributed text is available under the Creative Commons By-SA License; additional terms may apply. 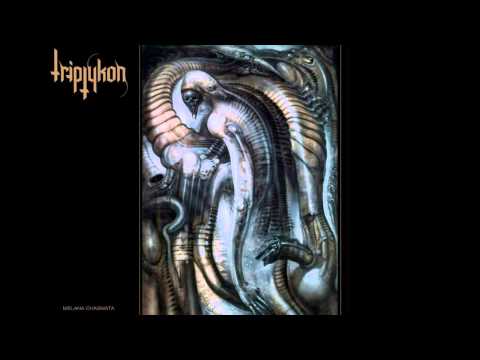 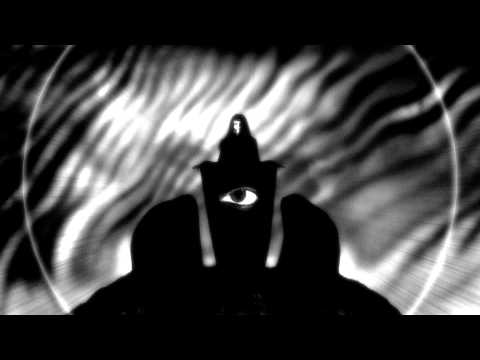