Travis Morrison (born 1972) is an American musician from the Northern Virginia suburbs of Washington, D.C., USA. After picking up various instruments around age 12, Morrison stuck with guitar and began forming bands throughout his high school days at Lake Braddock Secondary School in Fairfax County, Virginia. The problem he kept running into with his high school bands was keeping a drummer. It didn't help that his mother didn't want him to ever play the drums due to all the noise it would make...

Travis Morrison (born 1972) is an American musician from the Northern Virginia suburbs of Washington, D.C., USA.

After picking up various instruments around age 12, Morrison stuck with guitar and began forming bands throughout his high school days at Lake Braddock Secondary School in Fairfax County, Virginia. The problem he kept running into with his high school bands was keeping a drummer. It didn't help that his mother didn't want him to ever play the drums due to all the noise it would make in the house. He was on Lake Braddock's Math Team and claimed to be "pathetically happy" upon defeating the math team of Thomas Jefferson High School for Science and Technology one year.

After "getting out of Fairfax" he attended The College of William and Mary in Williamsburg, Virginia for three years before dropping out to pursue a band. He worked at the campus radio station WCWM, which he claimed was "was worth tuition right there." At WCWM he became well versed in all types of music, "from John Coltrane to German art rock." He continues to have an incredibly wide ranging musical taste to this very day, having claimed to enjoy everything from Britney Spears, Gladys Knight, XTC, Fugazi, Ludacris, and go go.

In 1993, Morrison formed a band with some old Lake Braddock friends. The band was called The Dismemberment Plan. Despite his mother's initial reluctance, the band practiced in bassist Eric Axelson's basement frequently and began playing shows. By 1995 they released their debut album ! on D.C. based DeSoto Records. After original drummer Steve Cummings left the band, he was replaced by Joe Easley and the band's lineup would remain that way throughout their existence. Morrison was the guitarist and vocalist for The Plan from their formation in 1993 to their final show at the 9:30 Club in D.C in 2003. The band released four LPs and two EPs and gained a large following for their energetic live show, mostly due to Morrison's "booty-shaking" moves onstage. Their final two studio albums Emergency & I and Change were some of the most revered rock albums in the late-90s and early-2000s. Despite this, the band continued to work freelance jobs on the side to support themselves, Morrison taking up various computer and graphic design jobs.

In 2004, Morrison moved to Seattle, Washington and began working closely in the studio with both Ben Gibbard and Chris Walla of Death Cab For Cutie, a frequent tourmate of The Plan. Morrison then began doing a nationwide tour of a solo show with just him and an acoustic guitar. The shows consisted of him doing mostly covers of songs varying a wide variety of genres (from Spoon to Fiddler on the Roof and beyond). He also began playing some songs he was working on for a solo album. Around this time, he posted up mp3s of songs he was working on for his solo album as well as a cover of Ludacris's What's Your Fantasy? which was listed as a "must download" in Entertainment Weekly. Over time, after feeling warmed up to playing solo, Morrison assembled a band consisting of Brandon Kalber (bass, keyboards), Saadat Awan (drums), David Brown (percussion), Kristen Forbes (keyboards and backup vocals) and Morrison on vocals and keyboards. Over time, Forbes left the band and the band would begin touring as Travis Morrison and the Hellfighters. In the summer of 2004, Morrison had moved back to the D.C. area and in September 2004 he released his first solo album, Travistan, through Barsuk Records. The album was co-produced by Chris Walla. Travis & The Hellfighters continued to tour for the album and demoed new songs together. By the summer of 2005, the band had come into their own and were playing shows of entirely new material, only playing the occasional Travistan song. Travis and the Hellfighters have finished a new album, titled All Y'all, that was released on August 21, 2007 and is currently streaming on Travis' website and was produced by Travis's former bandmate, Jason Cadell.

The current Hellfighters lineup is:

In a recent interview with Billboard magazine, Morrison revealed that he has entered a new stage in his musical career, producing Virginia band Cataract Camp's debut album, Sing Rain. The record was engineered by Don Zientara at Inner Ear Studios in October 2005, shortly after Cataract Camp and The Hellfighters completed a summer tour together. Tracks from this session can be found at the Cataract Camp MySpace account.

As of July 2nd 2009, Morrison's official website states that he has retired from making music, stating that there will be no more shows, records or bands. Read more on Last.fm. User-contributed text is available under the Creative Commons By-SA License; additional terms may apply. 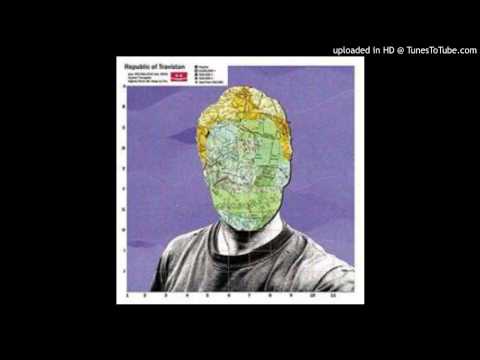