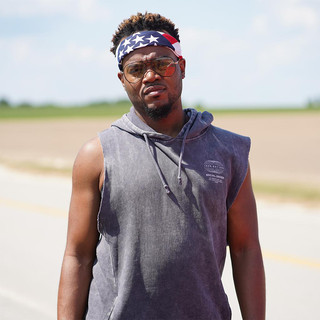 Biography   What is it to be said of a child who has been pronounced dead twice in his life before entering kindergarten? Is it fate or favor that the child is still here? Or, is it the power of a praying mother calling on the name of Jesus so fervently that it defies all of the odds? Picture this… When Travis Greene entered into this world still-born he was declared dead. His mama – Minister Charleather Greene – called on the name of the Lord and He answered and brought her baby boy back...

What is it to be said of a child who has been pronounced dead twice in his life before entering kindergarten? Is it fate or favor that the child is still here? Or, is it the power of a praying mother calling on the name of Jesus so fervently that it defies all of the odds?

When Travis Greene entered into this world still-born he was declared dead. His mama – Minister Charleather Greene – called on the name of the Lord and He answered and brought her baby boy back to life. At the age of four Travis fell out of the window of the family’s fourth floor apartment in Germany. Someone advised his mom that her toddler was dead and by the time she got outside a white sheet was pulled over his face. As she picked up the lifeless body of her child she called on Jesus over-and-over until he came back to life. This transpired in the natural but in the supernatural is an occurrence that has forever made an indelible imprint in the life of Travis Greene. As he fell from the window a giant hand accompanied by a very bright light caught him. The voice asked, “Do you want to go with your Mom or do you want to come home with me?” Four-year-old Travis answered, “I want my Mom.” The voice said, “OK, go home to your mom, but the next time, you’re coming home with me.” Inquisitively Travis asked, “Sir, what is your name?” The voice answered, “My name is Jesus.”

Shortly after this life-altering experience in 1989 Travis’ father suddenly died of an aneurysm and he became very passionate about music. “It was God’s way of giving me an escape from tragedy and crisis. I turned to the keyboard instead of to drugs and the streets. Any instrument I put my hands on I was able to play,” explained Travis. Having a mother who is a dynamic minister whom he spent time traveling with as she preached is where he honed his musicianship with several instruments. It was in college that a pastor heard Travis sing and he was instantly named worship leader. Suddenly Travis had to learn the new territory.

Through his newly appointed assignment he was able to be an instrument in breaking the strongholds that were rampant at Georgia Southern University. A much needed revival broke out on their campus and at that church with Travis leading worship. “I saw first hand in the clubs and at the campus parties what sin can do to you when you are blinded by it. The sexual activities (heterosexual and homosexual), alcohol, and drugs were some of the strongholds on the campus. Because of all of the rampant negativity, I would walk around the campus and just love on the kids and send out 300 text messages to come to church service on Sunday mornings.”

As a result of his diligence to God, Travis has seen hundreds saved on the campus of Georgia Southern University. This defined what Travis’ then young ministry was all about and God birthing him into his destiny. But if he had to pick exactly where his ministry began it was with his mother’s prison ministry in Georgia where four hundred plus women were packed in a gymnasium radically coming to the Lord. “This is where I sung the music I wrote for the first time, and where I preached for the first time at eighteen.”

Travis was not without challenges simply because he was ministering and spreading gospel across the campus. The truth is that around age twenty when he pledged a fraternity he began to compromise his personal values with intense clubbing. “During that time I experienced girls throwing themselves at me and my frat brothers even more so than professional athletes. For a period of three months I made a series of mistakes. This experience was necessary for me because I was raised in a church where everything was a sin.” The time Travis spent off of the highway of holiness opened his eyes to real pressures of the everyday lives of those who do not know God for themselves. “I thought I had pressures, but you don’t know anything about pressure until you are out there in it. Sin is addicting. It was difficult for me to get back on track. I had to get on my face in prayer and learn the character of Jesus beyond those Sunday School lessons. I had to learn how to call on Jesus for real help.” Travis defines this experience as his pivotal moment in taking his ministry from imitating the greats – his mother, TD Jakes and others – to be able to put his own swagger on the message placed in his heart by the Lord.

This young man who spent most of his childhood in Columbus, Georgia and in Germany with his military mom and sisters Kim and Shalonda, feels that music is the universal language of this generation. Travis is filled with the expectation that his message will proclaim hope to the desperate and lead them to Christ through passionate worship. Travis wants his music to be received by those who know nothing about church and nothing about the Bible. “I have been raised to be the voice that goes into the dark and desolate places to expose the life of Christ. I am not satisfied with doing the minimum when I encounter God, because when you are truly in His presence…something changes.”

The Pendulum Records CD is titled Stretching Out. The first single aptly titled “Still Here” boldly declares “…the devil lost another one.” Travis feels that being on Pendulum is a “divine connection”. Ruben Rodriguez CEO/Founder of Pendulum Records says, “Travis inspires and brings all nationalities together. He is part of a judgment free movement expressing the love of God.”

The sign of the times are pointing toward radio being ready to receive the likes of a Travis Greene. Listeners are ready to hear a new sound and programmers seem to agree.

“In 2009 when Pendulum released Regina Belle’s “God Is Good” and Greg O’Quinn’s “Lead Me Jesus”, Pendulum Records was able to shift the sound of what Gospel and Christian Radio was playing, because for several years the change had been more “secular” or non-traditional music and now with Pendulum’s release of Travis Greene the focus is back to great music,” said Mike Chandler, Program Director, WFMI-Virginia Beach.

Through all of the hundreds saved, ministering weekly, a major recording deal, and the embrace at radio, Travis stays grounded by maintaining accountability by his spiritual covering - Pastor David Chadwick & Dr. Jerry Grillo. Travis is also accountable to those he mentors and travels with because it gives him a reason to step-up to the challenges he dishes out. The mission of Travis is not political but is considered his personal responsibility and that is to expose this generation to the glory of God. The foundational scripture on which he stands is Romans 8:28:

…all things work together for good to those who love God,

to those who are the called according to His purpose…

Once his music is heard and received, millions will be thankful Travis Greene is indeed “Still Here”. Read more on Last.fm. User-contributed text is available under the Creative Commons By-SA License; additional terms may apply. 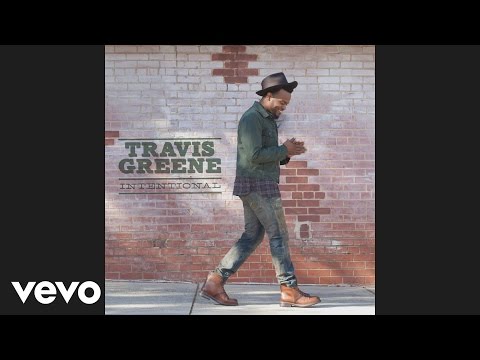 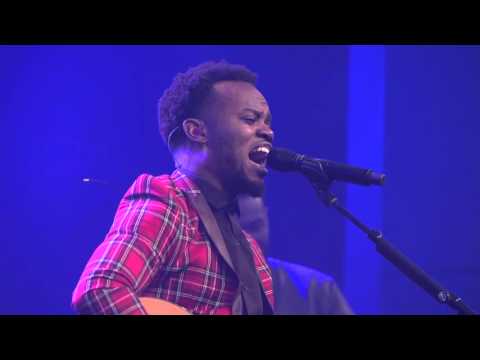 Made a Way (Live)