The story of TRACEDAWN began in Christmas 2005, when Tuomas Yli-Jaskari came up with and idea that later would be named as Moravia. Already having played at numerous projects, Tuomas knew that the only way for him to play the music he wanted was to start a band of his own. He started out by composing a song, (later be called Without Walls), and after recording an instrumental version of the song, he knew he needed a capable crew in bringing his ideas to life. The lone musician began searching fo...

The story of TRACEDAWN began in Christmas 2005, when Tuomas Yli-Jaskari came up with and idea that later would be named as Moravia. Already having played at numerous projects, Tuomas knew that the only way for him to play the music he wanted was to start a band of his own. He started out by composing a song, (later be called Without Walls), and after recording an instrumental version of the song, he knew he needed a capable crew in bringing his ideas to life. The lone musician began searching for the perfect line-up via internet at the summer of 2006.

The first member to join was Valtteri Turunen, who had heard about the band and spoke to Tuomas about him joining the band as the lead vocalist. Not having any members at the time, Tuomas accepted Valtteri’s offer.

Next to join was the guitarist Jeremy Qvick, who contacted Tuomas at a Finnish internet photo gallery, called IRC-Galleria. The two of them got together at a band rehearsal, where Jeremy showed great skill as guitar player. He was welcomed to the band with open arms.

The third member to join the Moravia crew was the bassist Henri Vahtere. Already sharing a project with Jeremy (Dreality), Moravia popped up at a conversation between the two. Henri decided to throw his spoon to the soup and arrived to the rehearsals with Jeremy in hopes of becoming the new bass player for Moravia. Needless to say, he got the job straight away.

Still lacking the right man for the pots and pans, the band recorded a second version of Without Walls, with Tuomas on the drums. Already sounding a lot better than the early version, the song was put in the Internet to see if it would pass the ultimate test: Public criticism. It received good feedback, but Tuomas wasn’t satisfied. He knew Moravia needed a real drummer.

The internet proving useless at the hunt, Tuomas contacted Perttu Kurttila with a text message. (He still doesn’t know how Tuomas got his number). After listening the demo track for a couple of times, Perttu promised to come to the rehearsals, although he was a bit sceptic about the group and the guys playing in it. Already a seasoned drummer with a lot of musical experience and performing with his own band (Lithuria), the band managed to convince him with their musical skills and with their good attitude. After a few quick words, Perttu completed the line-up, and Moravia was ready for action.

The first setback for the band was their first line-up change in late 2006, when Valtteri Turunen was kicked out of Moravia for various reasons. Now a one vocalist short, the guys began searching for a replacement. After having held a couple auditions, Tuomas contacted Antti Lappalainen, a friend he knew from school. Despite being relatively inexperienced, he promised to come to the auditions and give it a go. After a couple of rehearsals with Antti doing the vocalwork, the rest of the band decided to make him the new singer of Moravia.

Now with a functional line-up, the band locked itself in studio Redhouse and recorded a two-track demo called Path of Reality, which ended up the internet. It was well received by the public, and it also caught the interests of various record labels.

Unaware of this at the time, the band was asked by a fellow band (In Memorial) to do a gig with them. Although agreeing to do the gig, Tuomas knew they had a problem that needed to be solved. The band needed someone to play the keyboards so that he could concentrate on the guitar. After doing some digging, he came across Vili Itäpelto, who agreed to play the gig. After attending only a couple rehearsals, Vili mastered the songs with ease and the gig was carried out as planned. Although only agreeing to do the one gig, he had convinced the others to the point where he was asked to be a full-time keyboardist. Although declining at first, he later agreed and was made a full member of the band.

Shortly after this, the band signed a deal with Studio Redhouse oy to record a four-track EP.

The recordings went down in Sonic Pump studios under the eye of Nino Laurenne, the guitarist of Thunderstone. The recordings were over in a week after a lot of hard work (and drinking), and all were happy with the results. This was also the time when the band decided to change its name to TRACEDAWN, because the name Moravia was already registered to another company.

The name was decided at the last minute, just before the EP was about to be mastered, and despite having been forced to change their name, everyone was really happy with the new one.

Now, with a new name and a lot of valuable experience, the band is ready to face new challenges.

The story of TRACEDAWN will continue, as soon as the band finds some time to get up and do something creative.

Tracedawn's self-titled debut album was released through Redhouse FMP in 2008. The album gained positive reviews, some popularity and gigs to the band. A musicvideo was shot for "Without Walls", which is the first track on the album. After some time the bassist Henkka Vahtere left the band and was replaced by the new bassist Pekko Heikkilä.

The second album of Tracedawn was released a year later again through Redhouse FMP. The album is named "Ego Anthem". Two music videos were shot for the tracks "In Your Name" and "The Forsaken". Just before "Ego Anthem" was released, the band announced that guitarist Jeremy Qvick had left the group. Qvick was replaced by guitarist Roni Seppänen.

Tracedawn did two European tours after "Ego Anthem" was released, first one with Ensiferum in 2009 and second one with Stratovarius in 2010.

In 2011 Tracedawn announced that vocalist Antti Lappalainen had left the band. The band is set to release their third studio album, Lizard Dusk, in February 2012. Read more on Last.fm. User-contributed text is available under the Creative Commons By-SA License; additional terms may apply. 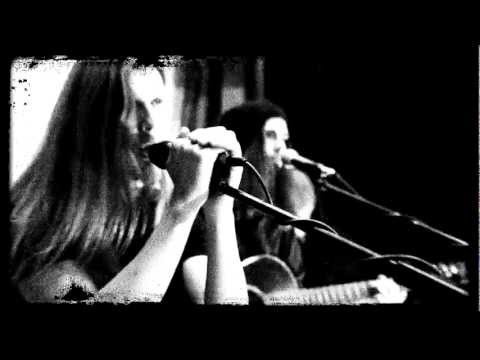