There are at least two artists with this name: 1. Thomas Lee Bass (born October 3, 1962 in Athens, Greece), better known as Tommy Lee, is a Greek-born American rock and roll musician, best known as the drummer for the hard Rock band Mötley Crüe. Early Life and Career Lee was born in Athens, Greece. His mother, Vassilikki "Voula" Papadimitriou, was Miss Greece in 1957, and his father was David Lee Thomas Bass, a Welsh Army sergeant. His family moved to California a year after his birth. Lee rec...

There are at least two artists with this name:

Early Life and Career
Lee was born in Athens, Greece. His mother, Vassilikki "Voula" Papadimitriou, was Miss Greece in 1957, and his father was David Lee Thomas Bass, a Welsh Army sergeant. His family moved to California a year after his birth. Lee received his first drum set when he was four. However he received his first real drum kit when he was a teenager. At that time, he was listening to Deep Purple, KISS, and Led Zeppelin. He joined the marching band at Royal Oak High School in Covina, CA, but dropped out of school in his senior year to focus on his musical career.

His first successful band was called Suite 19. With a fast guitarist named Greg Leon from La Cresenta, California, the group played the Sunset Strip in Los Angeles during the early '80s. At this time he met future band mate, Nikki Sixx. Casually, Sixx was forming a theatrical band that would specialize in anthemic heavy metal, and was impressed by Lee's playing. Sixx convinced Lee to leave Suite 19 and started playing together in what would end up being Mötley Crüe. At this time, he changed his name to Tommy Lee and earned the nickname "T-Bone" from Sixx. Shortly afterwards, guitarist Mick Mars joined the band. Mars recommended a singer Tommy met at high school, Vince Neil, who soon joined the group.


Mötley Crüe and stardom
Mötley Crüe quickly built a strong fan base and they released their debut album, Too Fast for Love in 1981, on their own independent label (Leathür Records). Elektra Records decided to sign the band shortly thereafter, reissuing their debut in 1982. The band then began a string of hit releases throughout the decade -- 1983's Shout at the Devil, 1985's Theater of Pain, 1987's Girls, Girls, Girls, and 1989's Dr. Feelgood -- establishing the quartet as one of the biggest hard rock/metal bands of the '80s. During this time, Lee used several memorable gimmicks during his drum solo at concerts, such as having his entire kit revolving and spinning, or having the entire kit float above the crowd while he continued to play.

Pam & Tommy Lee: Hardcore & Uncensored in 1995, he married actress Pam Anderson; they would have two children (Brandon Thomas, born July 5, 1996, and Dylan Jagger, born December 29, 1997). It was with Anderson that one of Lee's most famous incidents arose when one of their private videos was stolen in 1997. The couple had videotaped themselves on vacation, recording their sexual activities. The tape was widely circulated, and was one of the first examples of nude celebrities on the Internet. Anderson and Lee divorced in 1998, and he served four months in prison after pleading no contest to kicking Anderson in the back. While he was serving sentence, the couple officially divorced, although they reunited briefly upon his release.


Solo career
Lee also decided to leave Mötley Crüe during his stay in prison, and stuck to his promise after the completion of the Crüe's Greatest Hits tour in 1999. With the popularity of rap metal, Lee formed a band called Methods of Mayhem. The band released a self-titled album the same year and toured for it.

Although Lee distanced himself from Mötley Crüe after splitting, he agreed to take part in their 2001 autobiography, The Dirt. In addition to Mötley Crüe and Methods of Mayhem, Lee has made guest appearances on albums by other artists, such as Stuart Hamm, Nine Inch Nails and Rob Zombie. He also contributed a solo song, "Welcome to Planet Boom" to the soundtrack of then-wife Pamela Anderson's 1996 movie, Barb Wire, and produced an album for the pre-Goldfinger project from John Feldmann and Simon Williams, the Electric Love Hogs.

Also in 2001, four-year-old Daniel Karven-Veres drowned at Lee's Malibu, California, home during a birthday party for Lee's son Brandon. On April 17, 2003, a Superior Court jury took less than three hours to reject a wrongful death claim made by Daniel's parents, German actress Ursula Karven and TV producer James Veres. The suit accused Lee of negligence for failing to have a lifeguard or someone trained in CPR present during the birthday party.

Lee parted ways with Methods of Mayhem partner Tilo and began recording with members of Incubus. Shortly after, he started recording songs featuring himself almost exclusively, and he ended up releasing his first solo album. The album, 2002's Never a Dull Moment, had tones of rap metal and electronica, and featured little of the Mötley Crüe sound he was famous for.


Recent developments
Tommy Lee in NBC's Tommy Lee Goes to College.In 2004, Lee reunited with the original Mötley Crüe line-up to release the double-disc album hits entitled Red, White, and Crüe. They launched a monumental reunion tour to support it, The Red, White & Crüe Tour 2005: Better Live Than Dead, the band's first in six years. They also finished the year number 8 on the top concert money earners list. They played 81 shows and grossed $33 million US (Billboard Boxscore). This figure did not include a tour of Australia in December 2005.

Lee released his autobiography Tommyland in 2004. That year Lee briefly attended, but did not enroll in, the University of Nebraska for a few weeks in the fall of 2004, while filming a reality television show for NBC called Tommy Lee Goes to College. The show featured a "fish-out-of-water" premise as it followed Lee's effort to fit into the collegiate experience, including trying out for the band (as a drummer), taking courses in horticulture, chemistry, and literature, and receiving constant support from a sexy and smart tutor. Lee was also one of the producers of the reality TV show. At the same time, he released his new solo album, Tommyland: The Ride in August 2005. The CD featured the single, "Good Times". His new single, with video to be released soon, is "Hello, Again". This features Andrew McMahon from Something Corporate and Jack's Mannequin.

Tommy Lee was also a guest DJ at WXRK "K-Rock" in New York during the Fourth of July Monster Metal Meltdown in 2005.

He has formed a new band called Rock Star Supernova with Jason Newsted (Voivod, ex-Metallica) and Gilby Clarke (ex-Guns N' Roses). The 2006 season of Rock Star selected Lukas Rossi as the lead singer for Supernova. Dilana, the runner-up, accepted an offer to go on tour with Supernova along with assistance in producing an album of her own.

Lee is also the drummer for the alternative rock band Jack's Mannequin, which has released the album Everything in Transit.

Tommy Lee is a supporter of animal rights and PETA. He recently donated autographed drumsticks to support PETA's campaign against Kentucky Fried Chicken.

He was also shown on Comedy Central Of Pamela Anderson,where he was mad fun of his sex tape with Pam,he took all the jokes in a lighter vein.It showed his good side where he was laughed and laughed together.

2. Tommy Lee is a dancehall artist from Jamaica, known for his dark, horror film-influenced style. Read more on Last.fm. User-contributed text is available under the Creative Commons By-SA License; additional terms may apply. 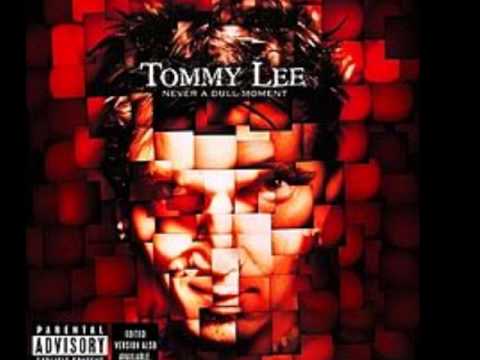 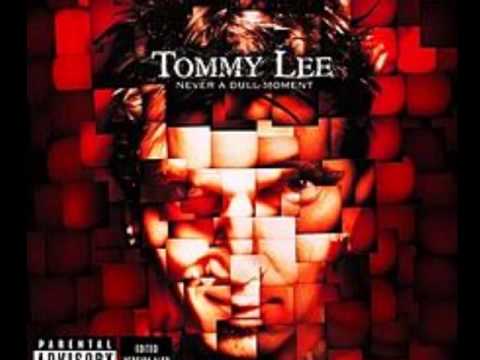