Timothy Alan Patrick Rose (September 23, 1940 – September 24, 2002) was an American singer-songwriter. His recordings include some of the best versions of songs such as 'Hey Joe' and 'Morning Dew'. Tim Rose was born in Washington, D.C. Rose learned to play the banjo and guitar, and won the top music award in high school. His first band was The Singing Strings, which included Scott McKenzie, who later joined with John Phillips in a local group called The Abstracts, who became The Smoothies as we...

Timothy Alan Patrick Rose (September 23, 1940 – September 24, 2002) was an American singer-songwriter. His recordings include some of the best versions of songs such as 'Hey Joe' and 'Morning Dew'.

Tim Rose was born in Washington, D.C. Rose learned to play the banjo and guitar, and won the top music award in high school. His first band was The Singing Strings, which included Scott McKenzie, who later joined with John Phillips in a local group called The Abstracts, who became The Smoothies as well as The Journeymen.

In 1962, following a stint as a navigator in the US Air Force, Rose teamed up with ex-Smoothie Michael Boran as "Michael and Timothy". Jake Holmes, Rich Husson and Tim formed a group called Tim Rose and the Thorns that was previously called The Feldmans. Later, Rose met singer Cass Elliot at a party in Georgetown, DC, and formed a folk trio with James Hendricks called The Big Three, changing their name from The Triumvirate. They soon landed a job at the Bitter End, a well-known folk club in New York’s Greenwich Village, along with Cafe Wha?, The Night Owl, the Gaslight, along with many musicians who lived at the Albert Hotel.

Their success grew, with appearances on national TV shows, and they recorded two albums: The Big 3 (1963) and The Big 3 Live at the Recording Studio (1964). Songs included the standard "Grandfather’s Clock" and an anti-war dirge "Come Away Melinda". Rose and Elliot had musical differences - both were inclined to want things done their way - and the band fell apart after Elliot and Hendricks secretly married. They had appeared on 26 national television shows, including Hootenanny ('63), The Danny Kaye Show ('63), and The Tonight Show Starring Johnny Carson ('62).

Known for his gruff voice, Rose was often compared to Ray Charles, Rod Stewart and Joe Cocker. The classic Beatles cover "I get by with a little help from my friends" was meant for Rose to record but went to Cocker instead. At one time George Harrison of the Beatles, was to produce an album for Rose.

After the Big Three, Rose went solo, and by 1966, his prospects had improved. In November of that year he played two gigs at the famous Fillmore Auditorium in San Francisco; headlining were the Grateful Dead and Jefferson Airplane. CBS signed Tim to a multi-album record deal; the first album, Tim Rose, came out in 1967. It featured a new version of "Come Away Melinda" and "Long Time Man" (a version of the traditional "It makes a long time man feel bad") as well as two songs that would become standards: Billy Roberts' "Hey Joe" and Bonnie Dobson's "Morning Dew". Both were released as singles, and covered from many artist from The Grateful Dead to Clannad. Backed up by a trio, that included William Lewis Wexler on keyboards and flute, he played Basin Street West in San Francisco and L'Hibou in Ottawa, Canada. He also played on numerous recording sessions including backing up Eric Weissberg.

The album was moderately successful but there was no big breakthrough for Rose, who later claimed that the mix of blues, folk and rock made it impossible for the record company to market it.

In 1966, he was getting a lot of airplay with his single of "Hey Joe". The origins of the song are disputed, yet it was copyrighted in 1962 by singer Billy Roberts: Tim claimed he heard it sung as a child in Florida, and as of 2007 Rose's website still claims the song is "traditional". Prior to Rose's recording The Leaves, The Surfaris, Love and The Byrds had all recorded fast-paced versions of the song. Tim’s version (crediting himself as author), unlike the others, was a slow, angry ballad, which received US radio airplay and became a regional hit in the San Francisco area in 1966. Jimi Hendrix had seen Rose performing at the Cafe Wha? in New York City, and released a similarly slow version in 1967 which became a huge hit, first in the UK, then worldwide. Tim always regarded the Hendrix version as a copy of his, and regretted not having been cut in on the royalties of the song, which would have been substantial if he were the actual composer. Simon Dee, a pirate disc jockey, broke the story in England.

"Morning Dew" was to go on to become a rock standard. Tim heard Fred Neil singing a version of the song penned by Canadian folk singer Bonnie Dobson, arranged it with a harder, rock feel and added his name to the writing credit. This time he managed to legally get a royalty, due to a loophole in US copyright law. Although Dobson consistently questioned his right to a credit, it is unlikely that without Rose's version the song would have become the classic it did, covered by the Grateful Dead, The Jeff Beck Group, Robert Plant and many others.

Another CBS album, Through Rose Colored Glasses, followed in 1969. It met with critical disappointment and did not sell well. Love: A Kind of Hate Story was recorded at Island Studios in London and released in 1970. In addition to his musical career, by now Rose had moved to London and would spend much of his life there. Other albums followed in the decade: Tim Rose (1974), The Musician (1975), Unfinished Song (1976).

In the early '60s Columbia records chose between Rose and Dylan to promote, despite the fact that Tim virtually ruled the singer/songwriter period in Greenwich Village, Dylan received the deal. At one point Tim was offered to record Dylan's "Don't Think Twice It's Alright", but turned it down.

In 1968 Tim was considered while replacements were being selected for Brian Jones place in The Rolling Stones. Rose's song "Roanoke" was getting some airplay in the UK and he chose to pursue a solo career.

By the late 1970s, his career was going nowhere. He recorded The Gambler in 1977, with a group that included guitarist Andy Summers, only to find that the record company refused to release it. He returned to New York for a number of years, living in Hell's Kitchen on Restaurant Row, and then much later Lincoln Square near Central Park. Having lost his contacts in the music industry, he was forced to work as a laborer until an opportunity arose to sing jingles for TV commercials in early 1980. Rose sang on many jingles, including Big Red Gum, Wrangler Jeans, and voiced ads for The Big Apple Circus, these funded his much delayed college education, he was 40 years old. Rose graduated in 1984 from Fordham University at Lincoln Center in Manhattan, with a degree in History. He became a Wall Street stockbroker, a teacher, got married and divorced. After the 1987 stockmarket crash, he got out of the business. He continued writing and performing at select venues, such as The Bitter End. He battled with alcoholism and these years were often not happy ones.

By the late 1980s, Rose had reached the lowest point in his career. After his marriage broke up, he gave up drinking. In 1986, Nick Cave included "Long Time Man", a version very close to Rose’s, on the album Your Funeral, My Trial. According to Rose, Cave was under the impression that Rose had died years before. However, he went on to assist Rose in recovering his career.

By the 1990s, things were beginning to look up. In 1991, The Gambler finally got a release. In 1996, encouraged by Cave and Dutch film makers, Suzan Ijermanns and Jacques Laureys, he returned to Europe and played a small but well regarded gig at the Half Moon, Putney. Tim performed at the Guildford Festival, and the Glastonbury Festival, as well. He went on to perform at the Royal Albert Hall with Nick Cave and the Queen Elizabeth Hall in London. A new album, Haunted, was released with recordings from these performances. He also appeared on the BBC show Later with Jools Holland. He performed with Robert Plant's band The Priory of Brion.

The new century began hopefully for Tim. He began an extensive tour of small venues in the British Isles, and sometimes further afield. In April 2001, the Tim Rose Band was the opening act at the Bergen Blues and Jazz Festival in Norway. Jacques Laurey’s film about Tim, Where Was I?, was premiered at the Rotterdam Film Festival in the same year. His final album, American Son, was released in February 2002 to some acclaim, but as usual, not very many sales. It contained some good songs, including the valedictory "Once He Was A Hero".

The CD Not goin’ anywhere by Norwegian band Headwaiter, featuring four songs with lyrics by Tim Rose and a duet with the lead singer Per Jorgenson, was launched in Norway in September 2002.

In 2002, Rose had completed a successful tour of Ireland and had a number of gigs planned around the UK. He died of a massive heart attack only hours after an operation for colon cancer in September 2002. He is buried in Brompton Cemetery, London.

He had no children. A number of recordings featuring Tim were released after his death.
http://www.tim-rose.co.uk/
Read more on Last.fm. User-contributed text is available under the Creative Commons By-SA License; additional terms may apply. 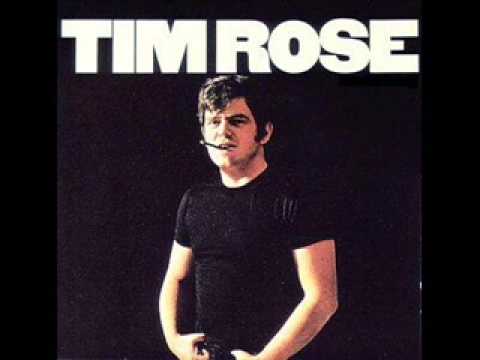 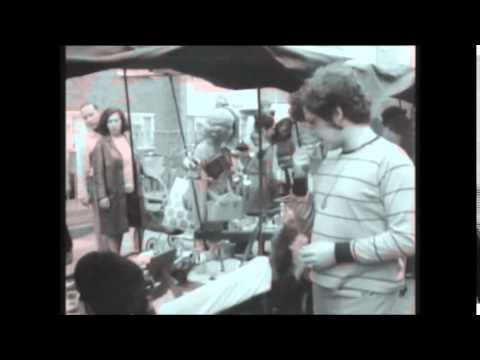 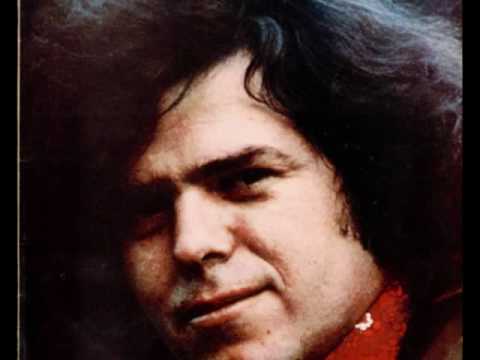 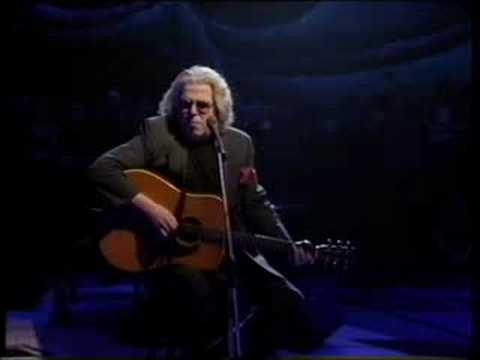