Tim Dog (real name Timothy Blair, January 1, 1967 – February 14, 2013?) was an American rapper from the Bronx, New York who rose to prominence during the early '90s with his debut LP Penicillin on Wax and the celebrated diss record "Fuck Compton". "Fuck Compton" appeared in XXL Magazine's "Top 25 Diss Tracks of All Time" and earned Tim Dog critical acclaim from progressive hip-hop producer Blockhead who said that Tim Dog's "Dog's Gonna Getcha" (off Penicillin On Wax) is "quite possibly the hard...

Tim Dog (real name Timothy Blair, January 1, 1967 – February 14, 2013?) was an American rapper from the Bronx, New York who rose to prominence during the early '90s with his debut LP Penicillin on Wax and the celebrated diss record "Fuck Compton". "Fuck Compton" appeared in XXL Magazine's "Top 25 Diss Tracks of All Time" and earned Tim Dog critical acclaim from progressive hip-hop producer Blockhead who said that Tim Dog's "Dog's Gonna Getcha" (off Penicillin On Wax) is "quite possibly the hardest song ever made." Nas shouts out Tim Dog on his track "Where Are They Now?" from his 2006 Album Hip Hop Is Dead and despite Tim Dog's beef with Dr. Dre, Eminem name-checked him on the track 'Ricky Ticky Toc'.

Fuck Compton
During the early 1990s, seminal rap group N.W.A and several other West Coast rap artists were becoming popular within the hip hop community and magazines such as Rap Masters, Word Up and The Source provided significant coverage to artists from Los Angeles. The success of N.W.A and their focus on the South Central L.A. suburb of Compton via their platinum album Straight Outta Compton had spawned a number of imitators and other groups who also claimed to represent the suburb. The success of artists such as Compton's Most Wanted and DJ Quik led to a period in hip hop where so-called "gangsta rap" and its trademark dress of black Los Angeles Raiders and Los Angeles Kings gear were de rigueur.

Some New York hip hop artists resented the exposure and success of their West Coast counterparts, an animosity which Tim Dog would tap into via the release of his groundbreaking first single. Frustrated at the apparent lack of interest in East Coast artists from record companies, Tim recorded "Fuck Compton", a scathing diss track from his debut album Penicillin on Wax. "Fuck Compton" attacked the city's style of dress and musical output and made threatening gestures to several Compton rappers including Eazy-E, Ice Cube, MC Ren, Dr. Dre, and Michel'le:

The lyrics also made reference to an infamous incident involving N.W.A's Dr. Dre and host of "Pump It Up" Dee Barnes. Barnes had accused Dr. Dre (real name Andre Young) of assaulting her after "Pump It Up" had edited an N.W.A interview to include disparaging comments made by Ice Cube, who was embroiled in a feud with his former group at the time: "Dre, beating on Dee from Pump It Up? Step to the Dog and get fucked up!"

The single was released by Ruffhouse Records, home to other artists such as Cypress Hill and Kriss Kross, and became a worldwide underground hit in the clubs and hip hop circles. Two versions of a music video were released - the original version and a censored edit.

Penicillin on Wax
Penicillin on Wax included several additional "disses" aimed at both Compton artists and commercially successful artists such as Kid N Play and Kwame. The intro used the same beat as N.W.A's "efil4zaggin" album intro. Tim taunted "I stole your beat and made it better, to show the whole world that you aint nothing but a bunch of pussies" before a number of disparaging answering machine messages supported Tim's position. Tim rapped: "Wearing all that black, driving them cars, but you still look wack!". In another skit, "DJ Quik Beat Down", Tim Dog physically assaulted DJ Quik.

The lyrical insults were arguably the opening salvo in what would later become the East Coast versus West Coast hip hop conflict which would ultimately lead to the "beef" between Bad Boy Records and Death Row Records.

Responses to Fuck Compton
The main target of Tim's insults N.W.A, never officially responded as a unit due to their pending break up, although Dre would later employ an upstart emcee Snoop Dogg to respond on his behalf. Several other Compton rap units responded:

* Compton's Most Wanted dissed Tim on "Who's Fucking Who?". The track repeated a sample from Boogie Down Productions "South Bronx" before replaying a soundbite of Tim Dog saying "Bullshit City", originally from "Fuck Compton".
* DJ Quik responded with "Way 2 Fonky" and "The Last Word".
* Dr. Dre responded with the skit "The $20 Sack Pyramid" and the intro of the track "Puffin On Blunts And Dranken Tanqueray", a B side to the "Dre Day" single.
* Tweedy Bird Loc Responsed To Tim Dog on The Song Fuck The South Bronx
* The West Coast's most celebrated response would not come from a Compton rapper but from Dr. Dre's new protege Long Beach rapper Snoop Doggy Dogg on the second verse of the track "Fuck wit Dre Day (and Everybody's Celebratin')." Snoop also dissed Luke Campbell from 2 Live Crew and Eazy-E, both of whom were feuding with Dre at the time.

Do or Die
Tim followed up with his second album Do or Die. While it wasn't as critically acclaimed as Penicillin on Wax, it did feature the hits "Skip to My Loot", and "I Get Wrecked", featuring the legendary KRS-One. The album represented Tim's shift of focus, away from confrontation with the West Coast and concentrated on hardcore East Coast rap. Interestingly, the album contained a shout-out to 2Pac whom Tim thanked for assisting him when involved in a potentially violent situation when touring in California.

Other Recordings
Tim moved to the UK in 1995 and worked with U.K. artist Apache Indian, producing the hit single "Make Way for the Indian". Tim then toured with Kool Keith and recorded several other tracks, the most recent being his August 2005 collaboration with Percee P, "NY to the UK".

Ironically, Tim Dog and Ultra partner now live in L.A and work with Bay Area producer "Kutmasta Kurt". Tim acknowledged the effect his track "Fuck Compton" had on the hip hop industry and the development of the East Coast / West Coast beef. He explained in a recent interview that he never thought the song "would blow up the way it did". He states that the record was released in frustration of not being signed by record company A&R executives whom only wanted to sign Compton rappers. The final straw came when one particular exec asked him to grow a Jheri curl.

Tim Dog embarked on several tours during 2004 and 2006 including Europe, U.K and Australia to promote his new album "BX Warrior". While he is no longer hostile towards the state of California, the single "Original Dog" does not shy away from controversy, and Tim confirms that his beef with Snoop Dogg is far from over: 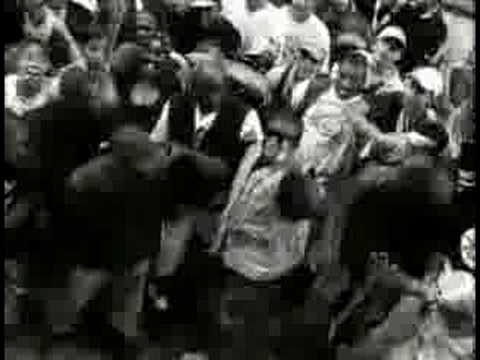