Till West: Till Andermahr, alias Till West, discovered his finely honed feeling for trends very early on. In addition to his interest in fashion, he has been managing his own distribution company with the well-known fashion labels Timezone, Southpole, Sir Benni Miles, Rocawear and Two Angle since 1993. He has always been passionate about music. When he bought himself his first, very own, record player in 1990 at the age of 16 he already knew that he wanted to live this passion in its full scope....

Till West:
Till Andermahr, alias Till West, discovered his finely honed feeling for trends very early on. In addition to his interest in fashion, he has been managing his own distribution company with the well-known fashion labels Timezone, Southpole, Sir Benni Miles, Rocawear and Two Angle since 1993. He has always been passionate about music. When he bought himself his first, very own, record player in 1990 at the age of 16 he already knew that he wanted to live this passion in its full scope. His love of music was always in the foreground. Shortly before he went off on his own bat in the fashion industry, he was introduced to Arndt Meyer-Wegner alias DJ Delicious. The two spent at least as many hours behind their record players as they did in the studio and at scene events. It didn't take long until Till West took care of the sound at respective clubs in Cologne, e.g. Funky Chicken, Apollo, Teatro, Tiefenrausch or the El Divino with its energetic house sets. Together with his long-term friend, DJ Delicious, he released his debut single “Same Man" in February 2006 which are being released simultaneously under Phunkwerk and Ingrossos “Refune Label". You simply can't deny the single's success. Two months prior to the release the single already made waves not only with DJ celebs such as Pete Tong.

DJ Delicious:
Music plays a huge role in everyone’s life. Whether consciously or subconsciously, hardly anyone could imagine life on this world without the multiplicity of tones and sound waves. For Arndt Meyer Wegner, alias DJ Delicious, who was borne in Frankfurt, music has played a leading role since the age of 4. As the son of a band musician, he couldn’t keep his fingers off the radio and record player in his early childhood and quickly learned how to operate the technical aids professionally. In 1988, during a student exchange program in London, he experienced the energy of the early Acid House wave. At the very latest, it was then that his love fully turned to electronic music.

Directly after his London stay, he started to compose his first own melody on the Amiga. Due to the limited sound variety, it was imperative that he bought further equipment and a brief time later, a complete studio had been set up. With his first release of “Chaos Tribe” in 1993 under Thomas P. Heckmann’s then label “Uptown” he laid the foundation stone for the coming years as producer and DJ. In the same year he played both at his own and at renowned club events in the whole of North-Rhine Westphalia. Various successful remix and production orders, which were released under various pseudonyms by Urban / Polydor, Sony, WEA, as well as the collaboration with Ramon Zenker and others, determined his next years.

“Such a Feeling”, the first track which was released under the name of DJ Delicious, was initially pressed at his own initiative, was later licensed by WEA and developed from an underground club hit to the top of the German dance charts. In addition to doing the regular DJ gigs in the legendary House of Unique, the musician who by now lived in Cologne, spent his time in the studio. Here, further remixes for artists such as Morcheeba, Bootsy Collins or Sash were created under the auspices of DJ Delicious.

Inspired by influences of the electronic house music, with its richer facets, it awakened in him the wish to establish a platform for his own productions. Together with his partners Stefan Bossems, who has been working as a producer and DJ for years, and Till West, he founded the label Phunkwerk in the summer of 2005. Only three months later, the new label is on the road to success. With 2 released tracks from Delicious “Let it Drop” and Rutte “The Planet A,” Phunkwerk was the flavour of the month well beyond the borders of Germany within three months.

Steve Angello, who launched “Let it Drop” for his label “Size Records” and who will release the single in January 2006 in England, included the track in the play list of his new Ministry Of Sound Mix-Compilation. The single can be found in the sets of DJ icons like Sharam Jey, Ingrosso, Axwell, Eric Prydz or Erick Morillo. The Single Till West & DJ Delicious “Same Man”, which is to be launched in January under Phunkwerk and at the same time under Sebastian Ingrosso’s “Refune Label” is currently running as white label and is making waves well before its launch. “Same Man” has been running in Pete Tong’s Essential Selection Show on BBC / Radio One and was voted the “essential tune of the week.” The disc is in the disc bags of Roger Sanchez, Tom Novy, DJ Disciple and Erick Morillo, who used it as the highlight of the evening at the recent opening of the Pacha New York. The club hit “Jaja” by Rutte & Delicious, which was produced for Funky Chicken Records, the label of the legendary Cologne event series of the same name, is to be found on every dance floor since its launch at the beginning of December 2005. Worldwide gigs have been planned for 2006 in addition to the numerous productions. Read more on Last.fm. User-contributed text is available under the Creative Commons By-SA License; additional terms may apply. 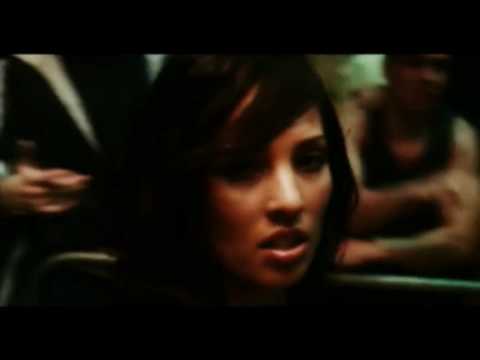