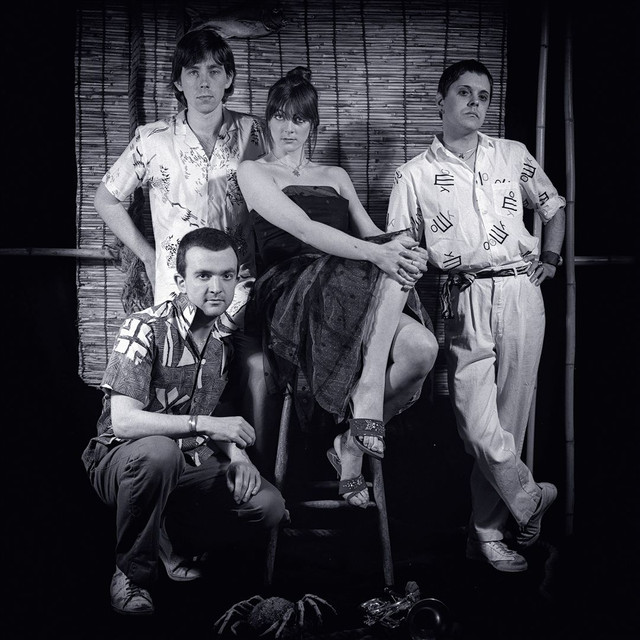 Throbbing Gristle was formed in London, UK in 1975 out of the ashes of international performance art group COUM Transmissions. Founding members Cosey Fanni Tutti, Chris Carter, Peter Christopherson and Genesis P-Orridge, as well as artist Monte Cazazza (a collaborator and friend of the band), coined the phrase "Industrial Music For Industrial People" to describe the dehumanization and mechanization of music making they in part wanted to evoke. Aside from inventing a completely new musical genre...

Throbbing Gristle was formed in London, UK in 1975 out of the ashes of international performance art group COUM Transmissions. Founding members Cosey Fanni Tutti, Chris Carter, Peter Christopherson and Genesis P-Orridge, as well as artist Monte Cazazza (a collaborator and friend of the band), coined the phrase "Industrial Music For Industrial People" to describe the dehumanization and mechanization of music making they in part wanted to evoke. Aside from inventing a completely new musical genre (Industrial Music) Throbbing Gristle also founded their own record label, Industrial Records, which became home to artists such as Cabaret Voltaire, Clock DVA, SPK, William S. Burroughs and Monte Cazazza.

Throbbing Gristle were dubbed "wreckers of civilisation" by Tory MP Nicholas Fairbairn because of their 1976 exhibition "Prostitution" at the I.C.A. in London.

In 2003 Throbbing Gristle regrouped.
The first new studio album from the regrouped TG was entitled 'Part Two: The Endless Not' and was released in 2007. Each of the initial CD pressings included one of a series of four different Totemic Gifts in either copper, bone, rubber or wood and the gifts were encased within the CD jewel case. The Totemic Gifts were handmade under Peter Christopherson's personal supervison in Thailand and each of the Totemic Gift CDs came in an edition of 1000.
TG have also recently released a limited edition DVD boxed set titled 'T G V'.

In 2007 TG performed live at the I.C.A. in London as a three-day installation entitled 'The Desert Shore'. This installation consisted of the band recording a cover version of Nico's classic album 'Desert Shore'. A limited edition of the live recording was later released on Industrial Records. In 2007 TG also performed a live 'soundtrack' concert to a series Derek Jarman films, with a full choir (conducted by Hildur Guðnadóttir) at the Turine Hall in Tate Modern.

On October 29th, 2010, Throbbing Gristle announced on their website that Genesis P Orridge had informed them that she was no longer willing to perform with Throbbing Gristle and would be returning to her home in New York. Chris, Cosey and Peter would finish the tour under the name X-TG.
Throbbing Gristle - the founders of the musical Industrial - of art, which is based on experimental music-expressed with active use of samples and inharmonious combinations of sounds, as well as visualization and avant-garde live performances, often unpleasant and repulsive to the average layman. Musically TG absorbed the influence of experimental music pioneers of the 60s, such as the Fifty Foot Hose, The Velvet Underground, Can, as well as classical composers John Cage and La Monte Young.

Key member of Throbbing Gristle can formally assume a man named Neil Megson, better known as Genesis P-Orridge. Neil was born in 1950 in Manchester, in a family involved in theatrical and musical activity. His father was a jazz musician. As a child, Neil was interested in the occult, his grandmother was a psychic. At age 15, Neil began to develop a character named Genesis P-Orridge, but until 1971, all the records released under the name of Early Worm. His first record he released in 1968, it is based on improvisation on homemade instruments. In 1969, he enrolled at Hull University and created the first "sound lab" where not only make music, but hid from everyday life. Laboratories were among the devices not only cassette recorders and other devices for recording and playback of sound, but also model railway. Early Worm designed the cover artist John Cage. His book Silence was one of the main sources of inspiration for the P-Orridge. At Hull University, he studied not long, and in the same '69 safely departed from him, went to London, where he lived for a while in the commune of Exploding Galaxy. The members of the commune refused to normal life, the concept of private property and personal life, as well as the class structure of Britain. In the commune practiced discipline and costumed role play. Back in Hull, P-Orridge founded comic musical theater company with Cosey Fanni Tutti.

After some time, this group was transformed into a performance-art-shock group COUM Transmissions, focusing on sex, taboos, and paranormal phenomena. In 1971, Genesis even learned magic from William S. Burroughs. In 1973 he joined a COUM Peter «Sleazy» Christopherson, who is considered one of the founders of the concert sampler. His sampler consisted of a number of connected together cassette recorders and controllers. Cosey worked as a secretary, stripper, pornographic and erotic model. Famous show "Prostitution", held in 1976 at London's Institute of Contemporary Arts (ICA), included a display of pictures of naked Tutti, and her porn pictures. The show included a striptease, tampax in the glass and guards transvestites. Prostitutes, punks, men in suits and the usual inquisitive were hired to mingle with visitors to the gallery. All this even caused debate in Parliament. Members of the House of Commons demanded an explanation from the Minister of Culture, and the P-Orrige and Tutti were declared "destroyers of civilization." But this is not long in coming, and a report on the show in the newspaper Fleet Street. However, the organizers received original, cutting out the review of the newspaper and making it another one of the exhibits. Until the end, in a shocking performance COUM Transmissions involved only Genesis P-Orridge, Cosey Fanni Tutti, and Peter "Sleazy" Christopherson. These people and became the nucleus of the future band Throbbing Gristle.

Throbbing Gristle was founded October 18, 1976 in the ICA, a rock band from 4 participants. For Genesis, Cosey and Peter'u joined Chris Carter. Name to Yorkshire slang means "erect penis" (although the term 'throbbing gristle' can be employed in relation to the heart). In an episode of the comedy TV show 80's "Only When I Laugh", written by Yorkshireman Eric Chappell, character Figgis, refers to a greyhound named Throbbing Gristle. It is unlikely that the TV censors of the time were aware of all the values ​​of this phrase when they were given the good scenario.

The first performance took place in Throbbing Gristle Air Gallery in London on 6 July 1976. The band played in one room, while in the next room sounded different music. Peter worked on the special effects and led to the idea of ​​artificial scars, and Chris was cutting himself with a razor.

At this point, the headquarters of Throbbing Gristle was the home of 10 on Martello Street in East London, the team of artists address anti-West End. Living and working spaces, P-Orridge and Tutti also has a mailing address of their own record label, Industrial Records. IR logo has faded high-contrast black-and-white photograph of the main ovens of Auschwitz. In 1977, they released their debut record, "2nd Annual Report". Originally released on Industrial Records in the amount of 786 copies, it was reprinted later, thanks to the great demand among the public. Also for six years on Industrial Records were released works by such artists as Monte Cazazza, The Leather Nun, Thomas Leer and Robert Rental, Surgical Penis Klinik (SPK), Elisabeth Welch, Dorothy, Clock DVA, Richard H. Kirk, Cabaret Voltaire, as well as the famous writer William S. Burroughs. All these people and groups should be considered artists present original Industrial.

Throbbing Gristle confrontational performances were based on the annoying artistic images, including pornography and photographs of Nazi concentration camps. All this gave the band a rather bad name. However, the group always has a clear opinion that their mission - to cry out and explore the dark and obsessive sides of the human condition, rather than to make attractive music. Throbbing Gristle pioneered the use of pre-recorded samples, and extensive use of special effects to create special, terribly distorted background, usually accompanied by the rhythmic verses or colloquial speech Genesis P-Orridge. Live entertainment group is always quite different from their studio work. In addition to the studio albums were vypusheno many recordings of concerts TG.

Throbbing Gristle latest single was «Discipline.» A recent release Industrial Records was named "Nothing Here But The Recordings", a best-of-album of tape archive William S. Burroughs, who gave the P-Orridge and Sleazy access to records. The last show TG, Mission Of Dead Souls, was held in May 1981 in San Francisco. Soon after this, Genesis and Paula P-Orridge (née Alaura O'Dell) were married in Tijuana. Throbbing Gristle ceased to exist. Industrial Records were closed and former members heralded the end of the industrial era in the music and the beginning of the post-industrial. After that, Genesis P-Orridge and Peter Christopherson created a project Psychic TV, thus becoming one of the founders not only industrial, but also acid house. Cosey Fanni Tutti and Chris Carter continued to issue records under the name Chris and Cosey. Christopherson later became half of Coil, he created with fellow Psychic TV, John Balance. All participants TG have sponsored a considerable number of films and books.

Many years later, the group got together again. The first show after a break of almost two decades, passed in 2004, Astoria Theatre, London. This was followed by two concerts in Italy in 2005 and the show in Berlin from 31 December 2005 to 1 January 2006. Also completed recording the first in many years album. In April 2007, in light of the album «Part Two - The Endless Not», well met as music critics and fans.

October 29, 2010 P-Orridge announced its withdrawal from the group. The three remaining members continued to tour in Europe under the name X-TG.

November 24, 2010 another member of the team, Peter Christopherson, died in his sleep 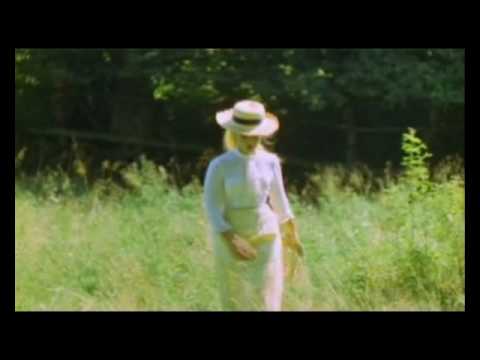 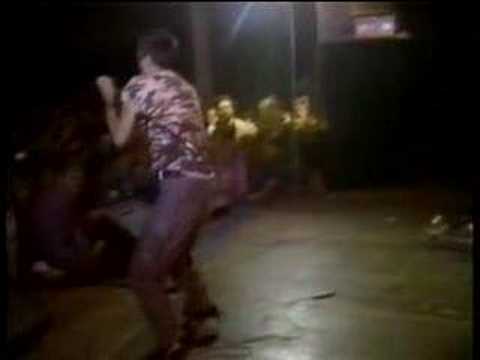