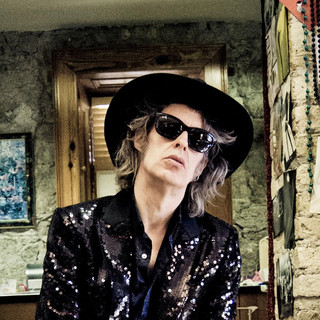 The Waterboys is a British celtic band formed in 1983 by Scottish musician Mike Scott. Their songs, largely written by Scott, often contain literary references and are frequently concerned with spirituality. Both the group and its members' solo careers have received much praise from both rock and folk music critics, but The Waterboys as a band has never received the commercial success that some of its members (such as Ian McNabb, leader of The Icicle Works; Trevor Hutchinson, a founding member...

The Waterboys is a British celtic band formed in 1983 by Scottish musician Mike Scott. Their songs, largely written by Scott, often contain literary references and are frequently concerned with spirituality. Both the group and its members' solo careers have received much praise from both rock and folk music critics, but The Waterboys as a band has never received the commercial success that some of its members (such as Ian McNabb, leader of The Icicle Works; Trevor Hutchinson, a founding member of Lúnasa; etc) have had independently.

The band's membership, past and present, has been composed mainly of musicians from the British Isles. London, Dublin, Spiddal, and Findhorn have all served as a home for the group. The band has played in a number of different styles, but most often their music can be described as a mix of Celtic folk music with rock and roll, or folk rock. After ten years of recording and touring, the band dissolved in 1993 and Scott pursued a solo career. The band reformed in 2000, and continues to release albums and tour worldwide. Scott himself emphasizes a continuity between The Waterboys and his solo work, saying that "To me there's no difference between Mike Scott and the Waterboys; they both mean the same thing. They mean myself and whoever are my current travelling musical companions."

More than thirty musicians have performed live as a Waterboy. Some have spent only a short time with the band, contributing to a single tour or album, while others have been long-term members with significant contributions. Scott has been the band's lead vocalist, motivating force, and principal songwriter throughout the group's history, but a number of other musicians are closely identified with the band.

Anthony Thistlethwaite was an original member of the band, and remained a member until 1991 when the band broke up, although he also joined a few recording sessions for A Rock in the Weary Land. After Scott and Wickham, Thistlethwaite has more songwriting credits than any other Waterboy. His saxophone, regularly featured in solos, was one half of the early group's distinctive brass section, but he has also played guitar, keyboards and a number of other instruments for the band. He pressed to return The Waterboys to a rock music sound after Room to Roam, but did not appear on Dream Harder, the result of that decision. He is now a member of The Saw Doctors, and has also released three solo albums.

Kevin Wilkinson, another original member, was The Waterboys' drummer from 1983–1984, and continued to play in some studio sessions afterwards. His most recent appearance was on A Rock in the Weary Land. He led the rhythm section of the group during its "Big Music" phase, sometimes without the assistance of any bass guitar. Scott describes Wilkinson's drumming as "bright and angular, an unusual sound".

Karl Wallinger joined the group in 1983, shortly after its formation. He left the group two years later, but in that relatively short period made important contributions to both A Pagan Place and This is the Sea. He co-wrote "Don't Bang the Drum", the environmentalism anthem on This is the Sea. His keyboards and synthesizer work expanded the group's sound, and he also did some studio work for demo sessions. Wallinger's World Party project was heavily influenced by his work with The Waterboys.

Roddy Lorimer's participation in the group began in 1983, contributing his trumpet playing "on and off" through 1990. He and Thistlethwaite took turns leading the brass section of the band, and Lorimer was also a featured soloist, most famously on "The Whole of the Moon" and "Don't Bang the Drum". He further contributed backing vocals to the song. His trumpet style is a combination of his classical training with an experimental approach encouraged by Scott. Lorimer returned for some studio work in 2006.

Steve Wickham transformed the group with his joining in 1985. His strong interest in folk music directly resulted in the band's change of direction. His initial involvement with The Waterboys ended in 1990 when Scott and Thistlethwaite wanted to return to rock and roll, but Wickham rejoined the group again in 2000, and, as of 2007, continues to perform with the band. Described by Scott as "the world's greatest rock fiddle player", he has written more songs for the band than anyone other than Scott, including the group's handful of instrumental recordings.

After 2000, Richard Naiff became one of the three core Waterboys members.Richard Naiff first recorded with the band in 1999, and joined permanently in 2000. As of 2007, he is a core member, along with Scott and Wickham. He is a classically-trained pianist and flautist, and plays keyboards for The Waterboys. Ian McNabb described him as Scott's "find of the century" and reviewers have described him as "phenomenally talented". 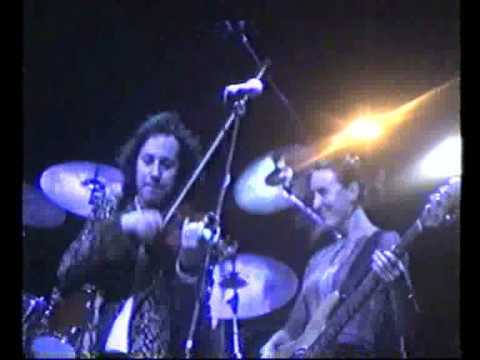 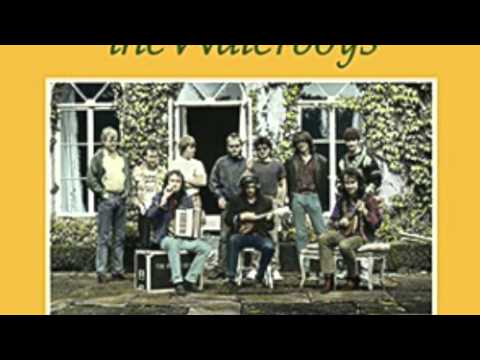 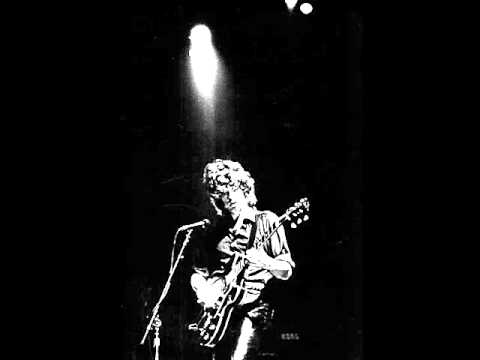 My Lord, What a Morning 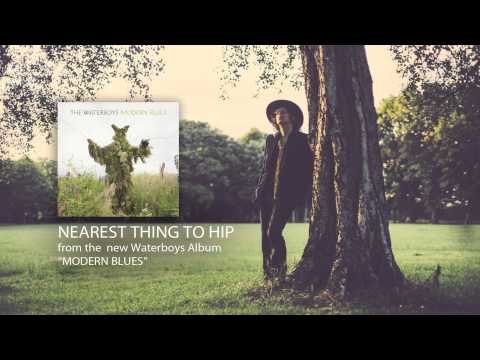 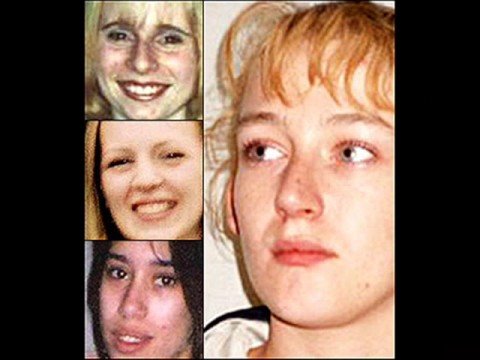 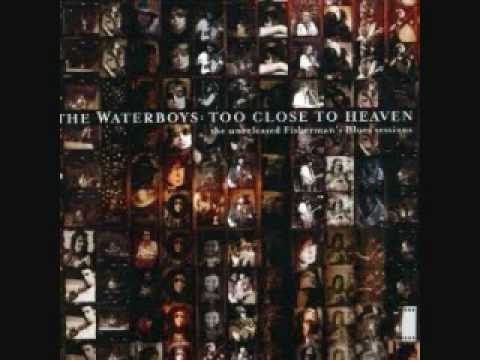 On My Way to Heaven 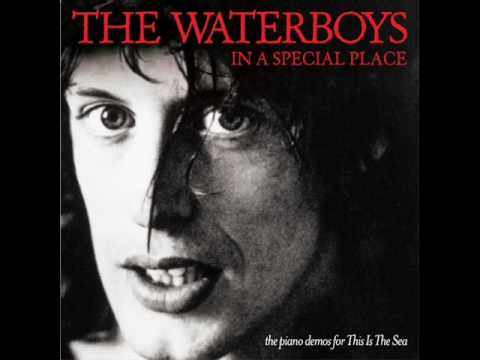 Paris in the Rain 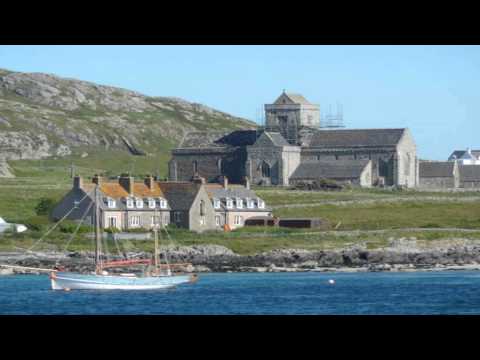 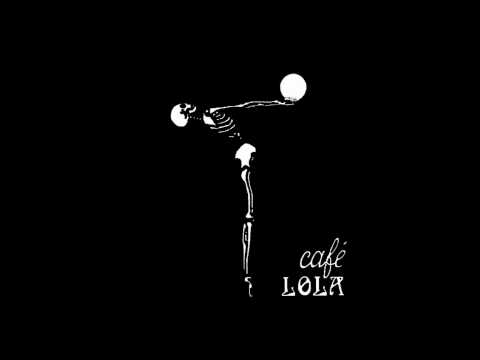 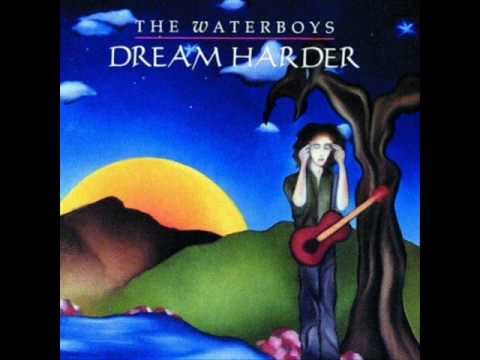 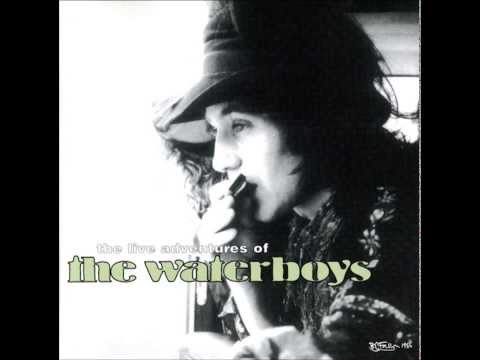 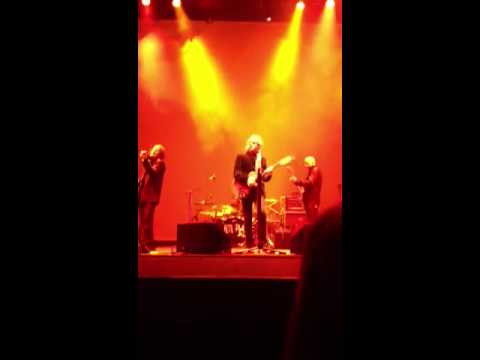 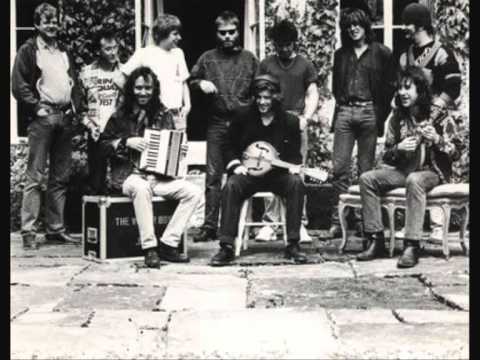 Rattle My Bones and Shiver My Soul 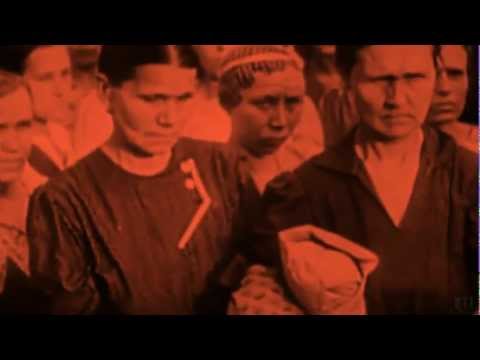 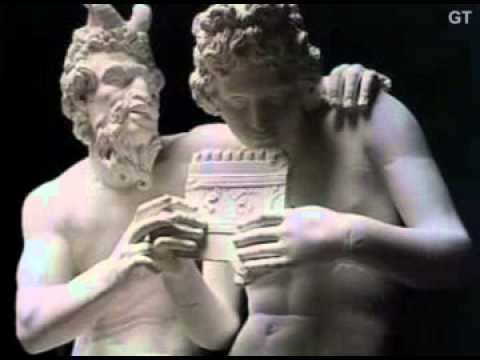 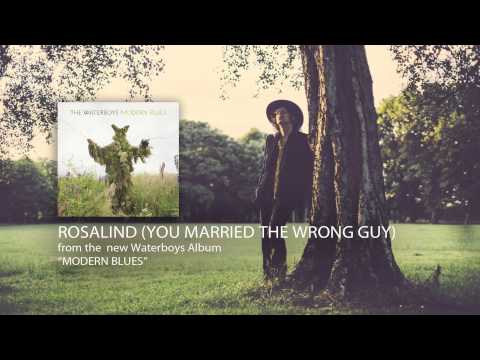 Rosalind (You Married the Wrong Guy) 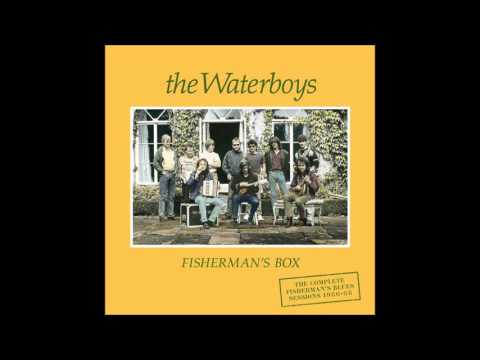 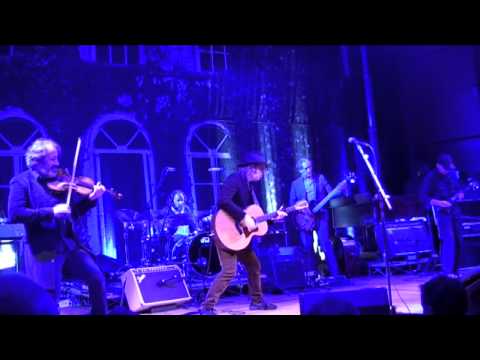 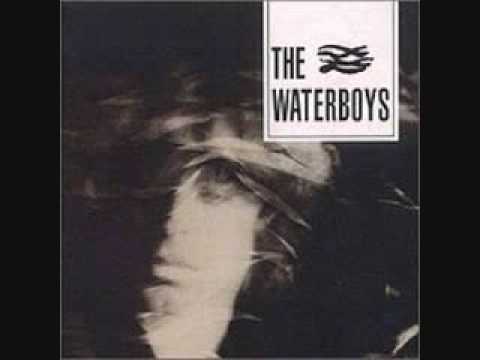 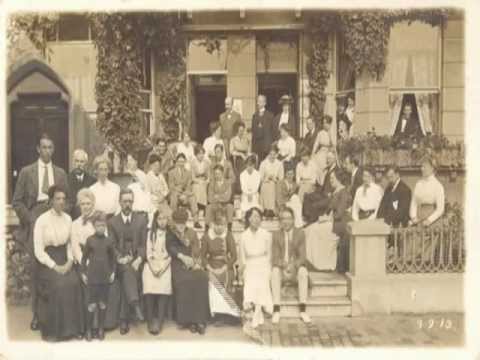 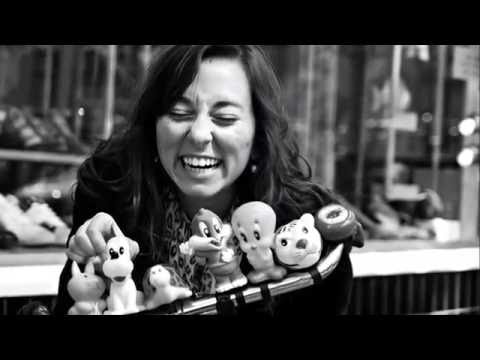 She Is So Beautiful 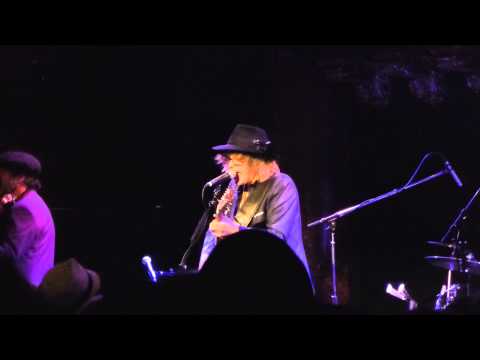 She Tried to Hold Me 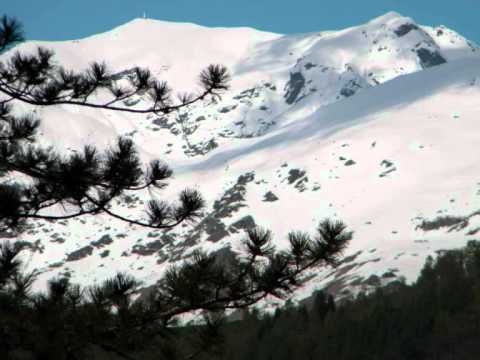 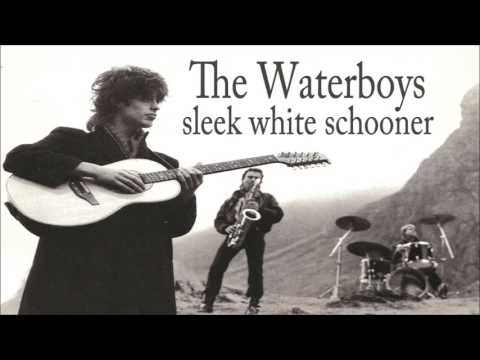 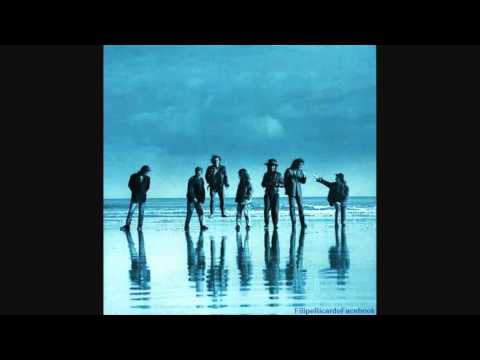 Something That Is Gone 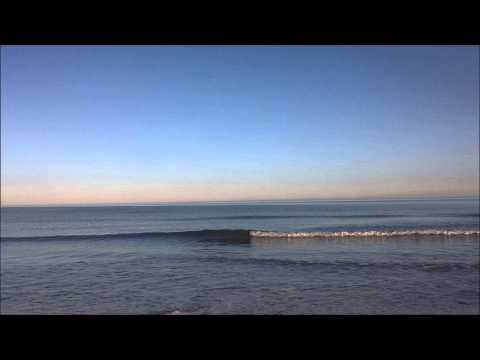 Song From the End of the World 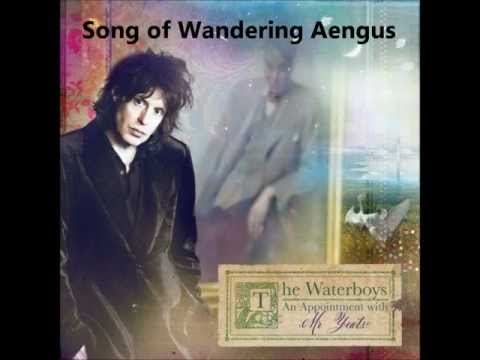 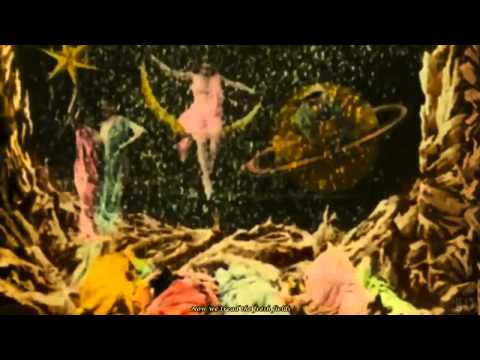