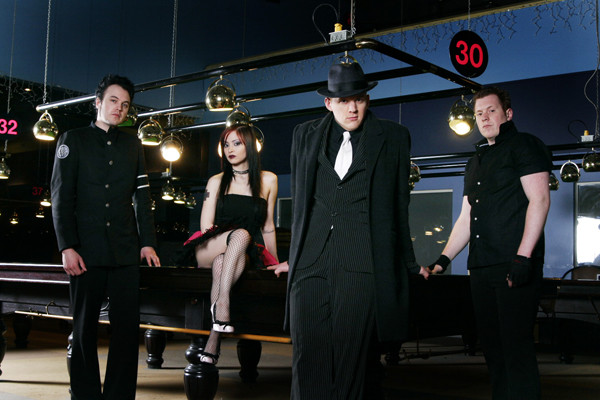 The Vincent Black Shadow is an alternative/garage rock which formed in 2003 in Vancouver, Canada. The band initially formed by Cassandra Ford (vocals), Robbie Kirkham (guitar, vocals), Chris Kirkham (bass), Mary Ancheta (keyboards) and Anthony Ancheta (drums). Nikki Hurst took over from Cassandra in 2010 on vocals. The Vincent Black Shadow have the moxie to awaken the retro heart and pump it full of new school blood. Their throwback 1940’s cabaret sound has been twisted and contorted forming a...

The Vincent Black Shadow have the moxie to awaken the retro heart and pump it full of new school blood. Their throwback 1940’s cabaret sound has been twisted and contorted forming a modern hybrid. Combining hook laden riffs, gain stained guitar, hypnotic rhythms, classical piano and unpredictable lyrics that take you on a disturbing journey to a world you clamor to revisit.

This Vancouver based quintet is comprised of Cassandra Ford (Vocals), the brothers’ Kirkham. Robbie (Guitar/Vocals), Chris (Bass/Vocals), Anthony (Drums) and Mary Ancheta (Keyboards). In 2000 Rob and Cassandra met while ordering the same obscure martini at a local hot spot this spawned the friendship that then turned into musical collaboration. Cassandra’s talents were called upon in the South Pacific when Universal Philippines invited her down for a record deal. With their discarding of music she and Rob had created she realized they were not interested in her talents, they just wanted to turn her into an Asian pop star. Cassandra quickly booked herself a ticket back to Vancouver where her and Rob reunited. The two started feverishly writing. Continuously expanding their project they called upon the other Kirkham brothers to join in their endeavor. The Kirkhams - Robbie, Chris, and Anthony's have been musically raised by their father, a trumpet player for The Vancouver Symphony Orchestra for nearly 40 years. It was dad’s fervent work ethic and broad basis of musical knowledge that nurtured the three’s talents and fed their quest for personal musicianship. Rounding out the equation is Mary Ancheta. When Mary Arrived on the scene she brought with her a very distinguished past filled with guest appearances on albums by Default and Bocephus King as well as award winning movie scores and featured music on network tv shows. With a band in tact, the five collaborated to create a new sound drawing influence from an eclectic variety, such as film soundtracks (Ennio Morricone, Angelo Badelamenti, Danny Elfman), Faith No More, No Doubt, Chris Isaak, Blondie, Danzig, Megadeth, Burt Bacharach, and classical music. The five piece took their name from a mysterious motorcycle in the Hunter S. Thompson novels. The bike was referred to as “The Vincent Black Shadow”. The name is the perfect match for the band. Cassandra is an artist first and foremost, her art can be found in their albums and music videos.

First playing live in 2003 they set out to take Vancouver by storm. Acquiring a cult following because of their no holds barred stage show.

TVBS’s recordings are just the soundtrack to their completely mesmerizing stage performance. Each individual presenting their own undeniable stories. Rob’s fiery passion and action packed guitar performance is intensified by his fancy foot work and zoot suit garb. Balanced by a rhythm section of brothers, bassist Chris lays down thick pocketed riffs with his bold, hold it down swagger, and driving sonic undertones. Leaving way for the popping and flying of sticks brought to you by the third Kirkham in the troupe, Anthony. His relentless breakdowns and crushing fills bring the percussive pop punk twinge that set TVBS in their own category. Mary’s body rocks the boards as she thrashes her long locks through the air while providing the eerie notes and mysterious tones on the keys creating a whirlwind of sounds for the others to dance around. It is this explosive high energy the acts as the complete spectral opposite when juxtaposed to Cassandra’s icy demeanor. The emotional intensity that is vacant from the contemptuous eyes of Miss Ford is malicious, murderous, yet addictive and captivating. She hypnotizes audiences with powerful glass shattering vocalizations of lyrics that twist and turn. It is the undisturbed vacancy and belting bravado that has crowds wondering what incredible angst lies within the black heart of this diminutive beauty.

The Vincent Black Shadow signed with Bodog Music in 2006 and promptly recorded their premier CD entitled Fear’s In The Water, this album is unapologetic, unyielding, and is one of the few truly original new alternatives to the world of music. Scheduled for release July 11, 2006. Put on your dancing shoes and get your Prozac prescription filled.

As of 2010, Nikki Hurst replaced Ford as lead vocalist when Ford expressed interest in taking a break to go to school. The new line up however remained the same and Ford decided to work on other musical projects minus the Kirkham brothers. Their latest creation, an EP entitled "The Finest Crime" will be released via iTunes on Valentine's Day 2011. Read more on Last.fm. User-contributed text is available under the Creative Commons By-SA License; additional terms may apply. 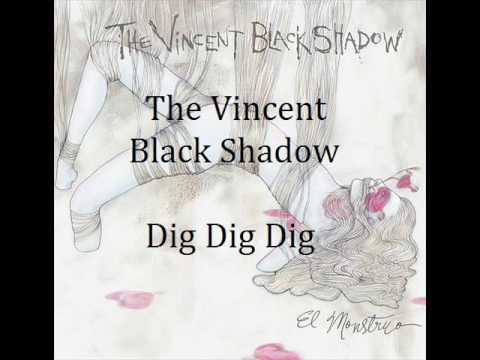 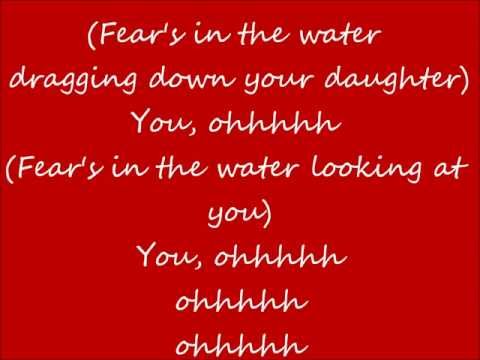 Fear's In The Water