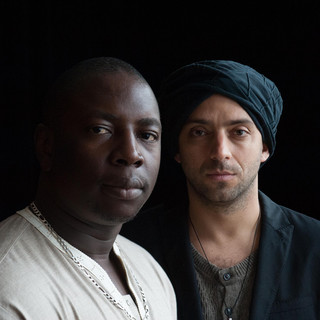 Israeli superstar Idan Raichel and Malian guitar virtuoso Vieux Farka Touré́ first met at an airport in Germany in 2008 while both were on tour. From this chance encounter an artistic kinship was born, culminating in an unscripted recording session that took place one afternoon in November 2010 in a small Tel Aviv studio. Joined by Israeli bassist Yossi Fine and Malian calabash player Souleymane Kane, Idan and Vieux improvised a masterful selection of songs that capture the unbridled creativity...

Israeli superstar Idan Raichel and Malian guitar virtuoso Vieux Farka Touré́ first met at an airport in Germany in 2008 while both were on tour. From this chance encounter an artistic kinship was born, culminating in an unscripted recording session that took place one afternoon in November 2010 in a small Tel Aviv studio. Joined by Israeli bassist Yossi Fine and Malian calabash player Souleymane Kane, Idan and Vieux improvised a masterful selection of songs that capture the unbridled creativity and inspired collaboration of these four brilliant musicians. The Touré-Raichel Collective was formed and the songs they recorded are the foundation of the album The Tel Aviv Session.

Idan Raichel is a massive pop star and household name in Israel. With his distinctive long dreadlocks and turban, Idan is immediately recognized wherever he goes. The music he creates with his internationally renowned band The Idan Raichel Project unites African, Middle Eastern, Eastern European and other multicultural flavors into an accessible global pop amalgam.

Idan has long been a fan of the legendary Ali Farka Touré, Vieux's father and main musical inspiration. "I listened to Ali Farka Touré for years," says Idan, "I even used his sound as the muse for one of the songs on my first album." Upon meeting Vieux, Idan was effusive in his praise. "I have a dream," Idan told Vieux, "I will leave my band and come join yours as a keyboard player. I don't care if I get paid or anything, I just want to follow you around and see how you do it."

As one of Africa's premier guitarists and a member of Malian musical royalty, Vieux is probably accustomed to the fawning of fans, but Idan proved his sincerity when he hopped on a flight to Cartagena, Spain to join Vieux in concert. "Going back to being a side musician and taking that opportunity to learn from Vieux was a magical experience for me," Idan recalls. "It was like the owner of a restaurant who goes back to waiting tables just for the experience!"

Vieux recalls, "When I first met Idan he looked like a crazy hippie to me. But he carried himself with a lot of confidence. He was cool and relaxed. I knew there must be something powerful about this guy. Then the minute we first played together, I knew that I was right. He has deep talent and a deep soul."

Two years later, Idan became the curator of a world music series at the Tel Aviv Opera House, and he invited Vieux to perform the first concert. It was a magical night, with Vieux and Idan trading riffs backed by Vieux's full band. Also joining them on stage that evening was bassist Yossi Fine, who shares a close relationship with both Vieux and Idan. The leader of Ex-Centric Sound System, Yossi is an exceptionally gifted bassist who has recorded with everyone from Lou Reed to Meshell Ndegeocello. Yossi had produced Vieux's second album Fondo, and he also happened to have been one of Idan's musical mentors.

When the unforgettable concert was over, Idan wanted more. "You know what, lets find a studio and jam," he proposed, and the next day they met at a friend's studio in south Tel Aviv. Idan, Vieux, Yossi and Souleymane from Vieux's band played for just three hours. The music flowed out effortlessly, with minimal discourse and maximum improvisation. Its hard to imagine that the songs they created that day were made up on the spot, and it's a testament to their high level of musicianship and deep communication.

"It was like the closing of a circle," recalls Idan. " I had known Yossi since I was a young musician just learning the ropes, and he had worked so closely with Vieux as well. Little did I know that my meeting with Vieux at that airport in Germany would eventually lead to such a special musical experience."

The studio was set up like a living room. Yossi sat next to Vieux on a couch and they all took breaks to have coffee and hang out. They recorded straight from the heart, just playing whatever came to them. Sometimes they taught each other some lines, a melody, other times they just played.

Vieux and Idan rarely find themselves playing in such an unadorned, acoustic manner. Vieux's regular sound is more electric with a hard driving rock groove. Idan's virtuosity as a pianist is often shrouded in the lush, flashy arrangements of the Idan Raichel Project. The session gave each of them a chance to reveal the depth of their skill and talent.

For Idan, working in this way allowed him to explore the full capacities of his instrument. "The way that I play piano during the session comes from the kora," points out Idan. "Sometimes I'm using the strings of the piano, plucking them with my fingers like a harp, other times I'm beating the piano as if it were a drum. I use the piano as a whole instrument."

Vieux's manager, Eric Herman of Modiba, was in the studio and remembers, "I was thinking to myself, 'Alright, this is fun, a really nice little jam.' Soon there were two or three tracks and I started to think 'Hmm, maybe there will be something here we could use.' After about five or six more amazing songs were laid down I said, 'Wait a minute, we have a full album here!"

"Because there was no expectations," Eric explains, "it was really the most fluid and pleasant recording experience. They all just played until they got tired. As it was unfolding, it was pretty clear to everyone something special was happening and that's why it kept going and going and by the time it was done I knew that we had a really good record. What struck me was the nakedness of it. So many people agonize over all the aspects of a recording; everything is premeditated in virtually all recording sessions that I've been to. And this was entirely freeform -- an open exchange."

When Idan started playing rough mixes of the session to others and witnessed their astonished reactions he knew that they had captured something unique. Idan began to edit the tracks, trimming some sections and fleshing out others. "There were some people that we wish had been there that day, so we decided to ask them to record some additional parts."

They invited singer Cabra Casey, an Israeli of Ethiopian heritage who is a member of the Idan Raichel Project, to write lyrics in the Ethiopian language Tigrit and sing on the song "Ane Nahatka". Another member of the Idan Raichel Project, Yankele Segal, played the long-necked Persian tar on "Kfar". Mark Eliyahu, who immigrated to Israel from the Russian republic of Dagestan, added the haunting sound of the kamanche, an Azerbaijani fiddle, to "Alem". While touring and recording with American singer India.Arie, Idan had met French harmonica virtuoso Frédéric Yonnet, who added a rousing harmonica part to the bluesy groove of "Touré". Meanwhile Vieux recorded vocals for the song "Alkataou" and asked his friend the bass player Patrick Ruffino to sit in as well.

The result is The Tel Aviv Session, an album that merits inclusion in the pantheon of exceptional displays of virtuoso improvisation typified by classic albums such as Talking Timbuktu by Ali Farka Touré with Ry Cooder, Keith Jarrett's The Köln Concert or Vincent Segal and Ballake Sissoko's acclaimed Chamber Music.

That Idan is a Jewish Israeli and Vieux a Muslim African matters not at all to the musicians themselves, but it does symbolize the fact that artistic creation always manages to uncover the deep connections between people rather then the things that make them different. "Vieux and I share the same DNA," asserts Idan, "We are both deeply linked to the places where we come from, our family and spiritual roots. These are the things that really matter."

"Music has no borders," declares Vieux, "What's important is the spirit between people - their backgrounds are not a factor at all if there is a shared respect and a musical connection. From the first time I played with Idan, we shared this musical understanding. So to me it doesn't make a difference if he is from Israel, Japan, or Mars, we will speak the same language when it comes to music." That sense of connection and respect comes through loud and clear on The Tel Aviv Session. Read more on Last.fm. User-contributed text is available under the Creative Commons By-SA License; additional terms may apply. 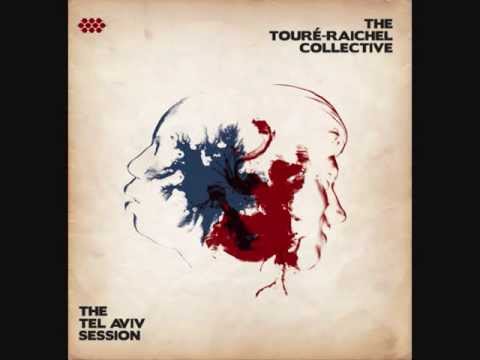