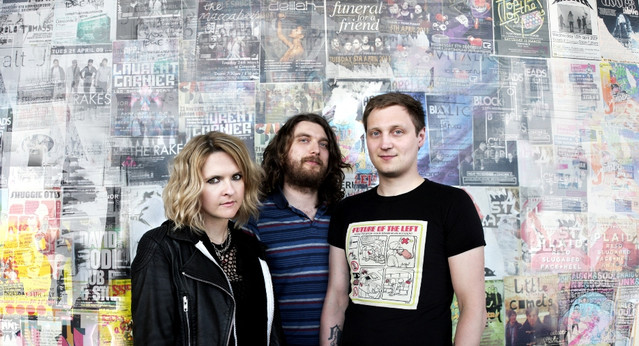 The Subways are a British garage rock/indie rock band. Their debut album, Young For Eternity, was released on 4 July 2005 in the UK and February 14, 2006 in the US. Billy Lunn (guitars/vocals), Charlotte Cooper (bass/vocals), Josh Morgan (drums) They released their second album All Or Nothing on 30th June 2008 and this is preceded by the first single Alright on 16th June 2008. The first track from the album Girls & Boys was given away as a free download from the artist's site. Beginnings The...

The Subways are a British garage rock/indie rock band. Their debut album, Young For Eternity, was released on 4 July 2005 in the UK and February 14, 2006 in the US.
Billy Lunn (guitars/vocals), Charlotte Cooper (bass/vocals), Josh Morgan (drums)

They released their second album All Or Nothing on 30th June 2008 and this is preceded by the first single Alright on 16th June 2008. The first track from the album Girls & Boys was given away as a free download from the artist's site.

Beginnings
The Subways, formed in 2003, began at an early age, and currently have an average age of 21. The Subways began by playing Nirvana and punk songs in Billy and Josh's lounge, under the name of Mustardseed. They later changed their name to Platypus, and began to tour small, local venues, such as The Square in Harlow, Essex. An early CD of the band playing live was recorded at The Square which they sold at gigs.

As their reputation grew, Billy in particular became annoyed with all the different names the band were coming up with. He came up with The Subways, apparently from his days hanging out. "One of the few places where I felt I could refuge and find peace in my old town of Welwyn Garden City, Hertfordshire, England was in a subway under the roads and pavements. I would haunt there in between breaks at work and college." Feeling the most free at that time underneath the rat-race of economic town life, he thought it only appropriate to divulge this "free essence" he felt in that subway to the band, where he felt he could truly escape from the drudgery of everyday life. It was during this time that Billy formed a closer relationship with Charlotte Cooper.

Home recordings
The band released endless demos and EPs in their early days when playing the London circuit in the UK. With every batch of new songs that The Subways would compose, Billy Lunn would insist that the band record them. However, at such a young age the group had no money with which to go into a studio to record consistently with, so they came upon the idea of buying their own cheap recording system at home. Eventually, the band had their own website, http://www.thesubways.net, which Billy Lunn himself constructed and maintained, where they would put all their new songs up on the internet. Also, through the use of their own home recording system they now had roughly 8 demo's worth of songs both on the internet and being sent out to local and London promotors at various venues. The Subways then began touring in the local and London area.

Having the home recording system also proved useful for production. The band felt that it would not only benefit themselves, but other local bands who could not afford the studio prices, even in the Welwyn Garden City area. It was here, that Billy and Charlotte both stumbled upon the opportunity that would eventually prove significant for the band. "I was producing a local Welwyn Garden City band in my front lounge one day and I noticed that it was quite good so I asked if they were going to send it to any London venues, because I knew a few that would like it. They said that they were going to send it off to Michael Eavis who runs Glastonbury, and I asked why..." Michael Eavis that year was running an unsigned bands competition to play on the Other Stage, and The Subways decided that would be a great idea. "It was really just another address to send one of our CD's off to. All we wanted was to play shows and this was another great opportunity. The CD we sent off to Michael Eavis was literally one among a bunch of 30 that were being sent out to London promoters for a load of gigs we wanted to book. "We never expected the phonecall saying that we'd won and were to play Glastonbury," said Cooper on radio.

Progression
After Glastonbury, The Subways went on to play The Carling Weekend 2004 in both Reading and Leeds, and then proceeded to play their very first (self funded) tour of the UK consisting of 35 dates.

The late John Peel was the first DJ to play single "1am" on National Radio.

The band signed to City Pavement & Infectious Records in late 2004. Their first album, Young For Eternity, which was released on the 4 July 2005, was produced by Lightning Seeds frontman Ian Broudie, with their debut single "Oh Yeah" reaching number 25 in the UK Music Chart in its release week 21 March 2005.

They also appeared in the 7th episode of the third season of American drama The OC, performing "Rock & Roll Queen" and "Oh Yeah" at the show's fictional nightclub The Bait Shop. Also featured on this episode was the song "I Want To Hear What You Have Got To Say".

Some of their tracks, such as "She Sun" and "Rock & Roll Queen", are now being used on television adverts for Rimmel cosmetics featuring British supermodel Kate Moss.

The band postponed touring in April 2006 because Billy had nodules on his vocal chords. They played a "secret" gig in The Green Room in their home town of Welwyn Garden City on Friday June 16, under the alias of The Audrey Hepburns and also as support for the Foo Fighters in Manchester at the Lancashire County Cricket Ground on Sunday June 18, and have recently returned to touring, with Billy expected to make a full recovery.

In the summer of 2006 the band were opening for the co-headlining tour across North America for Taking Back Sunday and Angels & Airwaves.

On June 22, the band performed on the late night talk show, Late Night with Conan O'Brien.

On August 4, they performed at Lollapalooza.

The next day, August 5, they performed at Street Scene in San Diego.

On August 7, they appeared on the Late Late Show with Craig Ferguson.

On August 25, they returned to Reading and Leeds Festivals, this time on the main stage.

On the 10th of August 2007, they played at the Ripcurl Boardmasters Unleashed festival in Newquay with bands such as Funeral For A Friend and Ash Read more on Last.fm. User-contributed text is available under the Creative Commons By-SA License; additional terms may apply. 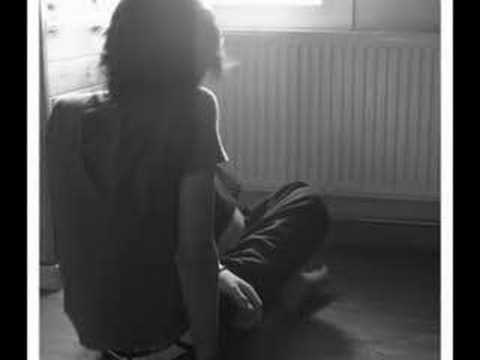 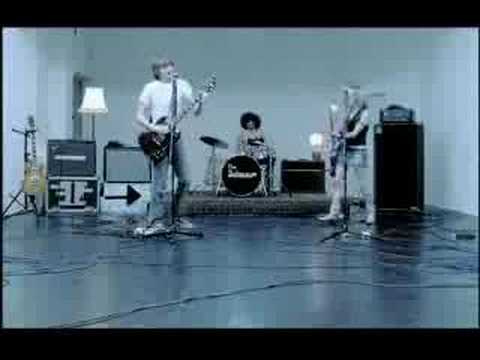 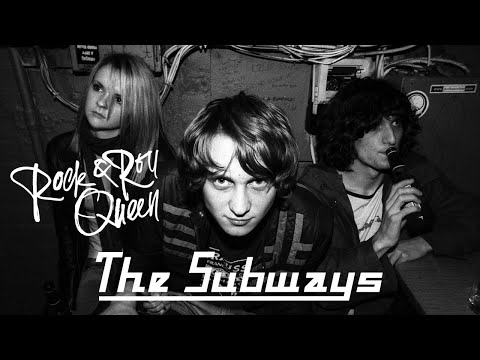 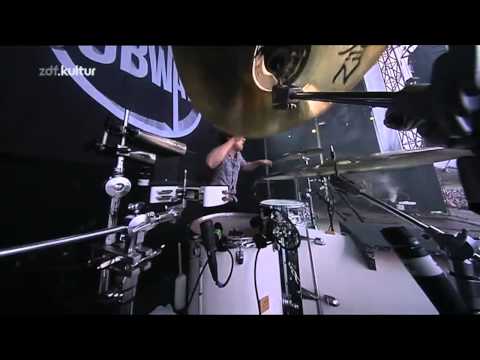 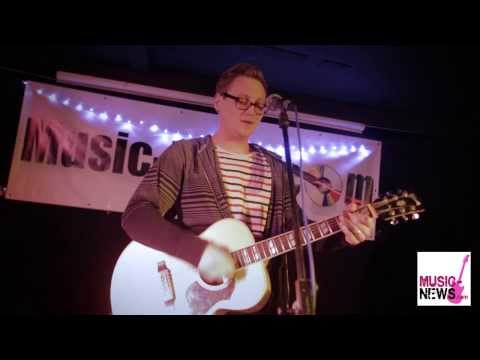 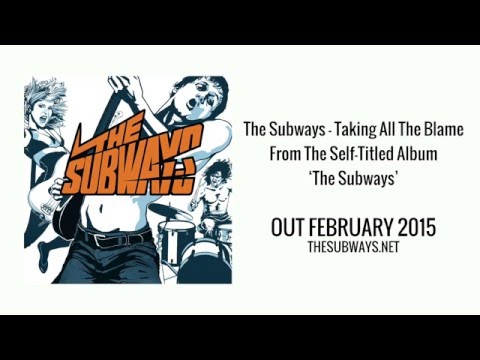 The Subways - Taking All The Blame (Official audio upload) 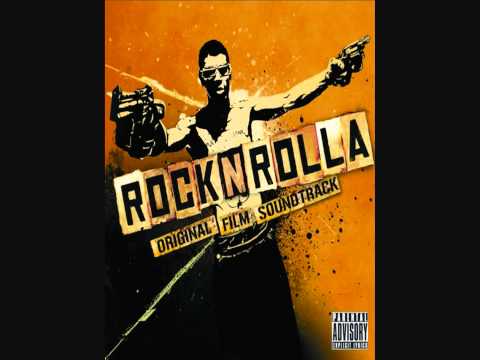 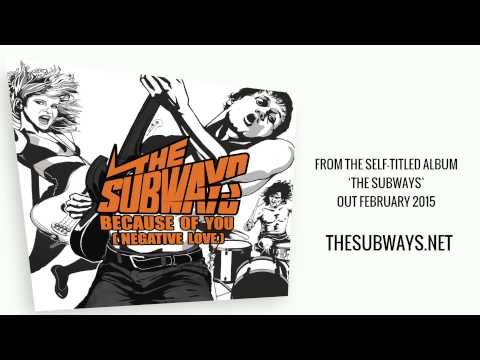 The Subways - Because Of You (Negative Love) (Official audio upload) 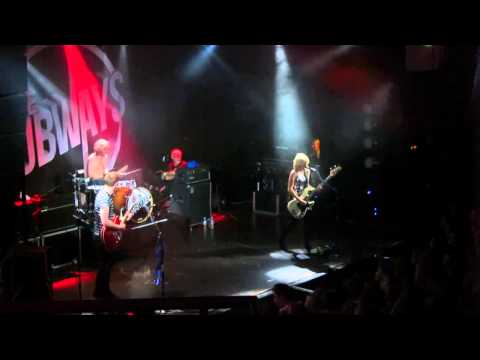 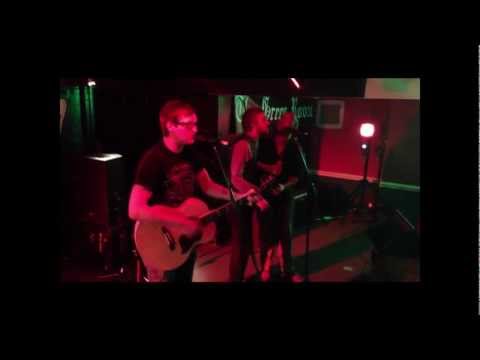 The Subways' Billy Lunn: I wanna hear what you've got to say (Featuring Kind Hearted Thieves)