The Romantics are an American rock n roll and power pop band from Detroit, Michigan. The band adopted the name "The Romantics" because it formed on Valentine's Day, 1977. The Romantics achieved moderate popularity in the United States, Canada, and parts of Asia, Australia, Europe, and Latin America during the first half of the 80s on the strength of the band's catchy, energetic songs and stylish, memorable music videos. Their success has ebbed and flowed, but hit singles "What I Like About You"...

The Romantics are an American rock n roll and power pop band from Detroit, Michigan. The band adopted the name "The Romantics" because it formed on Valentine's Day, 1977. The Romantics achieved moderate popularity in the United States, Canada, and parts of Asia, Australia, Europe, and Latin America during the first half of the 80s on the strength of the band's catchy, energetic songs and stylish, memorable music videos. Their success has ebbed and flowed, but hit singles "What I Like About You" and "Talking In Your Sleep" remain very popular.

Influenced by 60s British Invasion music (such as the songs of The Kinks, The Who, The Beatles, The Hollies, and The Rolling Stones), 70s Detroit garage rock and hard rock (as represented by such performers as Iggy Pop, The Stooges, and the MC5), and the classic punk of Ramones, the Romantics play a hook-based form of rock known as power pop. The band is also commonly classified into the category of "new wave" (probably due more to the band's image and era than the sound of its music) by pop music historians.

The Romantics' original lineup consisted of rhythm guitarist/harmonica player/singer Wally Palmar, lead guitarist Mike Skill, bassist Rich Cole, and drummer/singer Jimmy Marinos. All four band members made songwriting contributions to the group, but Palmar and Skill were considered the band's primary tunesmiths. After a few years of playing local and regional gigs in Detroit and the Midwest, this lineup of the Romantics recorded the band's self-titled debut album for Nemperor Records in 1980. The album yielded the hit "What I Like About You," which reached #48 in the US, and #12 in the Netherlands, where the band was especially popular. "What I Like About You" would become much better known later in the 1980s, when its placement in television commercials and other high profile media made it an evergreen power pop anthem. The band became as well known (if not better known) for its flashy and audacious fashion sense as it did for its exciting music. The Romantics' signature look featured bouffant hairdos and skin-tight red leather suits, as worn by the band members on the cover photo of their debut album.

Mike Skill left the band after the release of its second album, National Breakout, in 1981. He was replaced by lead guitarist Coz Canler. This lineup of the band recorded the album Strictly Personal in 1982 before Rich Cole left the band that year and was replaced by a returning Mike Skill, who then became the band's bassist.

The Romantics achieved their greatest commercial success in 1983/84 with the release of the album In Heat. The first single taken from In Heat, "Talking In Your Sleep", rose to Number Three on the Billboard charts, and was also a substantial international hit. A second single, "One In A Million", charted as high as Number Thirty-Seven during the following year. The Romantics' music videos were frequently shown on the cable television network MTV during this period, solidifying the band's popularity. Also during 1983, the Romantics played well received U.S. and international concert tours in support of In Heat, and appeared on such pop music-themed television shows as Solid Gold, American Bandstand, and Soul Train.

In 1984, drummer Jimmy Marinos, dissatisfied with the artistic direction of the band (which was quickly abandoning its power pop roots in favor of more generic mainstream pop rock) and convinced that he could find success as a solo act, left the Romantics. He was replaced by David Petratos, who would serve as the band's drummer until 1990. This lineup recorded one album, Rhythm Romance, in 1985. On Rhythm Romance, the Romantics eschewed much of the energetic electric guitar- and drums-based modern rock 'n roll sound that had come to define the band's music in favor of the synthesizer pop that had won commercial success for such contemporary bands as Duran Duran, Depeche Mode, Culture Club, and other similar New Wave bands during the early 1980s. By 1985, however, synthesizer pop was beginning to fall out of popular favor. Moreover, the style was not the Romantics' strength. As a result, Rhythm Romance was not a commercial success and was also regarded as an artistic nadir by the band's fans.

In the late 1980s, the Romantics discovered that their managers had been misappropriating the profits earned by the band from its hit records and live performances. Additionally, the Romantics' best known song (the aforementioned "What I Like About You") had been licensed for use in television commercials without the band's knowledge or approval. Consequently, the Romantics filed a lawsuit against their management in 1987, and the legalities involved prevented the band from recording new music until the mid-1990s.

Former Blondie drummer Clement (Clem) Burke replaced David Petratos as the Romantics' drummer in 1990. For much of the 1990s, the Romantics played obscure performances in small venues, largely forgotten and out of the public spotlight.

The Romantics' fortunes began to rise again in the middle of the 1990s, as the band's success in its lawsuit against its former management freed the band to record again (and ensured that future earnings from the licensing of Romantics songs would go to the band). The first fruit of the band's new recording activity was the 1993 EP Made In Detroit. Several Romantics greatest hits packages were issued during the 1990s, as was the live album The King Biscuit Flower Hour Presents: The Romantics Live In Concert, a 1996 release of an October, 1983 recording of a Romantics concert in San Antonio, Texas at the height of the band's popularity.

Jimmy Marinos, the Romantics' original drummer, temporarily returned to the band for a series of performances in 1996-1997 (with Clem Burke returning to the Romantics' drumstool after Marinos departed again), and late 1990s nostalgia for 1980s pop culture caused a minor resurgence of interest in the band. In 2003, twenty years after the release of their most commercially successful album, In Heat, the Romantics released 61/49 - a more roots rock and blues-oriented record than the band's previous efforts. The album was not a great commercial success, but won the Romantics a newfound critical respect that they had not enjoyed during their popular and commercial heyday in the early 1980s. 61/49 also offered proof that despite the band's years out of the public spotlight, the Romantics remain a potent musical unit.

A fourth drummer, Brad Elvis, replaced Clem Burke as the Romantics' regular drummer in 2004 after Burke returned full time to a reactivated Blondie. The Romantics continue to play live concerts today (with occasional guest performances by previous members Jimmy Marinos, Rich Cole, and David Petratos). The band is said to currently be working on a follow up to 61/49. 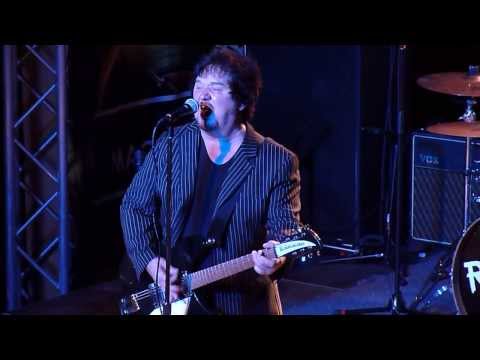 One In A Million 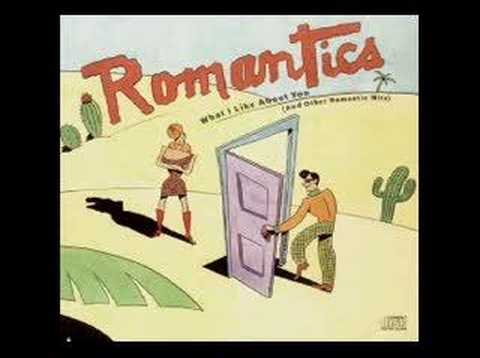 Talking in Your Sleep 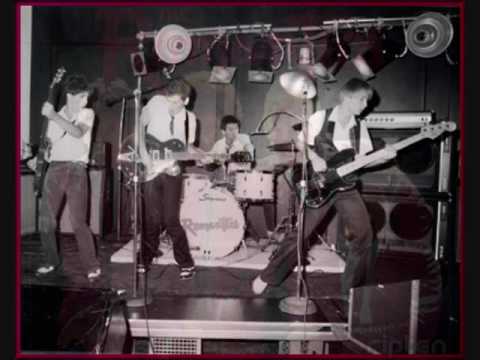 When I Look In Your Eyes 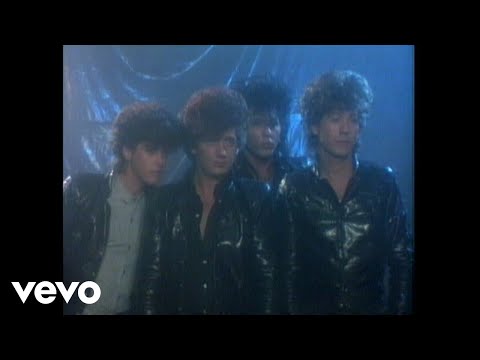 The Romantics - Talking in Your Sleep

The Romantics - Talking in Your Sleep (Video) 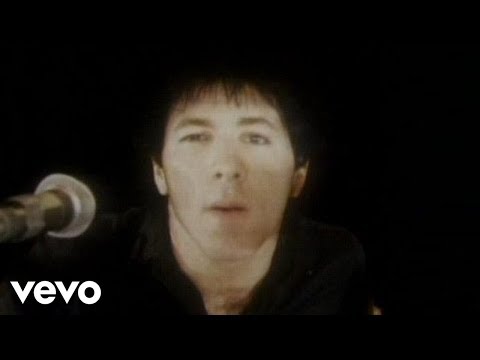 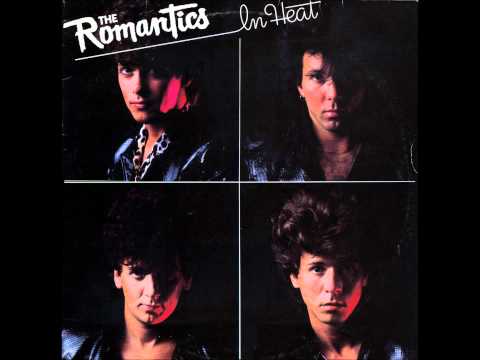 The Romantics - Talking In Your Sleep (Studio High Definition) 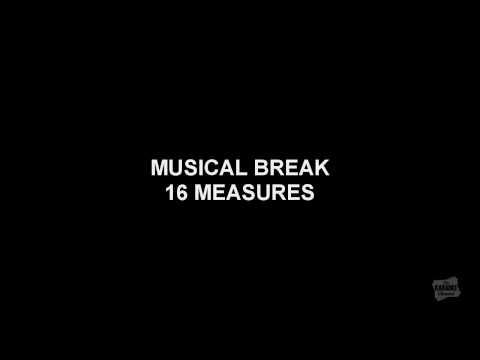