One of the leading American Metal bands to make a distinct impression in Europe in the early 80s, THE RODS are a hard hitting trio led by guitarist David 'Rock' Feinstein, a cousin of Ronnie James Dio. Feinstein had played with his famous relative and recorded with him in RONNIE DIO AND THE PROPHETS as well as the pre RAINBOW outfits THE ELECTRIC ELVES and ELF in the early 70s. Feinstein had become interested in music at a very early age, taking up the trumpet at 7 years of age and then the dru...

One of the leading American Metal bands to make a distinct impression in Europe in the early 80s, THE RODS are a hard hitting trio led by guitarist David 'Rock' Feinstein, a cousin of Ronnie James Dio. Feinstein had played with his famous relative and recorded with him in RONNIE DIO AND THE PROPHETS as well as the pre RAINBOW outfits THE ELECTRIC ELVES and ELF in the early 70s.

Feinstein had become interested in music at a very early age, taking up the trumpet at 7 years of age and then the drums. By 18 he was in a band called THE CINDELLS playing a mixture of folk and covers from the likes of CREAM, the ROLLING STONES and THE BEATLES, releasing a couple of singles along the way.

The band split in 1967 and he was asked by Ronnie Dio if Feinstein fancied the job of replacing the guitarist in RONNIE DIO AND THE PROPHETS. Feinstein barely played the guitar at the time, but soon learnt, and joined the group, who progressed to becoming the ELECTRIC ELVES, the ELVES and, ultimately, ELF with whom he stayed until they were effectively taken over by Ritchie Blackmore upon his original departure from DEEP PURPLE in the mid 70s.

With 'Rock' now wrestling with his conscience and proclaiming that he wished 'to recover from the sixties' the man retreated into the wilderness- literally. In 1972 he began work for the wildlife conservation department in upstate New York and soon after sold all his possessions to buy a plot of land deep in the forest building his own log cabin which deliberately lacked such amenities as electricity or running water.

The old yearning was still in his heart though and THE RODS sprang from an original idea of Feinstein to collaborate on material with bassist Joey DeMaio and drummer Carl Canedy and see what materialized. Dubbed DAVID FEINSTEIN'S THUNDER, this formative band contributed a track, 'Slippin' And Slidin'', to a BUDDY HOLLY tribute EP. Original songs were put together by this trio, reportedly extremely heavy, but De Maio's style of bass playing was at odds with Feinstein's bluesier delivery and the project was extremely short-lived, De Maio eventually finding the perfect vehicle for his talents by forming MANOWAR.

Canedy, however, was contacted by Feinstein sometime during 1979 with a view to having another stab at putting a band together, with bassist Steve Starmer rounding out the line-up. Choosing THE RODS as a name, the trio rehearsed free of charge above a music retail store owned by Al Falso.

Having written an album's worth of material and starting to reap the experience of gelling together on the live circuit, the band ventured to upstate New York to record demos over a period of time, assisted by a Chris Bubacz, the brother of Canedy's friend Greg Bubacz.

The demo tracks were assembled together and released as their 'Rock Hard' debut released on their own Primal label in mid 1980 and, almost immediately, helped gain them a support slot to JUDAS PRIEST in Albany, New York.

The show, however, was pretty much a disaster and, although the album was selling rather briskly and still attracting label interest, in the aftermath of the JUDAS PRIEST show the decision was made to part company with Starmer. Following a period when ex-ELF and RAINBOW bassist Craig Gruber filled the position the band eventually replaced him with Garry Bordonaro.

Arista Records would be the label who eventually took the plunge on signing THE RODS and the label promptly took the 'Rock Hard' album and repackaged it just over a year after its original release. Eight of the original songs remained, although the infamous 'In Your Panties', 'Sit Down Honey', 'You Better Run' and, amazingly, 'Gettin' Higher' were replaced with two newer tracks recorded with Bordonaro in the studio, although, curiously both cover songs 'Nothing Going On In The City' from the pen of the rather obscure Dutch act WHITE HONEY and 'Ace In The Hole' , the original of which can be found on ROBERT FLEISCHMANN's 1979 Arista solo album 'Perfect Stranger'.

The re-packaged album, issued as 'The Rods' appeared to find more favour in Britain upon its release, especially with encouragement coming from 'Sounds' magazine (impressed as much by the band's sordid tales of womanizing as it was the music) and newly launched its Heavy Metal off-shoot title 'Kerrang!' Such positive press encouraged Arista to eventually bring the band over to Britain and the trio were personally invited to open for IRON MAIDEN on the 'Number Of The Beast' tour in February and March 1982 throughout Europe. THE RODS and stayed on in Britain to complete their new record their first proper album for Arista, 'Wild Dogs', which had been started just prior to the Maiden tour.

THE RODS had been pressured by Arista to record two cover songs for the album, as they had done on the eponymously titled record the previous year. According to the band, talking to Todd K. Smith in 'The Cutting Edge', their producer, Martin Pearson (well known at the time for his work with KROKUS) was told that if he didn't get the band to record the songs then he would never work in America again. THE RODS were thus more determined than ever not to do the tracks, although they did pull in a cover of their own, the SUPREMES' 'You Keep Me Hangin' On', inspired by VANILLA FUDGE's version of the tune

The band played a critically acclaimed show at the Marquee Club in London around the time of the new album's release. But the album lacked the dynamics of the band's previous work and they soon found Arista to be less and less supportive. However, they found support from Shrapnel Records' Mike Varney, a big fan of Feinstein's guitar work. Following the band's inevitable departure from Arista's roster, Varney signed them to a one-off deal for the release of the 'In The Raw' album, a rawly recorded set of the group's most recent demos. It at least kept the trio in the media spotlight, although an ensuing live album on Music For Nations was a misguided attempt to capture the band in an area in which they excelled. Sadly, THE RODS live show was really something that had to be experienced in the flesh rather than on a somewhat diluted live album. Gigs across the UK planned for March of 1984, dubbed the 'Hell On earth' tour being packaged with METALLICA and EXCITER, would be cancelled due to poor ticket sales.

During down time in the band's schedule Canedy produced the debut album by Texan metallers HELSTAR. A lucrative pursuit Canedy was to continue with producing acts such as ANTHRAX, OVERKILL, EXCITER and TT QUICK.

THE RODS actually attempted to wind down in early 1986 and Feinstein, Canedy, Bordonaro together with vocalist Rick Caudle founded CANEDY, FEINSTEIN, BORDONARO & CAUDLE for the 'Hollywood' album. A much lighter proposal than the less than sophisticated THE RODS approach this new project nonetheless saw keen sales but Canedy was still busing himself as a producer, working on ROXX GANG. In effect THE RODS were on ice.

THE RODS returned for the 1987 'Heavier Than Thou' album, recorded by Feinstein and Canedy together with the re-recruited bassist Craig Gruber and Dutch vocalist Shmoulik Avigal- formerly with HORIZON and PICTURE, saw THE RODS back in the frame.

Frustrated by the band's inability to recapture its early glory, Feinstein split the group and returned in 1990 with his new project, A LA ROCK, and an album titled 'Indulge' on the Niebelung label. Canedy would continue his vocation as a producer working on albums by YOUNK TURK in 1992 and GRAPHIC VIOLENCE in 1997. He would also perform drums on JOHN HAHN's 1992 album 'Out Of The Shadows'.

In mid 1997 the German label High Vaultage re-issued 'The Rods' and 'Wild Dogs' on CD complete with bonus tracks.

Having seemingly given up playing professionally, DAVID FEINSTEIN was revealed to be the owner of two restaurants in New York. Much to fans surprise he re-emerged in 2000 with a solo album. He would be back in 2003 touting a brand new band dubbed FEINSTEIN, a union with ARTENSION singer JOHN WEST. FEINSTEIN signed to MANOWAR's Magic Circle Music label for the release of a debut album 'Third Wish'.

THE RODS, David "Rock" Feinstein, Garry Bordonaro, and Carl Canedy, announced a reunion concert for the 2004 'Wacken Open Air' festival in Germany. Further activity on the band front came on 26th March 2005 at an exclusive show in Cortland at Mackenzy's venue.

The Rods are on MySpace and Facebook now - links to various Rods sites can be found on their official web site: http://www.therods.com/.

The Rods video for HURRICANE can be found on YouTube.com.

The band released a new CD called VENGEANCE in May 2011 and has been playing 30th anniversary shows. They will head out on tour with Dio's Disciples during June 2011. For tour dates and info, visit: http://www.therods.com/rodsgigs.html - also, David "Rock" Feinstein is currently working on yet another solo CD.

THE RODS aren't done yet! Read more on Last.fm. User-contributed text is available under the Creative Commons By-SA License; additional terms may apply. 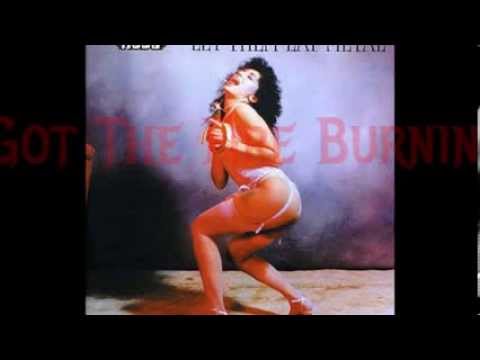 Got The Fire Burnin' 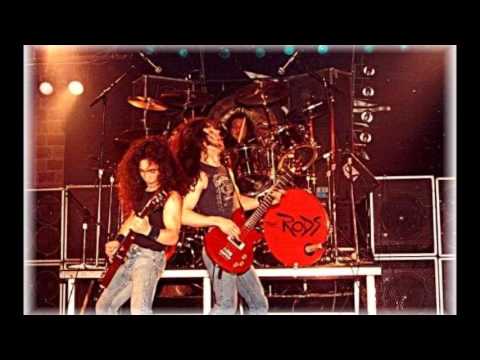 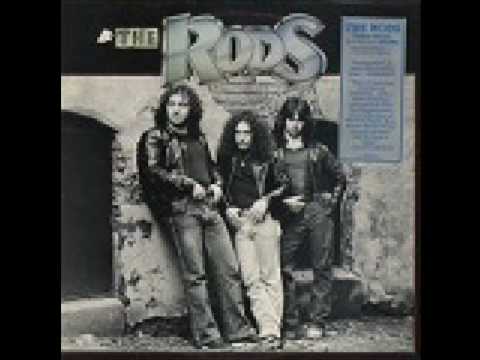 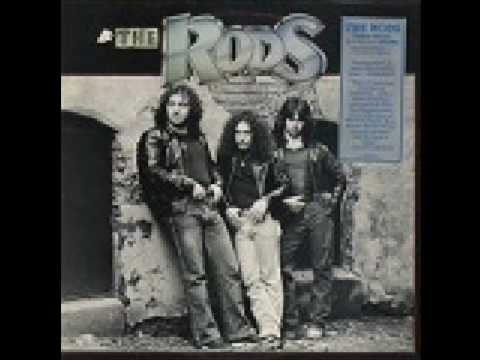 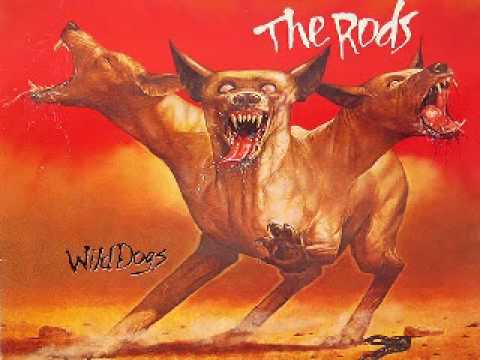 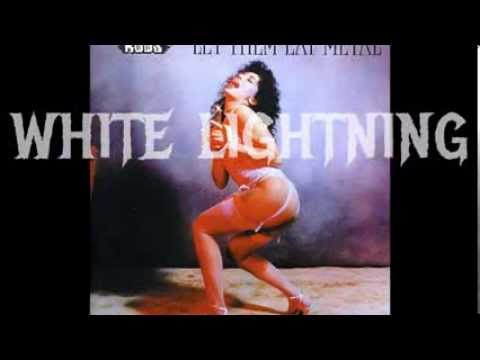