1)The Prostitutes, a punk rock band from USA, formed in 1996 in Harrisburg, PA. The band are now located in Long Beach, California. The band has been through a number of line-up changes with Kevin Prostitute being the primary member and songwriter. 2) The Prostitutes are an indie band formed in 2004 in Prague, Czech Republic. They are highly acclaimed by the music press as well as by quickly growing amount of fans. The members are singer Adrian T. Bell, guitarist Martin Destroyer (Martin Při...

1)The Prostitutes, a punk rock band from USA, formed in 1996 in Harrisburg, PA. The band are now located in Long Beach, California. The band has been through a number of line-up changes with Kevin Prostitute being the primary member and songwriter.


2) The Prostitutes are an indie band formed in 2004 in Prague, Czech Republic. They are highly acclaimed by the music press as well as by quickly growing amount of fans.

The pre-history sees Luk Santiago and Martin Destroyer playing in bands like The Night Traffic and Angličáky in 1989-1995. Santiago, LFO and Destroyer played together in another band called The Radios, which disintegrated in 2004. They invited a bass player and a singer and started a new band in November 2004.

In April of 2005, the band recorded their first EP with four tracks: Look into My Eyes, She's a Monster, She's a Prostitute and Sunshine. In July, they appeared in the Star Guitar show of Ocko TV, the biggest music TV station in Czech Republic and Slovakia. Since then, the Ocko TV has been broadcasting their video-clips for Look into My Eyes and She's a Monster. Also in July, the Alternative channel of Radiožurnál (Czech biggest radio station) presented She's a Monster. NMM named The Prostitutes the best new band. Radio 1 listed the single Sunshine into their broadcasting scheme. On the 5th September, the Alternative channel of Radiožurnál presented The Prostitutes again, this time with an extensive interview. An article on The Prostitutes was published in the Filter magazine in that same week. iDnes, the biggest Czech news portal, ranked the single She's A Monster 10th in the chart of the "20 most significant tracks of September 2005". She's A Monster was in Hitparade at Ocko for 7 weeks beating up pop-stars such as Madonna, Rammstein or Depeche Mode.
The band played many shows during 2005/2006 including major towns and cities in the Czech Republic as well as major festivals like United Islands Of Prague.

Their debut album was awaited with big expectations and they were, according to huge press response, fullfilled. Get Me Out Of Here was released 4th September, 2006 under Championship Records and is distributed by Sony/BMG. Filter magazine gave it 4/5, Music magazine gave it 5/5, Musicserver gave 9/10. NMM gave them 4/5 saying that some of the tracks are the best what came out in the Czech Republic in last 10 years so far. First single Sunshine hit the charts at Radio Wave dominating at number 1 for 6 weeks and Radio Akropolis being in top ten for more than 3 months. The music video for the single Sunshine scored in all Czech major TV charts.

In November 2006 the band toured in Spain, together with a Spanish band called CatPeople. They played in Granada, Cartagena, Jaen and Barcelona. Despite the fact that they were in Spain for the very first time, they raised quite big media attention having a music video appearance in MTV Spain, interview and a part of live performance in main Spanish national television, interview and songs broadcasting in a prominent Spanish music show compared to John Peel Session at NRE 3 and also very good online coverage at Spanish speaking music servers. They were also invited back to Barcelona in May and August 2007.


3) The prostitutes are a punk rock band from the Inland Empire, CA formed in 2005. The band has been gaining acclaim within the local music scene and constantly play shows. Recently they have played with the likes of Agent Orange, CH3, Johnny Cheapo and The Runts. They are a punk throwback to the bands of the LA hardcore scene from the 80's, being compared to The Dead Kennedy's, Aggression, TSOL. 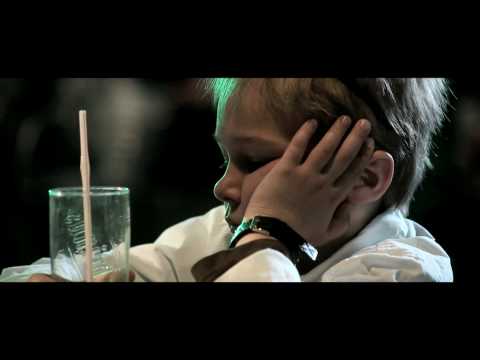