The Persuasions are an a cappella group that began singing together in Brooklyn, New York in the mid-1960s. The Persuasions were formed in Brooklyn in 1962, singing a cappella under corner streetlights and in subway corridors. Their style combined gospel, soul, early rock and jazz into melodic five-part harmonies. Since being discovered by Frank Zappa, The Persuasions have recorded 25 albums to date featuring the arrangements by Jimmy Hayes, Jerry Lawson, Joe Russell, Jayotis Washington and Her...

The Persuasions are an a cappella group that began singing together in Brooklyn, New York in the mid-1960s.

The Persuasions were formed in Brooklyn in 1962, singing a cappella under corner streetlights and in subway corridors. Their style combined gospel, soul, early rock and jazz into melodic five-part harmonies. Since being discovered by Frank Zappa, The Persuasions have recorded 25 albums to date featuring the arrangements by Jimmy Hayes, Jerry Lawson, Joe Russell, Jayotis Washington and Herbert Rhoad and studio productions of music including tributes to Frank Zappa, The Beatles & The Grateful Dead.

The Persuasions made appearances on such public affairs television shows as Inside Bedford-Stuyvesant on WNEW-TV and Like it Is on WABC-TV in 1968. Frank Zappa was responsible for The Persuasions' first LP, Acappella. He heard The Persuasions singing over the phone from a New Jersey record shop known as Stan's Square Records. The store's owner, Stan Krause, was the group's manager at the time. Prior to that time, The Persuasions had recorded several a cappella tracks for Krause's record label, Catamount Records. Zappa had an appreciation for soul and street corner style singing, and after hearing the group, flew them to Los Angeles to record their first album. The Persuasions were the opening act at The Mothers concerts at Carnegie Hall, 1971. Thirty years later, Zappa fan Rip Rense supervised and encouraged the group in the creation of a Persuasions tribute CD to Zappa, Frankly A Cappella on Earthbeat Records.

The Persuasions later recorded tribute albums consisting of material by the Grateful Dead (Might as Well), the Beatles (The Persuasions sing the Beatles). The last album they made together prior to Lawson's departure was on the Chesky label titled A Cappella Dreams.

Groups as varied as Take 6, Rockapella, The Nylons, and Boyz II Men cite The Persuasions as major influences.

On June 25, 2019, The New York Times Magazine listed The Persuasions among hundreds of artists whose material was reportedly destroyed in the 2008 Universal fire.

Sweet Joe Russell references The Dixie Hummingbirds, The Mighty Clouds of Joy, The Soul Stirrers, and "all those gospel greats."
Jimmy Hayes speaks of Jimmy Ricks [spelled "Rix" in the notes] and Melvin Franklin.
Jayotis Washington focuses his attention on Louis Jordan.
Ray Sanders thanks all of The Temptations for his influences.
Jerry Lawson cites Roy Hamilton, Sam Cooke, Al Hibbler, Brook Benton, and Elvis Presley as his mentors, adding, "Believe it or not, Elvis was a big influence. I thought he was...a fine singer, and I think we do him pretty good."

The Persuasions are the undisputed heavyweight champions of a cappella. They are, as the L.A. Weekly wrote, "to singing what Muhammad Ali was to boxing---invincible, innovative, original, beautiful."

The original five Persuasions---Jerry Lawson, Jimmy Hayes, Joe Russell, Jayotis Washington, and Toubo Rhoad---fell together by chance in 1962, harmonizing on outdoor basketball courts in Brooklyn after pick-up games. They went on to release 18 albums, and to perform or record with artists including Liza Minelli, Bette Midler, Stevie Wonder, Lou Reed, Van Morrison, Paul Simon, Joni Mitchell, Gladys Knight, Patti LaBelle, Little Richard, Nancy Wilson, The Neville Brothers, Country Joe McDonald, B.B. King. Their music has turned up in films from Joe and the Volcano to The Heartbreak Kid, Streets of Gold, and E.T.

Throughout the 60s, 70s, and 80s, The Persuasions preached the a cappella gospel almost entirely alone, until the genre suddenly acquired mainstream popularity, partly as an outgrowth of rap and hip-hop. They were in the tradition of great gospel a cappella groups such as The Golden Gate Quartet and The Fairfield Four, but they advanced the art form into a percolating, pulsing meld of rock 'n' roll, soul, country, blues. . .In short, they "Persuasioned" any songs that suited them, and made them their own---from "Papa Oom Mow Mow" to "Curtis Mayfield's "Man Oh Man."

In 1988, baritone Rhoad, whose rough-edged voice was considered the "glue" of the group's sound, blending the high profile voices of Lawson and Russell in particular, died in the middle of a tour from a stroke. His ashes were scattered by his fellow Persuasions in his beloved San Francisco Bay, and the group continued as a quartet for the next seven years, always introducing Rhoad faithfully at each concert. Baritone and former Drifter Bernard "B.J." Jones joined in 1996, and in March, 1999, the addition of first tenor Raymond X. Sanders (The Coasters, The Paragons) made the group a sextet. Both had intermittenly toured and recorded with The Persuasions throughout the '90s.

In 2003, lead singer and founding member Lawson left to pursue an independent career. He is currently embarked on a variety of projects, including his first A Cappella CD since leaving The Persuasions titled "Jerry Lawson & Talk of the Town".. (For more information, please visit http://www.jerrylawson.biz .)


The Persuasions are hailed by a cappella ensembles everywhere as a seminal, inimitable influence. From Rockapella to The Nylons, contemporary vocal bands speak of Persuasions albums with reverence. Critics often place Lawson’s inspired phrasing and warm baritone in the same context with Sam Cooke, Brook Benton, Otis Redding.The collective harmonies, learned on the street corner and honed over decades on the road, gave the group a sound as unmistakable as The Modern Jazz Quartet, or The Beach Boys.

Rock critic and author Greil Marcus once called The Persuasions’ style a "perfect marriage of passion and intelligence," and Rolling Stone rated their 1977 album, Chirpin’, as one of the hundred best works of the 1970s. Mix Magazine proclaimed "The Persuasions are four parts of one voice, one spirit." Cash Box correctly noted, in 1996, "These all-vocal, instrument-free heroes paved the way for today’s platinum a cappella acts, Take 6 and Bobby McFerrin, as well as the retro-hip-hop styles of Boyz II Men and Color Me Badd."

Perhaps, to really understand the charm of this American musical institution, it is best to quote Tom Waits:

"These guys," he said, "are deep sea divers. I’m just a fisherman in a boat."

Why the name, "Persuasions?" Well, as one story goes, the group decided early on that if Christ had to persuade people to listen, and so did five guys without a band.

The original Persuasions came to Brooklyn from Florida (Lawson), North Carolina (Russell), Virginia (Hayes), and Detroit (Washington.) (Newer members Jones and Sanders are New York born-and-raised.) They all came from both church and secular musical backgrounds, and from the start, their repertoire was a mix of gospel, soul, and pop. They graduated from parties to performance by the mid-60s, a pivotal point coming when they worked for Robert F. Kennedy in Project Restoration and other efforts to aid African-Americans in the inner cities. It helped cement their resolve, and sense of mission.

The Persuasions were "discovered" by Frank and Gail Zappa in 1968. The group's friend (and eventual producer/manager of the '70s) David Dashev called Zappa from a New York rehearsal studio, declaring, "You've got to hear this." Zappa was so taken with the tape, even over the phone, that he had Dashev bring it to California for a listen. There, after getting a thumbs-up from an enthused Gail, Frank signed the the group to his own label for Warner Brothers, Straight Records. The Persuasions debuted to the world with the half-studio, and half-live A Cappella, in the fall of 1970.

Said Zappa, to this writer, many years later:

"I could tell, even over the phone, that these guys were something special."

Following their Straight album, The Persuasions signed with Capitol and recorded three of the most arresting vocal albums ever made: the Dashev-produced We Came to Play, Spread the Word, and Street Corner Symphony. They covered tunes by Bob Dylan, Kurt Weill, Curtis Mayfield, Sam Cooke, The Temptations, Joe South, Rogers and Hammerstein, Lennon and McCartney. The Persuasions came to be regarded as hip fare on college radio in the early 70s, and their first albums became, for a short time, FM staples. Dr. Demento, an early champion of the group, enlisted them to record a jingle for his still-running novelty radio show, still fondly remembered by listeners.

Still, ‘70s rock-and-disco-dominated radio never quite figured out how to program or market The Persuasions. Record companies weren't sure how to promote them, regarding them as a curiosity; even a tax write-off. Sure, they were enormously popular on the road, but. . . they had no band, and their material was so eclectic. Were they a novelty? Folk? R&B? Soul? Oldies? Gospel? It took Tower Records at least 20 years to stop filing their records and CDs in "oldies," "vocals," and "R&B," and finally just give them their own category where they belonged: "Rock and Pop."

Asking why The Persuasions’ 1000-plus song repertory is so eclectic is perhaps like asking the same question of Frank Sinatra.

"I don’t believe in categories," Lawson once said. "We love all kinds of music: Brook Benton, gospel, blues, Frank Zappa---hell, we even do ‘I Woke Up In Love This Morning,’ a song I heard on The Partridge Family TV show! It’s all music. Give it to us, and we’ll do it Persuasions-style. There are just certain songs that are Persuasions song."

From Dylan’s "The Man in Me" to Zappa’s withering commentary, "The Meek Shall Inherit Nothing" and Kurt Weill’s "Oh Heavenly Salvation"---even The Grateful Dead’s poignant "Black Muddy River"---The Persuasions imbue songs with a conviction, heart, and humor that perhaps even the authors didn’t intend, or understand. Gail Zappa, upon hearing them sing "Black Muddy River" in concert, later remarked to this writer, incredulity in her voice, "I was in tears over a Grateful Dead song!" Read more on Last.fm. User-contributed text is available under the Creative Commons By-SA License; additional terms may apply. 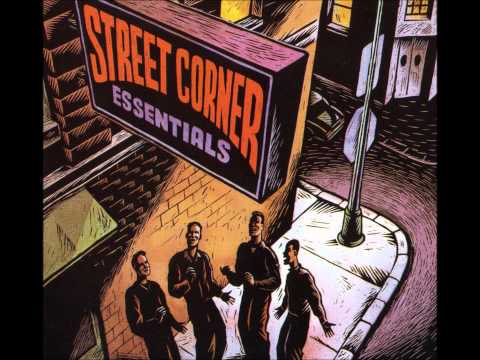 Looking For An Echo 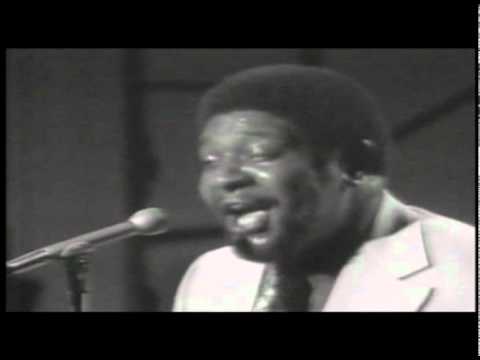