The Pearlfishers are a Scottish band who have been making albums since 1991. The likes of Todd Rundgren, Crowded House, The Beatles and Prefab Sprout can be heard although, this shouldn't distract from the originality of their own work. EXCERPT FROM THE PEARLFISHERS WEBSITE 1984 to 1994 DAVID SCOTT: By the summer of 1984, David Scott had written 10 tunes. He played them for Scottish musician Bobby Henry who had just set up an independent record label called Shift, licensed through Phonogram....

The Pearlfishers are a Scottish band who have been making albums since 1991. The likes of Todd Rundgren, Crowded House, The Beatles and Prefab Sprout can be heard although, this shouldn't distract from the originality of their own work.

DAVID SCOTT: By the summer of 1984, David Scott had written 10 tunes. He played them
for Scottish musician Bobby Henry who had just set up an independent record label called
Shift, licensed through Phonogram. Henry was sufficiently impressed to produce two of
the songs for inclusion on The Shift Compilation Album. David Scott was asked to think of
a name and a joke suggestion stuck - Chewy Raccoon. By November 1984 he was demoing
six songs and by December that year had signed a record deal with Phonogram. Together
with friend and partner Kenny Thomson, Scott recruited a band from session musicians who
had contributed during the London recordings.

CHEWY RACCOON: the band hit the live circuit. A small fanbase was successfully secured and their first
single, Don't Touch Me, was released in August 1985. Although the single was well received,
it had little impact and, as a result, the band were unceremoniously dropped. They decided to
go their separate ways, however Scott's standing publishing deal with Virgin Music kept him
solvent while he regrouped.

JIM GASH: In 1986, drummer Jim Gash arrived in Glasgow from Sydney, Australia, to get
involved in the Scottish music scene. He soon found work as a session musician and played
alongside, amongst others, Hue & Cry and The Platters. Although drums are his speciality,
Jim can play almost every instrument to one degree or another and his backing vocals
contribute greatly to The Pearlfishers recorded sound.

HEARTS & MINDS : Jim Gash together with David Scott, Robert McGinlay on keyboards, Chris
Keenan on bass and Jeanette Burns on backing vocals, formed Hearts & Minds. The band
became well known in Scotland and, championed by then Radio Clyde DJ Mark Goodier, were
signed by CBS Records at the end of 1986.

Sessions for a proposed album were produced by 10cc's Eric Stewart and the single, Turning
Turtle, released in September 1987. Unfortunately, critical acclaim wasn't matched by record
company commitment or record sales and the bulk of late 1987 and early 1988 was spent
squabbling with, and eventually trying to escape from CBS. The band split up, leaving only
David Scott and Jim Gash.

However, David Scott had some success in the summer of 1988 when two of his songs were
covered in Japan. He was then commissioned to write a tune for a movie, entitled The Girl In
The Picture.

Scott and Gash spent their time demoing and then, late in 1988, heard that a Radio Clyde DJ was
playing the single, Turning Turtle, on his show. The DJ in question was Bryan Burnett who had
originally played the record as a Northsound DJ. Bryan Burnett's enthusiasm and support
convinced Scott to recruit a new band.

MIL STRICEVIC: Bass player Mil Stricevic (half English and half Yugoslavian) joined Scott and
Gash from a group called Big Sur. A temporary measure, or so it was thought, but somehow Mil
stuck around. Mil's talents also lend themselves to art. He designed and painted
the back-drops the band used at their gigs.

BRIAN McALPINE: Although Brian McAlpine's main instrument is keyboards, he is an excellent
guitarist, accordionist and plays a variety of other musical gizmos. Only 19 years old when he
joined the band, his skilful musicianship was already impressive. He had been playing jazz gigs
when he was asked to complete the entourage. Touring with this line-up, Hearts & Minds quickly
became even better known than they had been at CBS, pulling large crowds in Glasgow.

THE PEARLFISHERS: Towards the end of 1989, an American band, also named Hearts &
Minds, were signed to A & M. What seemed like a problem actually became something of an
advantage as the band's sound was beginning to change, becoming more rootsy, folky and soulful.
They decided on a change of name and became The Pearlfishers. It wasn't until some time later
that the unintentional connection between the newly chosen name and an opera by Bizet was
realised. It took a while to recover the ground lost through the name change however, by the end
of 1990 things were going well.

MY DARK STAR: David Scott and Jim Gash set up a small record label named 'My Dark Star'
with the help of David's publisher and the Prince's Trust. The Pearlfishers quickly released their
debut single Sacred which spawned sessions on Radio Clyde, Radio 1, five Scottish Television
appearances and 'A' listings on all Scottish I.L.R. stations.

The Hurt EP was released in November 1991 and achieved similar Scottish success to that of the
single, significantly picking up playlistings all over England and Ireland. A winter tour included
a gig at Edinburgh's Music Box which was broadcast as Radio Forth's 'Live On Tour Special', and
culminated in a sell-out show at Glasgow's Old Athenaeum Theatre. The Hurt EP revealed the
group's diverse musical abilities, the driving title track contrasting with the haunting Walking In The
Waves, and the instrumental Corzan which has a breezy lyricism all of it's own. (The List).
Further evidence of their eclecticism was provided in the January 1992 release of Woodenwire, a
special edition cassette featuring acoustic songs such as Robert Burns' Ca' The Yowes and David
Scott's contemporary version of the traditional Carrighdoun - My Home Town.

The first half of 1992 was spent playing an astonishing range of gigs, including the 'Drum Beat'
benefit at Glasgow's Royal Concert Hall, a hugely successful spot on the main stage of the first
Scottish Fleadh, support slots at Edinburgh's Usher Hall and the Aberdeen Capitol with
Capercaillie, a headline at the SECC during Mayfest, and an open-air gig at Leith Links in
Edinburgh with Deacon Blue.

May 1992 saw the start of sessions for the group's debut album at their own studio and at Glasgow's
CaVa, featuring guest contributions from Capercaillie's Karen Matheson and Donald Shaw, and
Deacon Blue's Graeme Kelling and Jim Prime. The sessions, which continued throughout the year,
were only interrupted by the filming of ITV's 'The Gig' at the Tunnel Club in Glasgow (broadcast
twice nationally), and an acoustic tour in December 1992.

IONA GOLD: Almost a year after the session started, May 1993 began the final mixings at
Palladium Studios in Edinburgh. On completion, The Pearlfishers approached Scottish Record
Label Iona who immediately agreed to license the release of the album and the preceding single.

Saint Francis Songs emerged as the first choice single and included three exclusive tracks, Sunny
April Skies, a home demo entitled Window On The World, and the 1977 Brian Wilson song It's
Over Now. The band were narrowly beaten to the first-ever release of this rare song by its
inclusion on the Beach Boys' 30 years archive set.

ZA ZA'S GARDEN: The Pearlfishers' debut album entitled Za Za's Garden was released on Iona
Gold Records on 23rd August 1993. The album was produced by the band's own David Scott
and Brian McAlpine and features melodic, narrative songs, sparkling arrangements and excellent
musicianship. Za Za's Garden crystalises everything the group has striven to achieve over the last
three years.

The second single from their debut album was released on April 4th 1994. The EP, entitled Living
In A Foreign Country, features two tracks from the album and two previously unavailable songs.
The EP also features Blanket Of Ribbons (from Za Za's Garden), written by David Scott and
Brian McAlpine, Biggest And Best which was recorded during the album sessions but not used on
the final cut, and Limelight from the unreleased 1991 album entitled The Floo'ers Of The Forest. 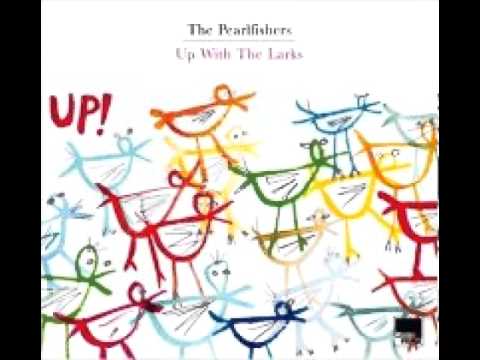 Across The Milky Way 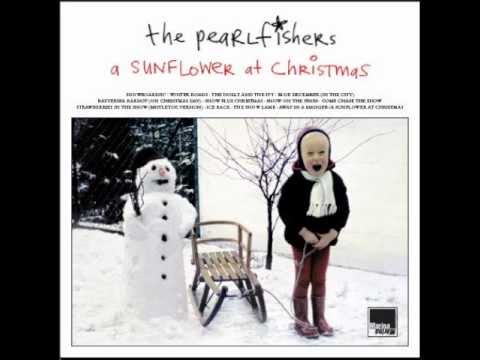