The band was formed by three Juilliard students (Michael Kamen, Marty Fulterman ---now known as Mark Snow--- and Dorian Rudnytsky) as well as two rock musicians, Brian Corrigan and Clif Nivison. The New York Rock & Roll Ensemble was a rock band of the late 1960s and early 1970s described as playing "classical baroque rock". Group member Dorian Rudnytsky indicated that while students at Juilliard Kamen and Fulterman played in a rock band named "Emil & The Detectives" while he played in a rock b...

Group member Dorian Rudnytsky indicated that while students at Juilliard Kamen and Fulterman played in a rock band named "Emil & The Detectives" while he played in a rock band named Invicta with Corrigan and Nivison, all of whom hail from Toms River, New Jersey. A mutual friend and record producer suggested that all five drop their current bands and form a new band. After the new group's first "gig" at a Juilliard Halloween dance in 1967, they were signed by Atlantic Records where the late Ahmet Ertegün was quoted by one of the members as having said in jest, "You play all the right notes on all the wrong instruments."

Their debut in discography was in 1968 with a self-named album. The New York Rock & Roll Ensemble broke the tradition by using classical music instruments in rock songs and rock instruments in classical pieces. This fusion, daring at the time, impressed legendary conductor Leonard Bernstein so much that he invited the group to appear at one of his Young People's Concerts with the New York Philharmonic Orchestra where they performed their signature song "Brandenburg" which was based on the first movement of Bach's Fifth Brandenburg Concerto. Brandenburg showed the group at their best: starting off with a "straight" rendition of Bach's music (featuring two oboes, guitar and cello); then migrating slowly but surely into a straight rock song all the while continuing to use Bach's original music for its musical base.

Because Brandenburg was the one song that showed the widest range of their musicianship, the group typically performed that song when they made television appearances on The Tonight Show, The Steve Allen Show and similar TV shows of that era.

Brandenburg appeared on the group's second LP "Faithful Friends". This LP had higher production values than their first and contained many of the songs that were part of their live act.

Their third album, "Reflections", was actually recorded prior to Faithful Friends and was a collaboration with Greek composer Manos Hadjidakis on the score for a film that was never produced. The group decided to use this already recorded but unreleased music for their last Atlantic album. Because this album was such a great departure from their "classical/rock" roots, it apparently sold poorly when released and at least one member of the group believed that it hurt their popularity by confusing their fan base. Ironically, this album is now the group's biggest selling album because it was re-released in Europe a number of years back and has apparently sold well since that time. In 2005 the well known and critically acclaimed Greek band named Raining Pleasure has released its own interpretation of this classic album.

Rhythm guitarist Brian Corrigan departed after the third album and after being part of the only movie appearance by the group, "Zachariah" which featured an extended version of Kamen's song Gravedigger. According to Rudnytsky, after Corrigan left, the remaining members of the group discussed finding another guitarist/singer before deciding to continue on as a quartet. The band then shortened its name to New York Rock Ensemble and switched to Columbia.

Released in 1971, Roll Over was their most overtly rock album to date and, at that time, their biggest seller, although they fell well short of Led Zeppelin on the Billboard charts. The band's tour to support this album was unique in that, in addition to their usual college dates, the band also played with leading symphony orchestras across the country including the Boston Pops and the St. Louis Symphony. When playing with the orchestras, the group played a set by themselves and then joined up with the orchestra to perform an orchestral version of Kamen's rock song "Anaconda," and Kamen's song "Winter Child" which is based on the Aria from Bach's Goldberg Variations. Kamen's efforts at orchestral composing (and fusing rock and orchestral music) set the stage for his later work as a movie composer as well as a composer, conductor and performer with Metallica, Eric Clapton and Pink Floyd.

Their last album was "Freedomburger" which was an uneven collection of songs. Soon after the tour supporting this album, the band dispersed.

Kamen, joined by Rudnytsky and other musicians, gave it one last try when he released "New York Rock" in 1973. "Winter Child" appears on that album. Read more on Last.fm. User-contributed text is available under the Creative Commons By-SA License; additional terms may apply. 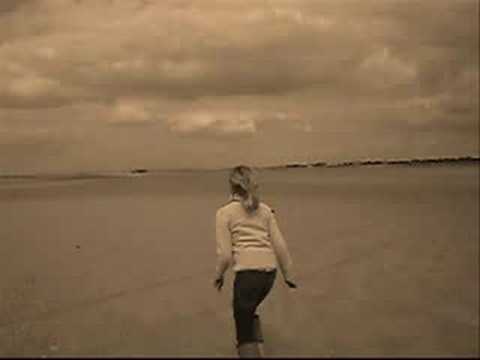 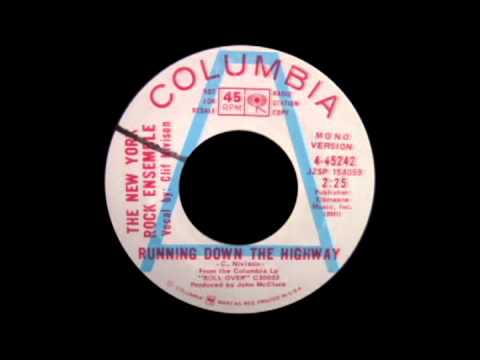 Running Down The Highway