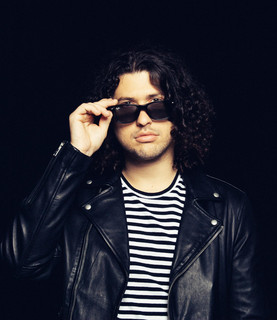 Rarely is so much noise generated by one individual, but Ilan Rubin has been creating, arranging and performing for years. With The New Regime, the one-man outfit he created in 2007, Rubin has unleashed an authentic rock opus and a cheat-sheet to modern living. With Speak Through the White Noise, Rubin reaches the critical mass he has been moving toward the majority of his life. While there is the obvious and impressive technical prowess evidenced by Rubin throughout Speak Through the White Noi...

Rarely is so much noise generated by one individual, but Ilan Rubin has been creating, arranging and performing for years. With The New Regime, the one-man outfit he created in 2007, Rubin has unleashed an authentic rock opus and a cheat-sheet to modern living. With Speak Through the White Noise, Rubin reaches the critical mass he has been moving toward the majority of his life.

While there is the obvious and impressive technical prowess evidenced by Rubin throughout Speak Through the White Noise, there is also a deeper current of noise, a buried transmission that broadcasts through the static, the Greek chorus unmasking a time and a place. “The album is a social commentary on the way the media, entertainment industry, and people in general instill fear and paranoia by exaggerating news and events either for the sake of an agenda or their own entertainment. The album title is a way of counter-broadcasting these themes in the form of an expansive and dynamic album,” Rubin says of his sophomore album, which he wrote, played, sang all parts, and recorded with his brother and manager Aaron Rubin.

Rubin’s journey to Speak Through the White Noise belies his years. Only 22 years old, Rubin has been involved in the music industry for most of his life, picking up the drums at 8, and in quick succession mastering the guitar, bass and piano. Armed with a veritable musical arsenal, Rubin was content to cut his teeth playing drums in numerous outfits, including stints drumming for Welsh rock act Lostprophets and industrial rock pioneers Nine Inch Nails, which he credits working with a musician, Trent Reznor, whose precision and discipline complemented his own. “When I joined the band, I finally felt like, ‘Yes, this is the kind of organization I want to be a part of.’ A lot of work, and a lot of making everything perfect,” Rubin says of the experience.

Nearly half of Speak Through the White Noise was completed prior to Rubin’s departure for the most recent NIN tours, having recorded four songs even before the mastering process for his debut Coup. What most people consider highly ambitious is standard operating procedure for Rubin, whose need to create is matched by his extraordinary discipline. While the process of recording all the instrumentation and vocals on the album was considerable, it also provided Rubin with a great deal of latitude, and a finished product at the end of some days. “Because I play everything, it was really refreshing to be able to play the drums to one song, then hop over to the guitar or bass, and at the end of the day actually have a whole song you can listen to, as opposed to twelve songs that are just drums. You can be more creative that way.”

Rubin has deftly created a climate of anxiety and discomfort on Speak Through the White Noise. For Rubin’s second album, he was highly interested in examining the current state of information dissemination, and how an economy of fear and anxiety has been created with the American public as the consumer. “A lot of the lyrics have to do with a manipulation through media, in the sense that things are exaggerated for the sake of entertainment, and it makes people paranoid. Manipulation is a strong word, and that’s exactly what it is.” “Live in Fear” is a call to arms, an argument for agency amidst searing guitars and hard-driving drums. At moments Rubin’s voice sounds unhinged as he questions where the madness comes from, fueling it as he tries to dismantle it. “Enjoy the Bitterness” showcases Rubin’s piano skills laced with effect-laden vocals, a pop song buoyed by melody and anchored by foreboding vocals. “Musically its very moody,” explains Rubin. Thick guitars give way to Rubin’s exorcism of an unknown entity, possibly proposing a cleansing of the aforementioned manipulation. “What Brings Us Down” – mainly recorded in one day at home and completed in various hotel rooms on days off during 2009's NIN/JA tour – is slower-paced, imbuing it with a more pensive vibe. Acoustic guitars ramble under Rubin’s higher register singing, building to the chorus that sees sadness give way to frustration.

Rubin was conscious to explore myriad types of music – both because his tastes can’t be confined to one genre, and because he wanted to provide fans with an album that will reflect the growth and change Rubin believes The New Regime will have. “Coup, the first album- those were the first ten songs I’d ever written. I had the mindset of opening up ten different stylistic doors. I was very conscious of laying it all out to begin with. With the second album, I went further through some of those doors.”
Read more on Last.fm. User-contributed text is available under the Creative Commons By-SA License; additional terms may apply. 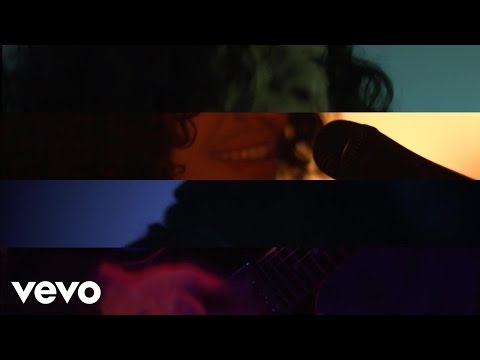 We Rise, We Fall