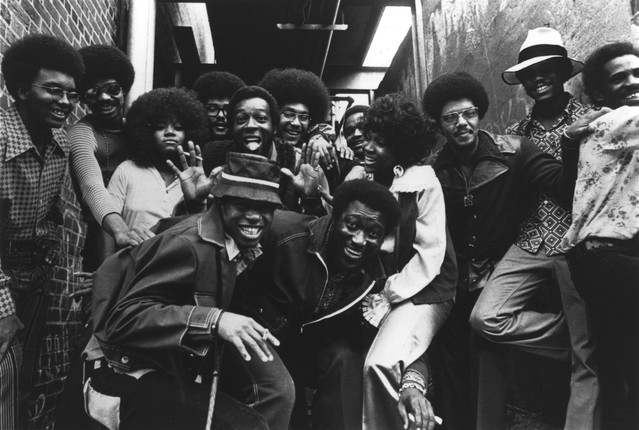 The history of the group starts with the instrumental outfit, The Nite-Liters which had originally been formed in 1963 in Louisville, Kentucky by Tony Churchill and Harvey Fuqua, and featured, in its heydey, besides Churchill on tenor sax and vibes, Charlie Hearndon on guitar, James Baker on keyboards, Robin Russell on drums, Robert "Lurch" Jackson on trumpet, Austin Lander on baritone sax, Leroy Taylor on bass, and, later, Carl McDaniel on guitar. (Earlier members included Johnny Graham, later of Earth, Wind & Fire) and Jerry Bell. Under this name the group had a few hits before the formation of New Birth proper. In 1969, Vernon Bullock had thought of creating an ensemble of groups for a touring company, and Harvey Fuqua and Tony Churchill soon took an interest. After discovering a male vocal group, The Now Sound, which featured Bobby Downs, Ron Coleman, Gary Young and an individual known as "Slim," and a female vocal group, known as Mint Julip, which featured Londee Loren, Tanita Gaines, Janice Carter and Pam Swent, they brought them together with The Nite-Liters and additional vocalist, Alan Frye and called the newly formed ensemble New Birth. The band came together in 1970 with their self-titled debut on RCA. Their second album, Ain't No Big Thing, But It's Growing, yielded a minor hit with their cover of Perry Como's "It's Impossible", in 1971.

Later that year, Bullock discovered a group from Detroit, Michigan called Love, Peace & Happiness which featured former Marvelettes singer Ann Bogan and brothers Leslie and Melvin Wilson. Finding that they had the spark that was missing from the New Birth ensemble, he paired them with the Nite-Liters and original members of New Birth, Londee Loren, Bobby Downs and Alan Frye. In 1972, the reorganized group (as a seventeen-piece ensemble) hit the R&B top ten with their cover of Bobby Womack and The Valentinos' "I Can Understand It", which paved the way for the band's future success. By the time the song hit the stores, however, Ann left to devote time to her family, leaving Londee Loren as the sole female member. Due to a brief dispute with their management company, their next hit, "Until It's Time for You to Go" featured, instead of the group members, future Supremes member Susaye Greene as lead vocalist.

In 1974, the group issued their hit album, It's Been a Long Time, which spawned the hits including the title track and their cover of the psychedelic single "Wildflower", which became a top ten hit in the UK singles chart. After the release of their sixth RCA album, Comin' From All Ends, the group split from RCA, Fuqua and their management company and signed with Buddah.

New Birth's Buddah debut, Blind Baby, featured the group's only number-one R&B single, a cover of the Jerry Butler classic, "Dream Merchant". After the release of the 1977 album, Behold The Mighty Army, the Wilson brothers split from the group following in-fighting and growing tensions in the group.

The group returned in 1979 James Baker, Tony Chruchill and Austin Lander introduce Jerry Bell as their new lead vocalist with Platinum City and in 1982 with the I'm Back album. Leslie Wilson had left the group to replace Jeffrey Osborne in L.T.D.. Jerry Bell left the group in 1981 to become the lead vocalist for Motown's Dazz Band.

The Wilsons toured with a new ensemble as New Birth in 1994, and released a few albums under the new name in the decade since. Drummer Robin Russell released a solo CD entitled Drum Beats in 2004 and Jerry Bell re-recored there hit "It"s Been Such A Long Time" 2010 for Lotus Records/ Bunglo/ Universal Records Music Group.

Since the group's initial split, their songs have been covered from the likes of Jamie Foxx, who sampled their cover of "Wildflower" for his 2005 hit, "Unpredictable". R&B group Something for the People sampled their "It's Been a Long Time" for their 1996 hit, "My Love is the Shhh". Rap artist Lil' Wayne sampled "You Don't Have to Be Alone" from their self-titled album in his song "La La" and Jerry Bell "It"s Been Such A Long Time 2010.
Singer Gary Young died in 2018. 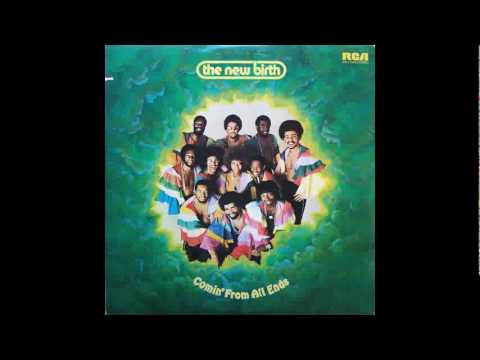