The Mommyheads were an American indie pop band who played from around 1987 through 1998. Starting in New York City as the brainchild of singer Adam Cohen (name later changed to Adam Elk), the band produced a string of quirky and highly inventive releases on various independent labels - most notably Simple Machines. Their music has been compared to XTC. They relocated to San Francisco in 1990. The band signed to Geffen Records in 1997, producing a single album for the label before breaking up in...

The Mommyheads were an American indie pop band who played from around 1987 through 1998. Starting in New York City as the brainchild of singer Adam Cohen (name later changed to Adam Elk), the band produced a string of quirky and highly inventive releases on various independent labels - most notably Simple Machines. Their music has been compared to XTC. They relocated to San Francisco in 1990. The band signed to Geffen Records in 1997, producing a single album for the label before breaking up in 1998.

This Adam Cohen is not to be confused with Leonard Cohen's son, also named Adam, who has released major label solo albums as well as recordings with the group The Low Millions. The Mommyheads' Cohen performed solo (and released an album) under the name Adam Elk, to avoid confusion with the other Cohen.

The first official Mommyheads record, Magumbo Meatpie, was released in 1987 on the Sit and Spin label, which was run out of an NYU dorm. The 7" vinyl EP featured 4 songs that were recorded by Sonic Youth's engineer Wharton Tiers. 3 of the songs later appeared on the Fang records compilation LP Antipop: New York Underground Mix (1988). Their first full fledged release was Acorn, on Fang Records in 1989, featuring Cohen (vocals, guitar, other instruments), Jan Kotik (drums) and Matt Patrick (vocals, bass), and produced by Chris Rael (of NYC band Church of Betty). The songwriting was split evenly between Cohen and Patrick. Both of these recordings were released while the band members were still in high school. Rael's liner notes to the Acorn CD re-release allude to XTC, James Brown and Pussy Galore as primary musical influences.

Early 4-track and live demos of Mommyheads songs were released in 1991 or 1992 as the Simple Machines cassette Swiss Army Knife. The collection of homemade songs, written and recorded primarily by Adam Cohen, were eccentric but highly original and musically complex. At their core was a whimsical and bittersweet pop sensibility that would underlie most of their subsequent recordings. 4 of the 17 songs would be re-recorded on their "official" releases. Around this time, Simple Machines also released "At the Mall" on a 7-inch compilation EP, Pulley. Two tracks appeared on a live Fang Records compilation.

Their second "real" album, the psychedelic ‘Coming into Beauty’, was released on Simple Machines records in 1992. This was a combination of sessions for two albums which followed Acorn, the first one released informally on a cassette called Papoose. A move to San Francisco and a line-up change occurred during the recording of this CD; Jan Kotik left and was replaced by two members of NYC group the Connotations: Dan Fisherman (drums, backup vocals) and Michael Holt (vocals, keyboards). (Cohen had played percussion on Connotations tracks released on vinyl in 1987, and Holt and Fisherman had also played in a variety of Fang Records bands.) Before the release of the CD, this new lineup released a limited edition live cassette (Mommyheads Live) of a more recent batch of songs, on Fang Records, most of which never made it to their later CD releases.

Matt Patrick left and was replaced by bass player Jeff Palmer (formerly of Sister Double Happiness), around the time of the recording of the next CD, Flying Suit, in 1994 (Dromedary Records). Liner notes to the Tiny Idols compilation credit "the slick, professionally minded Jeff Palmer" with steering the band towards a more "mainstream" sound at roughly this point.[1] Songwriting duties shifted mostly to Cohen, with occasional contributions from Holt. Several singles and compilation songs were released in this period, as well. A fourth record, Bingham's Hole, was released on Dot Dot Dash records in 1995. Produced by Peter Katis[2], this was the band's final independent full length recording, and it showed the band adding more funk and boogie elements into the mix.

On the strength of Bingham's Hole, the band was signed to Geffen Records, which released the Beatle-esque The Mommyheads in 1997. Produced by Don Was, the CD met with mixed reviews. The band was dropped during a label shake-up before the album was even released, and the album was barely promoted. The Mommyheads broke up shortly thereafter. Many fans hold this as a perfect example of a major label "ruining" a band that had established critical success and a solid fan base with the quality of its independent recordings and excellent live shows.

Jan Kotik, original drummer for the Mommyheads, died December 13, 2007 after a three year battle with cancer.

They band reunited to record a new CD; You’re Not A Dream in 2008. They have been playing rare one-off shows ever since, mostly in the New York area.
Read more on Last.fm. User-contributed text is available under the Creative Commons By-SA License; additional terms may apply. 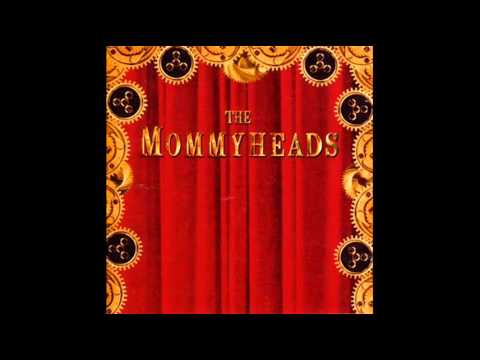