The Moffatts are a Canadian pop/rock band, composed of brothers Scott (lead vocals and guitar), Clint (bass), Bob (drums), and Dave Moffatt (lead vocals and keyboard). Eldest brother Scott was born on March 30, 1983 in Whitehorse, Yukon. Less than a year later, on March 8, 1984, triplets Bob, Clint and Dave were born in Vancouver, British Columbia. Although born on the same date, Bob and Clint are identical twins while Dave is a fraternal triplet. Musical career Growing up in Tumbler Ridge and...

The Moffatts are a Canadian pop/rock band, composed of brothers Scott (lead vocals and guitar), Clint (bass), Bob (drums), and Dave Moffatt (lead vocals and keyboard). Eldest brother Scott was born on March 30, 1983 in Whitehorse, Yukon. Less than a year later, on March 8, 1984, triplets Bob, Clint and Dave were born in Vancouver, British Columbia. Although born on the same date, Bob and Clint are identical twins while Dave is a fraternal triplet.

Growing up in Tumbler Ridge and later Victoria, British Columbia, Canada, The Moffatts learned singing early in their lives and singing country music with their mother, Darlana and father, Frank Moffatt, first appearing on-stage in 1990. In 1992, after performing at large-scale country music festivals, the group was nominated for five awards by the British Columbia Country Music Association.

In 1992, the Moffatt family moved to Branson, Missouri where they performed at the Osmonds theatre. In March 1993 they moved to Nashville, Tennessee were they became regulars on TNN's Nashville Now with Ralph Emery. In October, they joined the cast of the Country Tonite show at the Aladdin Hotel in Las Vegas. In 1994 Country Tonite opened a new theatre in Branson and the Moffatts became a part of that cast. In June 1995 they released their first country album, titled The Moffatts. In 1996, the brothers' parents divorced and the boys lived primarily with their father, who also managed the group until their 2001 break up.

In their teens, the group dropped out of the country music genre and recorded a new album, Chapter One: A New Beginning, and began singing pop/rock music. Prior to their teens the band would only sparingly perform their own instruments and had a back-up band, but now chose to go it alone with Scott on lead guitar, Clint on bass guitar, Dave on keyboards and Bob on drums. Lead vocals on the album were shared between Scott and Dave, however live they all took their turns. Chapter One sold more than two million copies worldwide and almost went double platinum in their native Canada. It was produced in part by the Berman Brothers (who also worked for Hanson and Real McCoy) in New York and Toronto. One single on the US version, the Glen Ballard-produced "Until You Loved Me," appeared in the Drew Barrymore film, Never Been Kissed. "Misery" in Chapter 1: A New Beginning (US Version) is on the soundtrack of the movie Teaching Mrs. Tingle starring Katie Holmes. Chapter One was also very popular in Europe, which allowed the group to write and record a song with German teen idol Gil Ofarim.

Following the success of Chapter One, the group stated publicly that they would be working with Dave Grohl of Foo Fighters on their next album, in an attempt to break away from their boy-band image. Grohl, however, was quoted on MuchMusic.com as saying that he had never heard of the band and did not intend to work with them. Truth be told Dave spoke with the band at a Juno aftershow party and stated he was interested in producing the band. However, later, his manager felt it wasn't the right mix.

The follow-up album Submodalities was released in October 2000, and contained a more classic/harder edged rock flavor than typical "boy band" fare. The transition between the bubblegum pop of their prior album and the harder edge of the new was captured in the 2001 documentary, Moffatts: Closing of Chapter One. The Moffatts wrote or co-wrote almost all of the album songs. Bob Rock, who has produced albums for such superstars as Metallica and Bon Jovi, produced Submodalities. The album was also certified platinum by the CRIA selling over 100,000 copies. The first single, "Bang Bang Boom" at that time was the fastest rising single to #1 in Canadian music history and topped the retail singles chart in Canada.
[edit] TV appearances

Throughout the nineties, The Moffatts made hundreds of live performances and hundreds of television appearances worldwide. In addition to these performances and interviews, the band also appeared as themselves on the NBC TV show Hang Time in 1999, performing the song "Girl of My Dreams" for the school. In 2000, they again played themselves on the Disney Channel show So Weird in the episode "Destiny". Fiona Phillips, the lead character in the show, was an obsessed fan on the show, while her mom Molly Phillips, played by Mackenzie Phillips, was performing with The Moffatts. During the same year, the group appeared in the documentary, The Closing of Chapter One, detailing their move from pop to rock.

They performed "Guns of Love" on Good Morning America in July 1995.

In 1999, the Moffats also did an episode of TV show Campbell Scramble, a show that Calgary's CTV sports newscaster Glenn Campbell made. His three daughters, Kate, Madeline, and Amy appeared on this episode as well.

In August 2001, the group broke up following their concert in London, Ontario. Scott Moffatt had enough of the comparisons to boy-bands and felt that the band wasn't receiving the credit they deserved as both musicians and entertainers, and now that he had completed his five year commitment to the band, chose to quit. Dave Moffatt recently appeared on Canadian TV program, Entertainment Tonight Canada, where it was stated that the band broke up because his father was not able to accept his sexuality. It was also stated that "The Moffatts" was his father's dream, and that he had pushed himself and his brothers into it.

Frank's take on these comments were - "The Moffatts break up had nothing to do with Dave's sexuality, but it does make for good press." As for The Moffatts being Frank's dream, he stated that the dream originally was Scott's, however he does admit to pushing the band once the ball was in motion. "You can't be the best young band (Backstreet Boys & NSYNC were also vocal boy-band groups) in the world without consistency and hard work, but granted there may have been a better way of me doing things." He then commented, "I'll be the first one to admit I wasn't the perfect father, but we all have good relationships now and I'm working on improving my parenting skills daily." Frank also commented, "I think the fact that they are all still active in music answers a lot of questions in itself."

After the break-up, two of the triplets, Bob and Clint Moffatt, briefly joined a group called Pusch and performed at the 2002 Winter Olympics. The band was later renamed Hidell [1], and lasted slightly over a year and released one album. Bob relocated to Ban Phe, Thailand, where he began working on an English singing contest with an educational organization called TEFL International. Bob convinced Clint to join him in Thailand and start a band called Same Same under the Thailand label. Same Same had chart-topping hits in Thailand, Indonesia, Malaysia and the Philippines.

Scott Moffatt resurfaced in an Ontario-based band The Boston Post, named after the old New England newspaper. The original lineup included Shawn Everett on drums, Jon Gant on guitar and Neal Gupta on bass. They released an EP titled It's 99PM in 2003. A video interview with Scott Moffatt from the Holiday Train show in Sparwood, BC on December 13, 2005 confirmed that he planned to go solo and was recording in LA. On April 10, 2006, song previews from the upcoming independent release The Allegory of the City were put up on his music page along with the promise of a limited edition version soon being available for pre order. The new songs are all acoustic and reveal a folk rock/pop vibe. He played all instruments and did all vocals on the record, as well as produced it. The CD will be available worldwide but tour dates have not been determined. The album is available at www.myspace.com/scottmoffattmusic. Scott is currently in Thailand producing a rock band called Slot Machine.

Dave Moffatt eventually relocated to Winnipeg, Manitoba, Canada, at first with aspirations of attending the University of Winnipeg and then deciding to launch an acting and modeling career. In addition to hosting karaoke nights at a local gay bar (including Calgary's Twisted Element), Dave also appeared in a 2005 Winnipeg production of Miss Saigon and was a contestant on Canadian Idol, making it into the top 32 before being eliminated.

In 2004, the Canadian Pacific Railway announced in a press release that Bob and Clint were "reunited" and appeared under the name "The Moffatts" for the railway's Holiday Train program, a mobile fundraiser for community food banks. In 2005, Scott also joined the tour (see this photograph (Clint to the far left, Scott and Bob to the far right).

Although the group has shut down its main website, the Moffatts remain popular in Europe; its German fansite, linked below, is quite active.

Scott Moffatt is currently in Bangkok, Thailand working with rock bands for record company Sony BMG. Clint and Bob Moffatt moved to Thailand in 2006 and formed Same Same. They now reside in Nashville, Tennessee and perform country music under the name Two Bullet Parade. They also participated in the Task Force Afghanistan Show Tour in December 2008 to entertain the Canadian troops. Dave Moffatt was in a Toronto-based band called Lights Out Love. He still lives in Canada and eventually started a career as a yoga instructor.

The Moffatts reunited for the first time in over ten years for an online Christmas show on Stageit on December 22, 2012. The set list included Christmas carols and songs picked by fans from the entire Moffatts' catalog, including solo records and Like Strangers/Same Same.

In 2016, Clint, Scott, and Bob reformed The Moffats without Dave to embark on a farewell tour. The tour kicked off in February 2017 and hit stops in Indonesia, Singapore, and the Philippines. In May 2017, Dave came out of retirement to hold a farewell concert of his own in Manila. By the end of 2017, the Moffats' farewell turned into a complete reunion, as Dave rejoined the band to work on new music. A 6 track EP "Chapter II" was released in November 2018 and was followed by The Reunion Tour 2018.

Always in my Heart 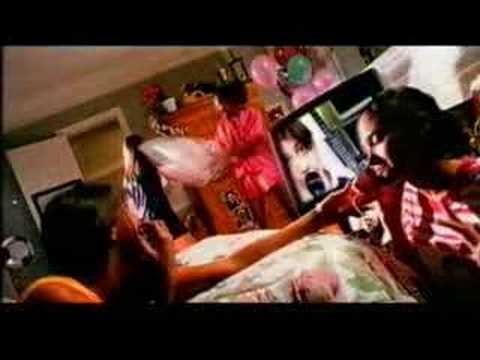 I'll Be There For You

If Life Is So Short 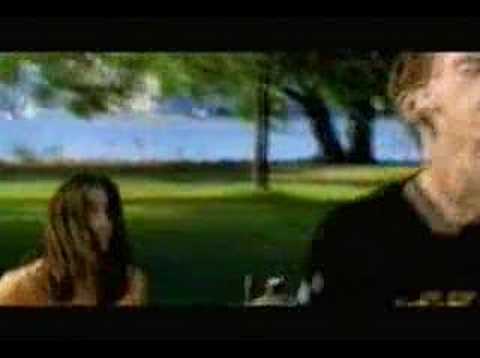