There are two bands called The Matadors: 1. 1960’s Czechoslovak (Czech) beat band, whose ‘Get Down From the Tree’ has appeared on the famous Nuggets album. 2. In early 1995 Joel "Hooch" Parkins started a rockabilly band with his two friends "Creepin'" Jeff Sheppard and some other guy. 1. The Matadors were a beat band from Czechoslovakia. The members were Otto Bezloja (bass guitar, leader), Radim Hladík (lead guitar), Jan "Farmer" Obermayer (organ), Miroslav "Tony Black" Schwarz (drums) as well...

There are two bands called The Matadors:

1. 1960’s Czechoslovak (Czech) beat band, whose ‘Get Down From the Tree’ has appeared on the famous Nuggets album.
2. In early 1995 Joel "Hooch" Parkins started a rockabilly band with his two friends "Creepin'" Jeff Sheppard and some other guy.

The Matadors formed in early 1965 from Fontana (The Fontanas), with members from Pra-Be and Komety (The Comets). Fontana's manager (and until early 1965 also their drummer) Wilfried Jelinek secured a promotional deal with an East German manufacturer of sound equipment and music instruments. Since the group began to use an electronic organ named Matador, they changed their name accordingly to promote it. The Matadors performed exclusively in East Germany until April 1966, their live repertoire consisted mostly of cover versions from popular beat groups like The Who, The Kinks or The Small Faces.

Between 1966 and 1968 Supraphon released two Matadors singles and two EPs, another two tracks appeared on an album compilation. The earlier original compositions were sung by Kahovec ("Sing A Song Of Sixpence", "Snad jednou ti dám") or Mišík ("Malej zvon co mám", "Don't Bother Me", "Old Mother Hubbard"). With lead singer Sodoma they recorded their only album in May and June 1968. The Matadors has been released as Supraphon 0130493 (mono)/1130493 (stereo), an export edition with a different sleeve has been released as Supraphon/Artia SUA ST 53992 (stereo) and SUA 13992 (mono). The material on the album includes instrumentals as well as vocal tracks sung in English. They recorded their own songs and covered R&B standards like "I Think It’s Gonna Work Out Fine" or Junior Walker's "Shotgun". The Matadors also covered Smokey Robinson’s "My Girl" and Bob Dylan’s "It’s All Over Now, Baby Blue" in Them's soulful arrangement. Original material includes "Hate Everything Except Of Hatter" [sic], "Indolence" and "Get Down From The Tree", which is featured on Rhino Records' Nuggets II compilation. Hladík, the most inventive Czechoslovak rock guitarist of that time, was hailed as the "Czech Eric Clapton".[citation needed]

The most successful Matadors line-up broke up in summer 1968. Radim Hladík then established Blue Effect (later also known as Modrý Efekt or M Efekt) with the original Matadors lead singer Vladimír Mišík. Jan Obermayer joined Petr Novák's George & Beatovens. Viktor Sodoma jr. pursued a solo career as a pop singer, backed by various groups and orchestras. Best remembered was his 1971-1973 collaboration with Shut Up, later known as the František Ringo Čech Group, with whom he recorded numerous "bubble-gum" singles and one side of his only solo album.

Otto Bezloja and Tony Black briefly reformed the Matadors, joined by ex-Komety lead singer Miloš "Reddy" Vokurka, Jiří Matoušek on organ and Petr Netopil on guitar. In fall 1968 they left to Munich, West Germany where they worked as the house band of a German edition of the Hair musical. In the early 1970s the nucleus of that band evolved to the Germany-based progressive rock group Emergency.

The Matadors reunited in 1991 and made rare public appearances until 2008. Otto Bezloja died in 2001.

2) They played the "Z" circuit clubs of rural Ontario for about a year with much success. Riling up the plowmen and women of tobacco country is no small feat but they seemed to hold a power over them, forcing them to drink more and more booze until the farmers were unable to tend to their fields. Many crops were lost due to the Matadors in those years. Eventually the band would be boycotted on the rural circuit. The field workers feared, and rightly so, that if the MATADORS were allowed to play in their presence again, all would be lost.

So the boys headed into London, Ontario to ply their trade in the urban pubs. The crowds were untamable and reckless in the city. The Matadors set bar revenue records every night of the week.

Dozens of Matador-esque bands would pop up and then suddenly dissolve in frustration every day. Yet somehow, it wasn't enough for the boys-- they yearned for something a little more.

One night in 1999 Parkins was approached by what he describes as "a ghoulish figure in a black hood... or something."

The mysterious stranger told Parkins that he was a representative of a group called The Lucifarian Brotherhood of Baphomet, and that The Matadors had caught the attention of the brotherhood. This "ghoul" came to propose a deal to the band. If the Matadors would write and perform Lucifarian gospel music, mixing it in with their traditional rockabilly set, they would, in exchange, receive super-human ability on their respective instruments as well as complete omnipotence over their audiences.

This sounded like a fair deal to Parkins so he pitched it to the other Matadors. They agreed that the deal was in their favour and set about to cement the deal. Instantly the audiences were in a frenzy, drinking inhuman amounts with complete disregard for tomorrow. Once the band began with the new Lucifarian music, onlookers could not help but spend their entire paychecks in a single evening of lewd wanton depravity.

As time went on, The Matadors became more and more powerful as they added more Lucifarian music to their repertoire. Eventually the performances became so intense that some members of the band became afraid of the power and evil that followed them to every show. These cowardly members were allowed out of their contract with the brotherhood and went on to record their own solo record.

It was at this time that Bob Carvell (RC) joined the band. RC was fresh from selling his soul to Lucifer in return for two things: incredible foosball prowess and masterful drumming abilities. This "crossroads" deal made Bob the perfect addition, making The Matadors the trinity of evil it is today.

Hooch, who by this point possessed the power to play his guitar from across the room, using only the power of his mind, took over on vocals. "Creepin''" Jeff Sheppard, whose unmatched doghouse bass prowess has led many a listener to believe he was listening to the son of the devil, had now become the world's most feared upright bass player.

The Matadors now travel all over the world spreading the "infernal word" to the masses and harvesting souls for Lucifer. They will be in your town next. When you come to see The Matadors (and you will), come prepared to drink more alcohol than you've ever drank in your life. Also, bring a change of pants because in the excitement of the show, you WILL shit the pants that you wore to the show.


1. The Matadors were a 60s Czech rock band (from Prague, (then) Czechoslovakia). They were an early supergroup consisting of musicians already known from their previous locally successful bands. Named after the keyboards brand, they were for a short period in late 60s very successful in Czechoslovakia, Singing both in Czech and English, their style was mostly influenced by RnB and the contemporary British rock sound.
Their classic lineup featured vocalist Viktor Sodoma, Radim Hladík on guitar (who would later go to form Blue Effect), Jan F. Obermayer on keyboards (later with Petr Novák and his George & Beatovens), Ota Bezloja on bass and Miroslav Schwarz (known as Tony Black) on drums.
After more lineup changes, the band disbanded in 1969. Most of the band members would later play in several successful Czechoslovak rock bands, 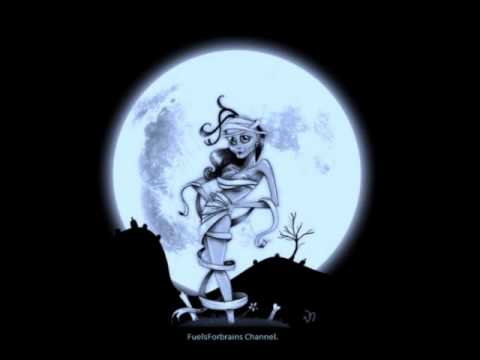 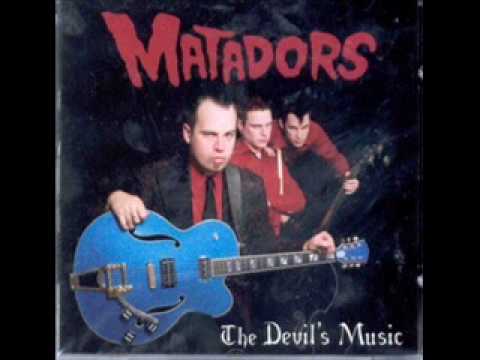 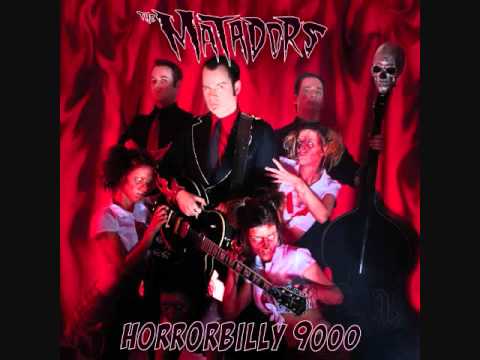 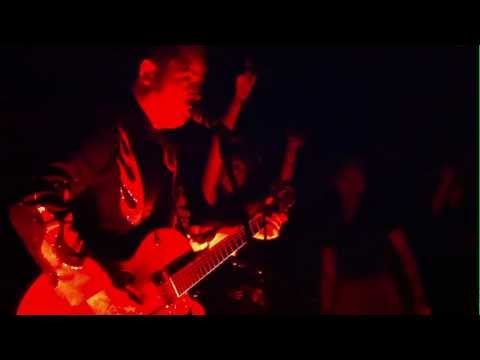 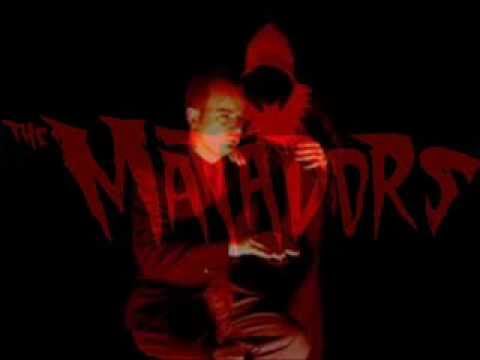 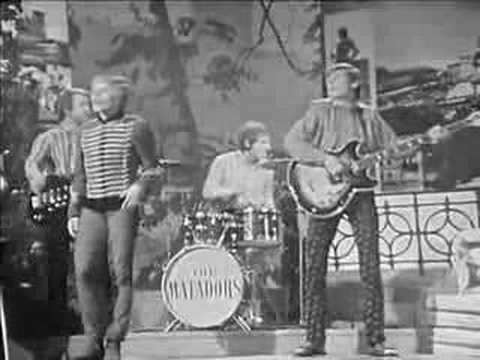 I Think It's Gonna Work Out Fine 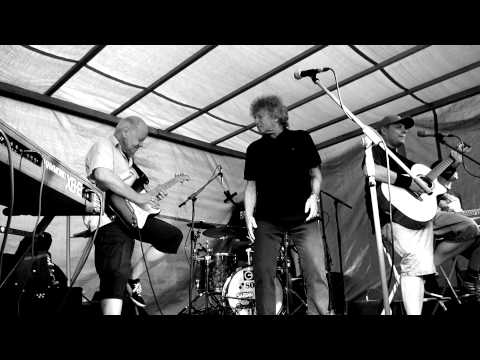 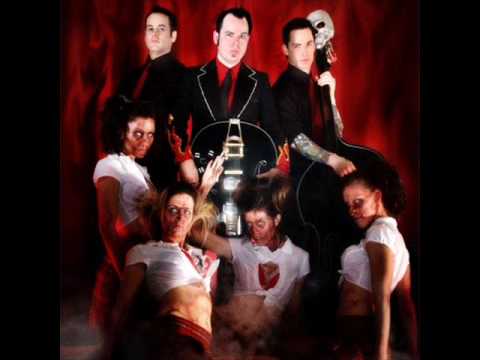 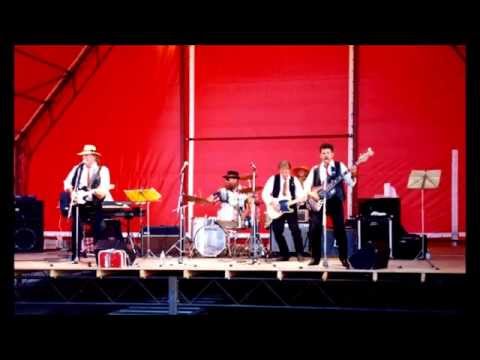 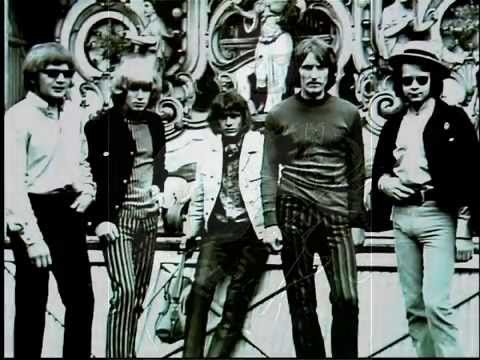 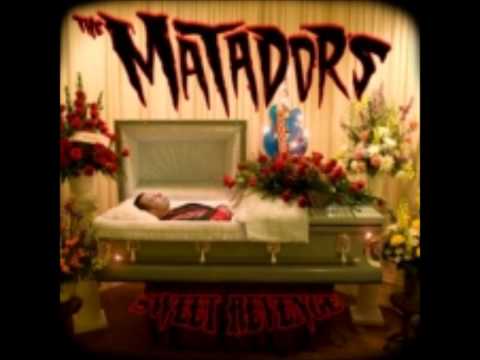 The Matadors- That kinda love 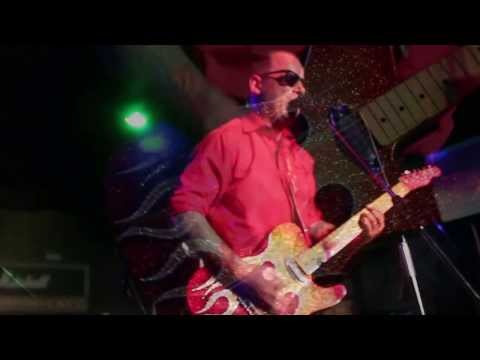 THE MATADORS - Say You Love Satan 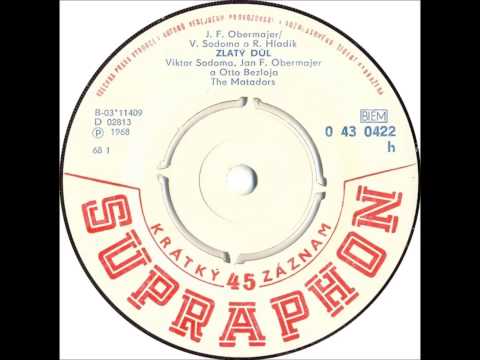 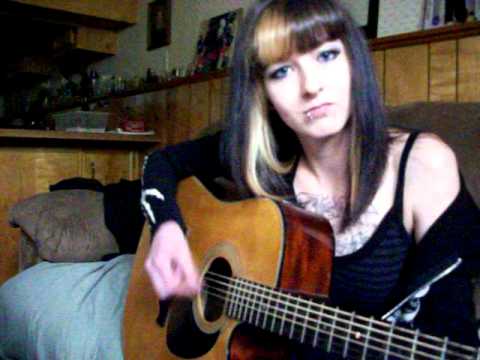 That's How She Died (The Matadors Cover)