The Mastersons, husband and wife duo Chris Masterson and Eleanor Whitmore, is an American alternative country band from Brooklyn, New York. Both are deft instrumentalists, and they’ve spent years playing in others’ bands before coming together as a unit. They’re bound by music and an uncommon depth of companionship, they’re good enough to make Steve Earle swoon, and all of that sounds quite nice. Until 16 and a half seconds into track one, when Eleanor Whitmore begins singing, “The twitch in m...

Both are deft instrumentalists, and they’ve spent years playing in others’ bands before coming together as a unit. They’re bound by music and an uncommon depth of companionship, they’re good enough to make Steve Earle swoon, and all of that sounds quite nice.

Until 16 and a half seconds into track one, when Eleanor Whitmore begins singing, “The twitch in my left eye came back today.” “Yeah, we’re not exactly gazing lovingly at each other while we’re playing these songs,” says guitarist Chris Masterson. “Sometimes the ‘couple’ thing can seem a bit schmaltzy. We’re more a band than a duo, and we’re not going to be George and Tammy. We might not even be John and Exene.”

That’s not to say that these folks don’t love each other, or that they aren’t of a piece. It’s just that listening to The Mastersons – either live or on their immediately engaging, musically expansive debut album, Birds Fly South (due out April 10 on New West Records) – isn’t akin to eavesdropping on two soulmates’ impossibly intimate conversation. This is more fun than that, with bright melodies that lead to dark lyrics, inventive harmonies and enough sparkle and twang to fashion a Porter Wagoner suit. Together, Whitmore (who plays guitar, violin, mandolin and most anything else with strings) and Masterson arrive at a singular blend that Emmylou Harris speaks of as “the third voice,” one distinct from its individual elements.

“Eleanor on her own has a beautiful voice, far better than mine,” Masterson says. “But when we come together, something bigger happens.”

That “something bigger” is captured in full on Birds Fly South, an album with soul and groove and teeth and not an ounce of schmaltz. Like the Jayhawks or Buddy & Julie Miller, it exists in an expansive territory that encompasses rock, pop, blues and country, but this is not an “If you like x, then you’ll like y” kind of record. It’s an unexpected and frequently astonishing melding of sensibilities, from two unique yet perfectly-matched artists.

Both the Denton, Texas-born Whitmore and Houston-reared Masterson have been musicians for as long as they can recall. Whitmore’s parents were both musicians, her mother an opera singer and her dad a folksinger who piloted Delta airplanes for a living. She began playing fiddle at age four, and she and sister Bonnie (now a touring songwriter) played in the family band as kids, and she studied fiddle with Texas swing master Johnny Gimble. Masterson was playing searing blues in Houston clubs at age 13, and he spent his adolescence as a disciple of blues greats Big Walter Price and T-Bone Walker.

“We were both doomed from the start,” Whitmore laughs. “Actually, we were lucky. It’s rare to have supportive parents that believed and expected we would play music and be successful. Most people that have a passion for music aren’t that fortunate.”

Whitmore and Masterson apprenticed for years with other musicians, she with Regina Spektor, Susan Gibson, Kelly Willis, Diana Ross, Will Hoge and others, he in the bands of Jack Ingram, Son Volt, Bobby Bare Jr. and more. They met in 2005 and each released solo debuts (hers was 2008’s Airplanes and his was an EP called The Late Great Chris Masterson), but found themselves compelled to write and sing together.

“It all started coming together organically,” Whitmore says. “And the songs started to sound like a band, not like a song swap.”

To capture that sound, The Mastersons headed from their Brooklyn home back down to Texas, where they worked with a core group of close friends (Grammy-winning engineer Steve Chrisensen, bass man George Reiff and drummer Falcon Valdez) to co-produce Birds Fly South. To capture the harmonies, Whitmore and Masterson sang together, into one microphone. That didn’t mean the proceedings were free from arguments or eye-twitching.

“It’s weird working with someone you love,” Masterson says. “The highs are higher, and the lows are lower. The way Eleanor and I treat each other, you’d never treat someone else on a session or gig. There’s a candor there that’s insane sometimes, and we both believe in what we’re doing so much and neither is willing to back down.”

With the album complete, Whitmore and Masterson headed back to New York, and in May of 2011 they joined Earle’s group, The Dukes and Duchesses. Each night on the world tour, Earle moved aside to let his spotlight shine on The Mastersons, whose efforts were met with reviews like “scintillating” (London’s The Telegraph). Whitmore and Masterson remain integral players in Earle’s band.

“Playing with Steve has been so great for us,” Masterson says. “We’ve both learned so much from working with other people. We’ve learned to have something succinct to say onstage and learned a whole lot about work ethic. And we’ve learned to handle so many many different scenarios.”

The release of Birds Fly South should provide for some more of those scenarios, though The Mastersons aren’t making any predictions.

“I’m not in the outcomes business,” says Masterson. He and Whitmore are more concerned with the action than the consequence, more about the offering than the reception.

Eye-twitching or no, Birds Fly South is a lovely offering.

Husband and wife, singing and playing together.
Read more on Last.fm. User-contributed text is available under the Creative Commons By-SA License; additional terms may apply. 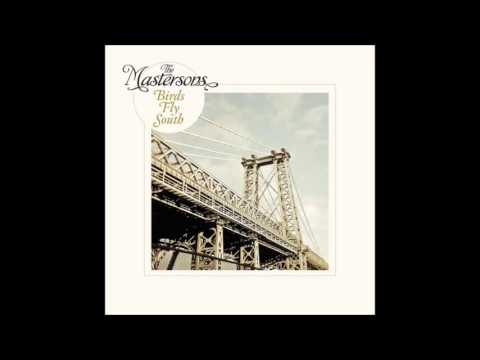 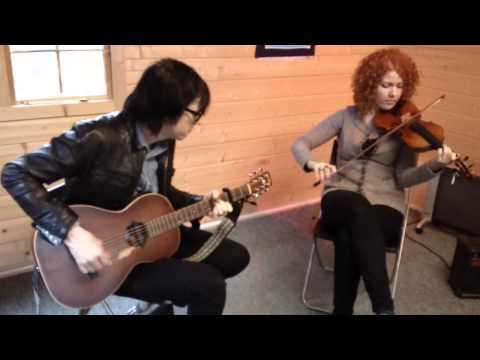