This is a Gothic band from the 80's consisting of three members. They have not been in the public eye for about 11 years or so. Their most popular song was "Ave Dementia", released in 1990. There is a fanpage on Myspace, with the URL "thescreamingmarionettes". The Marionettes:A Biography February 1986:"The Marionettes" start life as the "Screaming Marionettes" when 20 year old singer/songwriter,Sean Cronin,gathers together novice drummer John Downey,bassist Boo Levard and singer/keyboard play...

This is a Gothic band from the 80's consisting of three members. They have not been in the public eye for about 11 years or so. Their most popular song was "Ave Dementia", released in 1990. There is a fanpage on Myspace, with the URL "thescreamingmarionettes".

February 1986:"The Marionettes" start life as the "Screaming Marionettes" when 20 year old singer/songwriter,Sean Cronin,gathers together novice drummer John Downey,bassist Boo Levard and singer/keyboard player David Izen.The band's original direction is towards a fusion of theatre and rock,but turns out more of a comedy.
June 1986:The band do a few of the London "toilets" with both Izen and Cronin fronting,inevitably egos clash and Izen is out.

July 1986:The band continue as a trio until they play "The Rock Garden" and Nev Gold a "real" guitarist is in the audience and laughs so much he has to get involved.Gold joins officially and The Marionettes actually begin playing music,although still lacking songs the improvement is obvious.

September 1986:The band plays London's "Dingwalls" and are "discovered" by producer Steve James,son of Sid,who had worked with artists such as "The Sex Pistols", "Toyah","Anthrax" etc.James was taken with Gold's playing and the strong image and personality of Cronin,but thought the rhythm section a joke,Cronin and Gold had suspected this for some time and the quest was on.

January 1987:Paul Newton,their first pro drummer,and Baz Downes,their current bass player and main songwriter(Baz has left the band since this article was written-Andy),join.Downes was at the time running "Hammersmith Studios" and had just been released from his contract with "Virgin" and his former band "Weapon"(one of the new wave of British heavy metal acts) and was looking for a challenge.After noticing the improvement when Gold joined and a word from Steve James,he was in.

March 1987:Downes brought with him a "real" songwriting talent and after a couple of months solid rehearsal,with James in attendance,the band go into West W.3. studios and record demos of four songs including "Play Dead" which is to be featured on the "B" side of their first independent single.

May 1987:"The Marionettes" embark on what James calls "a toughening up tour" at some of the smaller venues around the country.Due to the strength of the image and Downes' new material they begin to build a colouful following.

September 1987:Chas White is brought in by James to manage and tapes are sent to a few selected labels,they are turned down by all except Russel Webster at "Lambs to the Slaughter/Prism Records" .

February 1988:The band go into "Slaughterhouse Studios" and record their debut single "Obsession" for release in April.It is now that they make their first video,produced by Terry Hackett,and directed by David McGillivrey - a cult movie maker.

April 1988:"Obsession" is released on "Lambs to the Slaughter" and despite the Stud Brothers at Melody Maker discarding it "A Bauhaus rip-off" it went straight into the Indie charts at number 36.Mary Anne Hobbs from "Sounds" comments,after pointing out that Cronin groaned rather than sang,were "It is impossible to escape the fact that there is a massive demand for this morbid sound" and "joking apart,the band's new single 'Obsession'is really quite good,it's very Gothic though".This left the band a little confused having never thought of themselves as 18th century buildings,however,Push at MM liked it and "Lo'" the critics grant them a feature.

June 1988:"The Marionettes" set sail to as many venues around the country as will have them and so the following grows.

August 1988:The band headline their first major London venue the "Hammersmith Palais" and to the promoters surprise 1400 paying punters turn out for "The Marionettes".

September 1988:"Obsession" is released as part of a boxed set on the "Slaughtered" compilation album,along with Wayne Hussey of "The Mission","The Cardiacs" and a host of others.

October 1988:The band go back into W.3. studios this time with engineer/producer John McGowan and demo four tracks "Ave Dementia,Savage Garden,Damian and Screaming Master",the latter of which is to be the "B" side of their second single and the other tracks are featured on their debut album.

January 1989:"The Marionettes" return to "Slaughterhouse",once more with Steve James,and record their second single "Like Christabel" and 'anti-love anthem' "Love Is".

March 1989:Newton quits after a row with White over the 'marketing' of the band,followed by Cronin,Downes and Gold ousting White as manager and recruiting Eve Binding as new drummer.

May 1989:Within two months of White's departure Cronin and Downes secure contracts with "Prestige Talent" to be their agents, "Maggie Farran" as P.R. and "Platinum" and "Pinnacle" to sell and distribute their label,they also poach Heather Mitson from "Alec Leslie Enterprises" to take care of administration.

July 1989: "Like Christabel" is released on SM Mandrake with a video 'Live' at the "Marquee" this time produced and directed by David McGillivrey followed by a U.K. tour put together by Andrew Leyton Pope at "Prestige" and the single goes into the Indie charts at number 30.This time the critics condemn the single as "Sub 'Sisters of Mercy'" and Ian Gittins at MM called the single "Alice two" and entitled his article "Sisters under the skin".The band are again mystified and wonder to whom they will be compared next.Despite the press the audience grows further and the single sells 5000 copies.

August 1989:Through Heather at A.L.E. ,Rainer Hensal of "Concert Bureau Hensal" in West Germany hears a tape and immediately invites "The Marionettes" to record their debut album "Ave Dementia" for his new label "Maze Music" to be released in the G.A.S. territories (Germany,Austria and Switzerland).

October 1989:The band head to Munster to "Karo Studios" to record their debut album with German heavy metal producer,Kalle Trappe.

November 1989 :"The Marionettes" return to England to do twenty more dates around the country.

March 1990:The band again tour England,this time playing slightly larger venues,both beginning and ending in a headline at London's Marquee,the latter of which is reviewed in MM on 26th May 1990 and it seems at last that the labels,comparisons and misconceptions that have dogged the Marionettes are finally laid to rest.


The story is continued in a more recent article:

In 1992 their second LP "Book of Shadows" and a single "Kisses",produced by John McGowan,(most noted for his work with Metallica),were recorded for Zillo/EFA Germany and the band embarked on another European tour supporting bands such as Pearl Jam,Sisters of Mercy,Bad Religion,Sheep on Drugs,The Wonderstuff and many more ,playing to over 200,000 people.The LP reached no.2 in the EFA hitlist.Due to their success in Germany,the Marionettes were able to finance their own 24 track studio and Sonic Studios,Sonic Productions and Diversity Recordings were born.

1994 saw the release of the "Temptation" ep which went straight into the Indies at no.19.Last year also saw a marked change in the Marionettes' style.Their new LP(BACCYLP/CD005) and EP(WACCY005T/CD),both entitled "Rise" and again produced by John McGowan are now recorded.The 12" and CDEP "Rise" includes a unique industrial hip-hop version of the title track.This is not what you expect - make sure you give it a listen.

“The Marionettes” are also a band of “five young guys that hail from a small area of Scotland up in Aberdeenshire” which formed in 2004.

Having been subject to many a lineup change the current band consist of Paddy Buchanan
Daryl Rankin
Mark Runcie
Thomas Emslie
Derek Stewart.

They play up tempo indie electronica and can be found at: 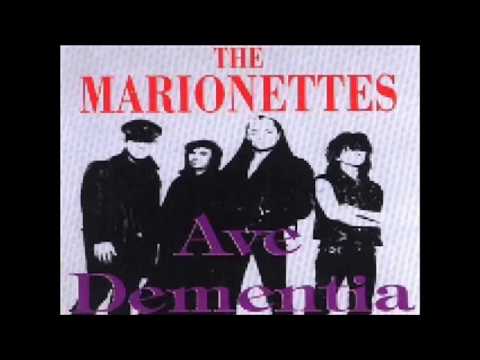 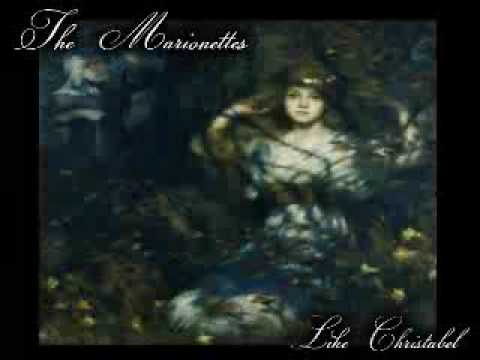