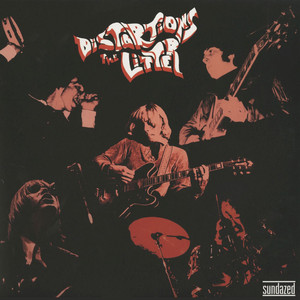 The Litter was a psychedelic and garage rock band formed in 1966 in Minneapolis, Minnesota. Today they are best remembered for their 1967 debut single Action Woman. "The Litter" was originally formed from two popular Minneapolis bands in 1966, "The Tabs" (Dan Rinaldi, Bill Strandlof) and "The Victors" (Denny Waite, Jim Kane). Tom Murray was plugged in after auditioning for the group at the Minnesota State Fair. The name "The Litter" was presented to the band by Jim Kane and chosen over severa...

The Litter was a psychedelic and garage rock band formed in 1966 in Minneapolis, Minnesota. Today they are best remembered for their 1967 debut single Action Woman.

"The Litter" was originally formed from two popular Minneapolis bands in 1966, "The Tabs" (Dan Rinaldi, Bill Strandlof) and "The Victors" (Denny Waite, Jim Kane). Tom Murray was plugged in after auditioning for the group at the Minnesota State Fair.

The name "The Litter" was presented to the band by Jim Kane and chosen over several other suggestions including "The Mustys". The original connotation of "The Litter" referred to a "litter" of puppies NOT trash or garbage as many people have assumed over the years. The album title $100 Fine was in part responsible for perpetuating this misconception.

Tom "Zip" Caplan replaced Bill Strandlof in 1967 after Bill had recorded Action Woman, Legal Matter and Soul Searchin' for the Distortions album. The album was finished with "Zip" playing lead on the rest of the tracks.

In the early days "The Litter" would learn songs from English albums imported to Jim Kane from a friend. Not yet released in the United States, these songs were mistaken by audiences for original "Litter" tunes.

Dan Rinaldi was the first musician in "The Litter", and in fact in the entire Mid-West, to smash his equipment on stage.

"The Litter" as a group was the first band in the Mid-West to use fire and smoke as well as wrecking their equipment as part of their stage show.

Contrary to popular belief it was "The Litter" not "The Electras" (later renamed "Twas Brillig" for the national release of Warren Kendrick's Dirty Old Man) who recorded Action Woman first in Nov. 1966. "The Electras" recorded their own version for Kendrick in the spring of 1967, but this 45 rpm was never released and is extremely rare. "The Litter" 45 rpm of Action Woman also commands big bucks on todays collectors market.

The song Action Woman written by Warren Kendrick, was a major regional hit, but never made the national charts.

Action Woman was re-released in 1968 with Whatcha Gonna Do About It? on the flip side. Due to a very limited pressing this 45rpm is also extremely rare.

Action Woman has been covered over the years by "The Lime Spiders" on their album The Cave Comes Alive - Virgin Records - Vinyl LP - 1987, "The Hypstrz" on their picture sleeve vinyl EP - Bogus Records - 1979 and by "Naz Nomad and The Nightmares" (formerly "The Damned") on the British album Give Daddy The Knife Cindy - Big Beat Records - Vinyl LP - 1984. and The Tall Boys on the compilation album Single Minded - Big Beat Records - CD - WIKD109. All of these records are out of print with the exception of the "Naz Nomad" which is available on CD.

Action Woman has been covered live by "The Replacements", Ken Hyland and "Jordan and the Half Transplants", the latter two are East Coast bands. The original version of the song appears on the soon to be released The Litter - Live at Mirage - 1990 and was updated in 1992 by "The Litter" for the new studio album Re-Emerge.

The song Soul Searchin' from the album Distortions, was originally titled (Just A Little) Soul Searchin' on the 45 rpm and was recorded first by "The Electras", another Warren Kendrick group. It has since been covered by "The Cynics" (Get-Hip GH-1000) on the album Blue Train Station.

The instrumental The Mummy which follows Substitute on the album Distortions was arranged by "Zip" Caplan and keyboardist Bernie Bomberg in 1963 after hearing it in the 1932 Boris Karloff film The Mummy.

Jim Kane not Denny Waite recorded the Hammond Organ parts on The Mummy for the album Distortions, Denny Waite played the parts on stage.

The title Distortions was Warren Kendrick's idea after he realized that almost every song on the album utilized fuzz tone guitars.

Every sound effect heard on I'm A Man from the Distortions album was created by a musical instrument and to keep the vocals in character with these strange and wild sounds, Denny Waite sang through a filter.

The little "ditty" heard at the very end of the K-Tel re-issue of Distortions was played by Denny Waite as a joke between takes and was recorded by accident. Excluded from the original Distortions it is untitled on the re-issue. Denny, who wrote it while in High School, calls it Harpsichord Sonata #1.

Contrary to popular belief, the second "Litter" album $100 Fine, had fewer copies pressed (1000), than its predecessor Distortions with 2000 copies.

The album name $100 Fine was "Zippy" Caplan's idea after he saw a sign on the highway during a road trip to Chicago with the warning "No Littering - $100 Fine".

Unable to come up with an idea for the $100 Fine album cover, "Zippy" Caplan suggested to Warren Kendrick that a color photo of Denny Waite's face be blown up to dot information proportions but Kenrick used a picture of one of Murrays' drums instead.

Blues One from the $100 Fine album was the first original song exclusively written by "Litter" members.

In order to fill out time on Side 1 of the $100 Fine album, the last track was added by Warren Kendrick after the album was finished. Calling it Apologies to 2069 Warren put it together in the studio using parts of Action Woman slowed down and parts of Tallyman and Kaleidoscope played backwards. Mixed with electronic sound effects, he used to say it was his way of apologizing to the people of the future for the crude recording technologies of the 1960's.

The song Kaleidoscope from the album $100 Fine was the first American made recording to use the then new phasing technology thanks to Warren Kendrick.

The version of "The Zombies" She's Not There used on the $100 Fine album was arranged by "Zippy" Caplan and guitarist friend Randy Resnick ("John Mayall Group") and presented to "The Litter" by Caplan. The idea for the arrangement came to the two guitarists while they were experimenting with the song after being influenced by the "Doors'" Light My Fire and "Quicksilver's" Gold and Silver.

The album $100 Fine was #10 on the Twin Cities album charts in 1968 and received a major write-up and review in the Star and Tribune.

"The Litter" recorded a song called Angelica while in Texas recording $100 Fine in 1968. Since the vocalist was J. Frank Wilson (Last Kiss fame) this song was excluded from the album's final version. Due for release by J. Frank Wilson, it was pulled after (a very similar type song) Honey (Bobby Goldsboro) hit the charts big. This cut, to date, has not appeared on any "Litter" album or compilation and is the rarest "Litter" recording.

Angelica, written by the well known songwriting team of Cynthia Weil and Barry Mann, was originally released by Barry Mann on Capital in July 1966 and later re-released in 1971 by Ed Ames on RCA. Neither version became a hit song.

"The Litter" recorded 8 songs with Larry Loofbourrow and Ted Dooley at Goldstar Studios in California during the late 60's. Also involved in these recording sessions were Roy Hensley ("The Castaways") David Z. (formerly David Rivkin - "The Chancellors" and Prince's chief engineer), and Bruce Pedalty ("The Accents") on keyboard. These songs are as yet unreleased. Loofbourrow was a "Litter" songwriter in the 1960's - Morning Sun, Confessions (of a Traveler Through Time) and The Egyptian. Later he penned Coming Down for "White Lightning".


Dan Rinaldi took center stage and sang the lead vocal on only one song at live "Litter" performances. "The Music Machine's" Talk Talk brought down the house every time. (This song can be heard for the first time ever on the album The Litter - Live At Mirage 1990 - soon to be released.)

"The Litter" was the No. 1 draw in Chicago clubs in the late 1960's with the main venue being The Electric Theatre.

Aaron Russo (Bette Midler's long time manager) owned The Electric Theatre and wanted to manage the group. He was turned down.

In 1968 Electra Records made an offer to sign the group after their performance at the famed Cheetah Club in LA. with "Genesis" and "The Iron Butterfly".

In August 1968 "The Litter" recorded 7 songs live at The Electric Theatre for the movie "Medium Cool". The band was paid $500 for the days shooting, but when the movie was released to theatres the scenes of "The Litter" on stage were intact but the soundtrack was Frank Zappa.

In 1969 The Electric Theatre in Chicago held a contest to see which band was louder, "The Litter", or "Blue Cheer". "The Litter" won hands down.

ABC Probe Records signed "The Litter" sight unseen to a recording contract and the album Emerge - The Litter was recorded in Michigan. Although the record was charting in Billboard and the group was touring the U.S. with acts like "The Who", unavailability of their albums due to distribution problems, plagued the group everywhere they appeared.

The album Emerge - The Litter is the only album by the group to chart in Billboard magazine.

The album Emerge - The Litter was #1 in Puerto Rico and successful as well in the European market.

The single Silly People (flip side Feeling) from the album Emerge - The Litter was picked as a Special Merit Spotlight in Billboard magazine, but was banned from airplay by some radio stations because of the lyrics.

"The Litter" often played on a double bill with ("White") "Lightning".

All the albums by "The Litter" have been bootlegged on vinyl and/or CD since the early 80's. Their quality is fair to poor at best.

The bootlegged record The Litter - Rare Tracks is NOT a "Litter" album. Only 5 of the 14 songs are actual "Litter" recordings. The remaining tracks are by other real groups and not by "The Litter" using alias recording names, as stated in the albums liner notes.

For a period of time in the 1980's a band was touring certain European cities calling themselves "The Litter" It is unknown if anyone realized this group was a phony.

The K-Tel Re-Issue of Distortions made the Top 10 List of album Re-Issues for 1991 as reported by "Flashback", a music industry trade publication.

"The Litter" has toured all over the United States and Canada playing such venues as The Electric Theatre - Chicago, The Peppermint Lounge - New York, "Cheetah" Club in L.A. and the Chicago Amphitheater among many others. They also appeared on an East Coast syndicated Top 40 TV show, the locally syndicated B-Sharp Beat and the famous network TV Rock Variety Series "Hullabaloo". The band has been billed with such famous acts as "The Who", "Brian Augar", "Canned Heat". "The Iron Butterfly", "Genesis", "Eric Burdon & War", "Blue Cheer", "Joe Cocker", "Grand Funk Railroad" "Led Zeppelin" and "Cream" to mention just a few.

There have been 12 different versions of "The Litter" from 1966-2000. Read more on Last.fm. User-contributed text is available under the Creative Commons By-SA License; additional terms may apply. 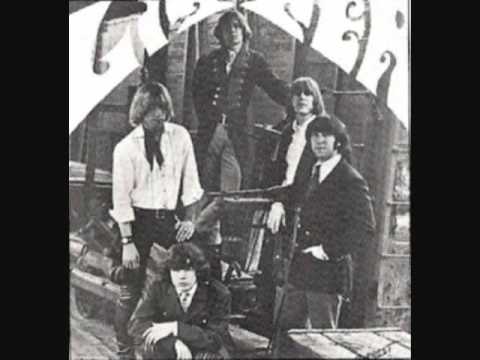 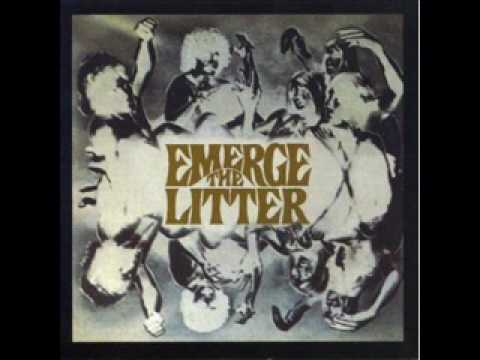 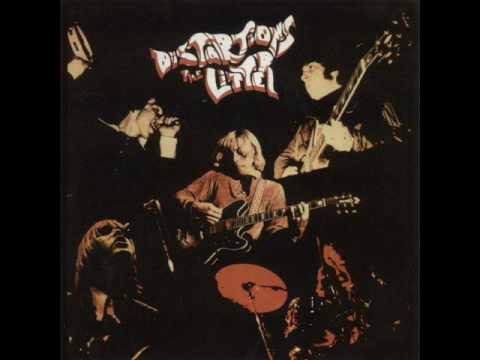 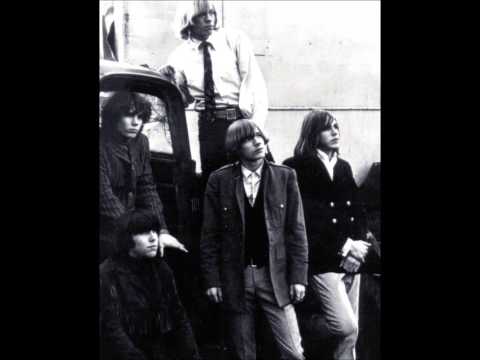