The Laughing Dogs first became popular in the CBGBs Punk/New Wave scene. This energetic group has two albums on Columbia Records, "The Laughing Dogs" and "The Laughing Dogs Meet Their Makers", songs on Atlantic Records' "Live at CBGB's: The Home of Underground Rock" CD and Sony's "Punky But Chic . . . The American New Wave Scene", and many indie CDs. The two Columbia albums have been reissued on CD in 2009 by American Beat Records. Members of the group: James Leonard Accardi - lead guitar, voca...

The Laughing Dogs first became popular in the CBGBs Punk/New Wave scene. This energetic group has two albums on Columbia Records, "The Laughing Dogs" and "The Laughing Dogs Meet Their Makers", songs on Atlantic Records' "Live at CBGB's: The Home of Underground Rock" CD and Sony's "Punky But Chic . . . The American New Wave Scene", and many indie CDs. The two Columbia albums have been reissued on CD in 2009 by American Beat Records.

One writer describes The Laughing Dogs: "Take Revolver-era Beatles, Steely Dan, and the Rascals, put 'em in a blender---and do NOT skimp on the garlic and onions." - Mike Fornatale

The Laughing Dogs first became popular at CBGB's in New York and went on to release two critically-acclaimed albums on Columbia Records, The Laughing Dogs and The Laughing Dogs Meet Their Makers. Known for being musician's musicians, The Laughing Dogs have had songs in the Billboard picks and toured extensively with The Patti Smith Group, Cheap Trick, and Blondie. They toured as the band behind the popular voices of Mickey Dolenz and Davey Jones of The Monkees. Most of the songs are written by songwriting team Ronny Carle / James Leonard, with occasional contributions from Carter Cathcart. The band members lived together very frugally in a loft in Brooklyn where they totally immersed themselves in music, rehearsing hours every day for many months. They got their first break when the band Television recommended them to Hilly Kristal and they began playing their original music at CBGB's. For some of their shows, the opening act was satire/comedy band The Kojacks.

The Laughing Dogs evolved from previous bands Mud In Your Eye, Ruben Fox, and Foxtrot. Foxtrot was the band behind Rupert Holmes on the album "Rupert Holmes". All of the band members brought a lot of musical experience to the group.

James Leonard Accardi, aka Jimmi Accardi - lead guitar, lead vocals, backup vocals
Jimmi Accardi spent his early years in Brooklyn and sang on the streets in doo-wop groups. As a young man, he played guitar for The Classics, The Moonglows, The Belmonts, and The Regents. He has been in various bands including Mud In Your Eye, Ruben Fox, Foxtrot, The Spencers, and the Wilson Cloud Chamber. He toured as lead guitarist for Chubby Checker and for the Eddy Dixon Band. Jimmi produced and engineered records for rap artists Scott LaRock and Boogie Down Productions, Ultra Magnetic, and KRS 1, and some albums with Grammy winning engineer Oz Fritz. He produced and recorded soundtracks for motion pictures. He also recorded with Harry Nilsson, Evan Lurie, and Al Hendrix. Jimmi has released many indie CDs including the solo country rock albums Songs Of The Gold Rush and On The Gold Rush Trail. He returned to his rock and roll roots with his band Jimmi Accardi and The Wild Cats, recording rockabilly and jump blues originals. He has his own hit radio show, "Jimmi Accardi's Rock & Roll Party" on KVMR-FM (www.kvmr.org). He is a prolific songwriter and composer, and continues to perform live and produce new creative work.

Ronny Carle Altaville - bass, lead vocals, backup vocals
Ronny Carle Altaville was a member of Aesop's Fables, and appeared with them on an album called "In Due Time". Later he joined Jimmi in a band called Mud In Your Eye. Other bands he played with were The Pretty Ones, Ruben Fox, The Spencers, Green Dickie and The Spud People, Foxtrot, and the Wilson Cloud Chamber. He played with Danny and The Juniors, and toured nationally as bass player for the Shirelles before The Laughing Dogs were formed. He wrote many original songs for The Laughing Dogs. Later he formed The John Dice Orchestra and recorded more of his original music on the CD "Granite Road", Mystery Tone Records. Another project has been a CD titled "Baby Wavaheetha" with the band Flowers-Dice, which includes Artie Lamonica and Bob Racciopo of The Shirts. He has produced and engineered music for many bands in his own recording studio.

Carter Cathcart, aka Jimmy Carter Cathcart - keyboards, guitar, lead vocals, backup vocals
James Carter Cathcart studied classical piano and then jazz. Cathcart's professional career began in his teens as a member of New Heavenly Blue, a jazz/rock group led by Chris Brubeck, that cut two albums for Atlantic Records. Later, he was in Brubeck's Sky King band, with one LP on Columbia, as well as Two Generations Of Brubeck. He later played piano in Gerry Mulligan's Age of Steam. While sharing an artist's loft in Brooklyn, he met Jimmy and Ronny and ended up joining The Laughing Dogs. In addition to recording with The Laughing Dogs on Columbia Records, he has recorded with Chris Spedding, Ace Frehley, Bob Mintzer, The Roches, Gerald Alston, Michael and Randy Brecker, Peter Erskine, General Johnson, Garland Jeffreys, Rupert Holmes, The Original Iraq Space Module, and many more, and released his own solo music in indie projects such as "Do It Again - Fave Beach Boys Tunes". He produced and co-wrote the "Tour De France" album by John Tesh. He has done voiceovers for television and writes scripts and does character voices for Pokemon, among other shows.

Paul Reed, aka Skip Reed - drums, percussion, backup vocals
Paul "Skip" Reed, the original drummer for The Laughing Dogs, is their drummer on the album "Live at CBGB's: The Home of Underground Rock". He played with just about everybody. Just about everybody includes The Angels, Rupert Holmes, The Monkees, Peggy Lee, Gerry Mulligan, The Kojacks, The Classics, Cleo Laine, Pacific Gas & Electric Co., The Livestock, Toast, Childhood's End, The Leisure Units, Jesus Christ (Superstar), The Spleendorks, The Memphis Pilgrims, The Beefups, The Comfort Creatures, The Wayside-Louis Group, The Original Iraq Space Module, Green Dickie & The Spud People, and The John Dice Orchestra, which he also produced. He also played with the Rolling Stones. He led two contemporary music ensembles, Brave News and The Electric Chamber. He played for many hit Broadway shows and was a featured drum soloist in Bob Fosse's Dancin'. He composed and performed music for numerous dance companies in New York City including Mariko Tanabe (of the Eric Hawkins Co.), Louis-Nikolai and The Mimi Garrard Dance Theater. He has produced and engineered projects for many recording artists and is currently working on a collection of original songs for his solo album.

Moe Potts, aka Marc Potocsky - drums
Moe Potts was The Laughing Dogs' second drummer and played on both Columbia albums and many of the Laughing Dogs indie CDs. Moe's career has included playing drums for Johnny Winter on tour, and drumming for Michael Bolotin (who later became Michael Bolton). He also recorded the drum parts on Rod Price's "West Four" and "Rattlesnake Guitar: The Music of Peter Green."

Read more about The Laughing Dogs at www.indranet.com/music/molehill/laughingdogs.html
Read more on Last.fm. User-contributed text is available under the Creative Commons By-SA License; additional terms may apply. 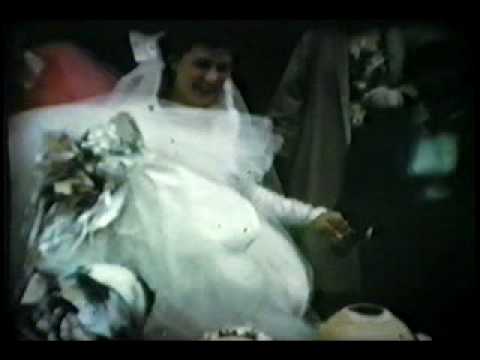