The Krewmen was formed originally in 1982 by Tony McMillan. The bands sound at that time was pure rockabilly. From 1982-1984 the Krewmen played many gigs around UK, mostly at small pubs and clubs. The start of 1985 the band was pick to play "Elvis Presley" early band in in "Elvis the musical". Whitch toured the USA-Canada an the UK for 9 month. On returning from Canada the Krewmen had several offers from labels from UK, France, Holland, Sweden and the USA. They were about to sign with Lost Momen...

The Krewmen was formed originally in 1982 by Tony McMillan. The bands sound at that time was pure rockabilly. From 1982-1984 the Krewmen played many gigs around UK, mostly at small pubs and clubs. The start of 1985 the band was pick to play "Elvis Presley" early band in in "Elvis the musical". Whitch toured the USA-Canada an the UK for 9 month. On returning from Canada the Krewmen had several offers from labels from UK, France, Holland, Sweden and the USA. They were about to sign with Lost Moment Records, when two of the band decided to leave the band to do other things, like car-washing and playing in local pubs.
Tony then recruited Jimmy Fahy (Drums) and Carl Sonny Leyland (Guitar/ Vocals). With the new line up the Krewmen's sound changed from pure rockabilly to a more blues/rockabilly sound. They then signed to Lost Moment Records in 1985 an releases what you are today and ramblin'.
Allthough the band were having a great deal of success, with both their record sales and touring all over Europe. Tony decided he wanted the band to go in another direction. For he was getting totaly bored playing other peoples material. He wanted to record-write and play his own material. Also Lost Moment Records wanted the band to record Tony's material. But Carl and Jimmy were only interested in playing covers. So they had to go. So in late 1985, Tony once again reformed the Krewmen. In came Mark Cole (Vocals), Jason Thornton (Double Bass), and Dominic Parr (Drums) with Tony going back on guitar. With this new line up, Tony was at last able to write and produce the harder heavyer sound he had always wante the Krewmen to play. This line up releases the albums The Adventures of the Krewmen (1986), Sweet Dreams (1987) and Into the Tomb (1987).
Even with the band having a great amount of success all over the world with sales of all three albums. Also having played several tours around Europe and with tours booked for Japan and the USA. Atittudes in the band were shit. It was Mark Coles aggressive atittude and not justiflable egoism, not just with the band but more importantly to our fans and press. Which was the cause of all the problems in the band. It was during a major tour of Europe (infact after only the second gig of the 30 gig tour). It was decided by the rest of the band Cole had to go at the end of the tour. With Tony taking over the vocals. Everything was going really good for the band for a year or so. That was untill both Jason and Dominic found they could not handle all the hard work, that is needed from a band who were touring and recording as much as the Krewmen were doing at that time.
So they both departed in 1988. So in come Steve (Wolfman) Piper on drums. One of our best decisions. Then we made our tour two biggest ever mistakes. That was to take Mark Burk and then Graham Grant into the band, both so-called bass players. Infact neither of them were god enough to play on our albums, allthough we gave Mark Burk the credits on the Plaque of the Dead album, it was Tony who played the bass on that album. After returning from our 1989 tour of the USA, we mad another god decision that was replacing Grant wit Paul Oxley. Ok, the only other change in the Krewmen's line up since then was in 1992 when Steve got to old and senile to stay playing the drums. So we put him out front on rhythm guitar. What a big mistake that was, for we now have to pay him much more money. For he is now become the band's Sex-Idol.
Seriously, this move of Steve's gave us the opportunity to recruit Tony Gallagher, one of the best drummers in the UK. Plus it gave us much fuller sound with the extra guitar. In the pas 12 years the Krewmen have releases 10 albums and several singles all on Lost Moment Records. The curse of the Graveyard Demon album was releases on the USA label Skyclad. Thay have toured Europe many times, the USA (East & West coast twice), Canada and Japan. In 1997/98, Lost Moment Records released The Krewmen's first 3 albums (The Adventures of the Krewmen, Sweet Dreams, Into the Tomb) on three CD's. The originals were releases only on Vinyl. Also the releases the bands old blues singles What you are today, Ramblin' on one CD. Read more on Last.fm. User-contributed text is available under the Creative Commons By-SA License; additional terms may apply. 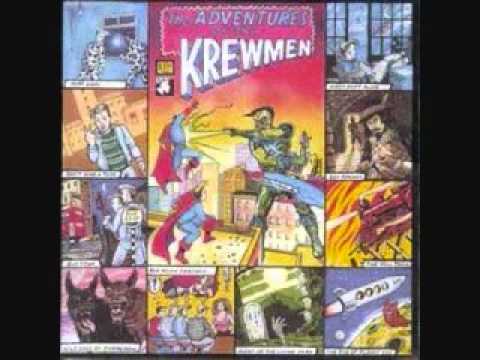 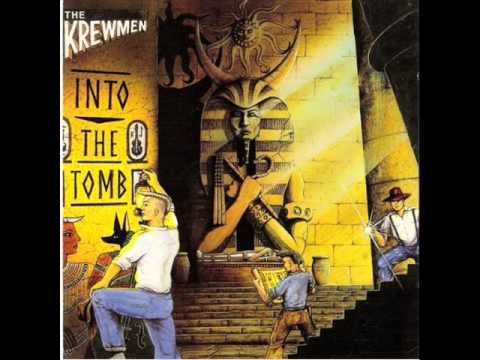 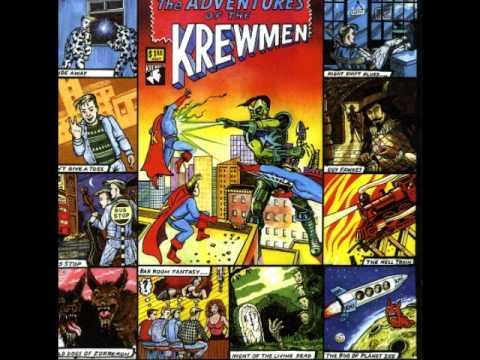 Don't Give A Toss 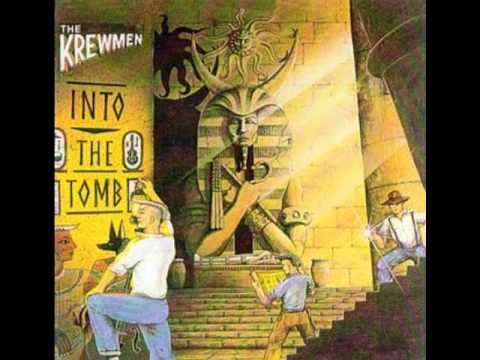 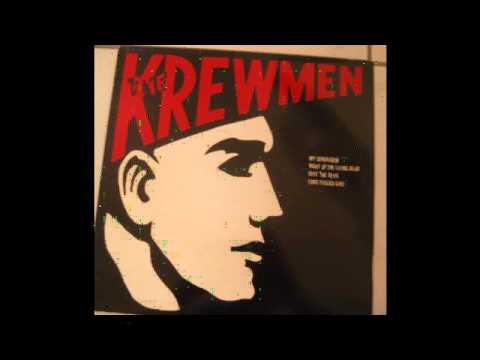 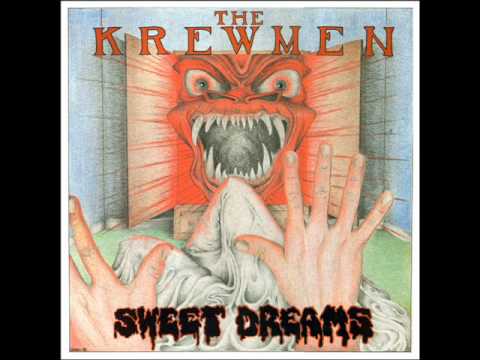 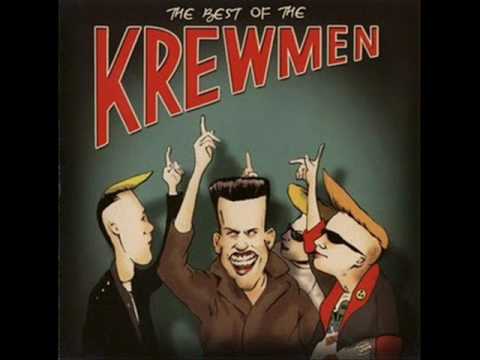