The Kinsey Report is an outgrowth of the Chicago-based band Big Daddy Kinsey and the Kinsey Report. After their father passed on in 2001, the Kinsey brothers kept the band together and have put on some of the most memorable barroom blues/rock shows in a very competitive Chicago market. Chicago blues fans are a particular lot, and the Kinsey Report does not disappoint. Catch them if you can, you will be in for a fun night! Their unique style does not feel redundant even after a long show, and...

The Kinsey Report is an outgrowth of the Chicago-based band Big Daddy Kinsey and the Kinsey Report. After their father passed on in 2001, the Kinsey brothers kept the band together and have put on some of the most memorable barroom blues/rock shows in a very competitive Chicago market.

Chicago blues fans are a particular lot, and the Kinsey Report does not disappoint. Catch them if you can, you will be in for a fun night! Their unique style does not feel redundant even after a long show, and there are as many upbeat dancers as there are soulful excursions. Hopefully someone more familiar with the band members can provide the biographical information, but as a music fan, I can highly recommend catching one of their shows!

The Kinsey brothers, vocalist/guitarist Donald, drummer/vocalist Ralph, and bassist/vocalist Kenneth, enjoyed enormous success throughout the 80s and 90s recording, and touring first with their late father, Lester “Big Daddy” Kinsey, as Big Daddy Kinsey and the Kinsey Report, and then on their own. The Kinseys arrived on the blues scene in 1985 with a winning formula, joining forces with their father to create a signature sound that mixed the traditional with the contemporary. Big Daddy’s rich baritone vocals, slide guitar and harmonica playing reflected his Mississippi Delta roots, while the younger Kinseys added reggae, rock, gospel and soul to the mix. Driven by Donald’s soulful vocals and impassioned guitar playing, and the tight, in-sync rhythm section of Ralph and Kenneth, the Kinsey Report created a singular sound that caught the attention of blues fans worldwide.

The frantic pace of those years, coupled with the loss of beloved family members, came to a head with Big Daddy’s passing in 2001. Although music was still in their lives, making music became less of a priority as the brothers entered a time of healing and reflection, a time of “trying to get life right,” as brother Ralph says. According to Donald, “we needed time to see where we were individually first, then as a family and as a group.”

Life’s lessons seem to have strengthened the family bond and the resolve to move forward both spiritually and musically. Musically, according to Kenneth, the timing is right. “I am very happy and pleased that we’re gonna be part of the blues landscape that is out there. It is a different landscape now, ever evolving and moving forward.” The Kinsey’s planted the progressive seeds for this landscape over some twenty years ago. How fitting is it that they are back, and again leading the way.

The 4 tunes on Standing (I’ll Be) bring the Kinseys firmly into the present. “Standing (I’ll Be)” the EP’s title track, is an original tune written by the brothers about triumph over adversity. For Donald, it is a song about “overcoming difficult obstacles with faith and the determination to move forward.” For Ralph, it is a song of victory. For the listener, it is an uptempo groove, a cautionary tale about succumbing to everyday temptation. “That’s It,” is a funky blues-rocker about a mean, mistreating woman, that the Kinseys have had percolating in the catalog since their Smoke and Steel Days, (their last recording on Alligator Records). “Nobody’s Fault,” is a traditional gospel tune, featuring Ralph on vocals, and Donald on Dobro and slide guitar. The Kinsey’s grandfather, Lester Kinsey, Sr. was the pastor of Gary's Chase Street Church of God in Christ for many years. Ralph, who was deeply moved by his grandmother’s love of spirituals, was enthusiastic about recording this song. He was inspired by the Nina Simone and Sister Rosetta Tharpe versions, and wanted to bring his interpretation to this classic gospel song. And then there is the track, “Boogie Diddlin’ an inspired instrumental that combines signature Bo Diddley and John Lee Hooker licks while also hearkening back to the brothers’ gospel roots, and to Big Daddy’s influence. The power chords on the bridge of the song come from gospel. As Donald explains, “Dad used to play the heavy bridge. That comes out of the sanctified church.”

The Kinseys return to the studio is a celebration of family. The songs on Standing (I’ll Be) are a loving tribute to their musical past, nurtured in the gospel and blues of their father and grandfather. Surrounded by music when they were children, Donald, Ralph, and Kenneth began playing music when they were still youngsters. Big Daddy was grooming his sons to be musicians from a very young age. Ralph the oldest of the three, received his first snare drum when he was five, and the younger Donald was the same age when he got his first guitar. By the time he was thirteen, Donald was gigging around Gary with his father, and in 1970 Big Daddy took his sons on the road, as Big Daddy Kinsey & His Fabulous Sons. The act disbanded in 1972, when Ralph went into the military, and Donald went on to play with legendary guitarist Albert King. When Ralph got out of the service, he and Donald formed a heavy metal band called White Lightening. When that band imploded, Donald went on to have notable success in the reggae world, playing and recording with Bob Marley and Peter Tosh. In 1984, he reunited with Big Daddy and Ralph, and Kenneth joined the band on bass, to form Big Daddy Kinsey and the Kinsey Report. And that is where the brothers stayed until Big Daddy’s death in 2001.

Standing (I’ll Be) is a welcome addition to the Kinsey Report’s rich musical landscape. Released on the band’s label, RDK, it is a powerful expression of redemption and renewed purpose. Words and music create a potent alchemist’s brew, as Donald sings on the title track, “Defeat is not an option/I’m standing on solid ground/I shall not be moved, till the Thrones come down.”


The Kinsey Report Line- Up:

Time Is Running Out 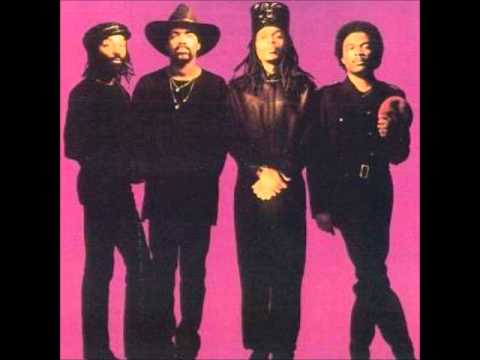 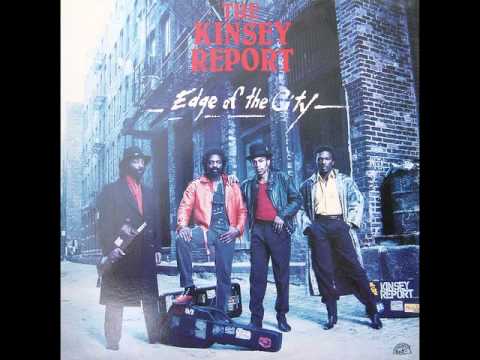