The more usual form of artist name is Kenny Wayne Shepherd Band. KWS (June 12, 1977-) is an American blues musician. Shepherd was born in Shreveport, Louisiana. Self-taught, he began playing guitar at age 7, figuring out Muddy Waters licks from his father's record collection. (Information below copied from http://www.wholeearthfestival.net/wefkennywayneshepherd.htm) Thanks to his father's career in radio, Kenny Wayne Shepherd was exposed to a wide variety of music while growing up. But the f...


KWS (June 12, 1977-) is an American blues musician. Shepherd was born in Shreveport, Louisiana. Self-taught, he began playing guitar at age 7, figuring out Muddy Waters licks from his father's record collection.

(Information below copied from http://www.wholeearthfestival.net/wefkennywayneshepherd.htm) Thanks to his father's career in radio, Kenny Wayne Shepherd was exposed to a wide variety of music while growing up. But the flashpoint came when Kenny was taken to see a Stevie Ray Vaughan concert. At age of 13, he was invited onstage by the New Orleans bluesman Bryan Lee and Texan bluesman Stevie Ray Vaughan. Witnessing the Texan's performance from atop an on stage amp case, the boy experienced a powerful and profound transformation, and in short order he decided on music as a career.

Using his own contacts in the record business, Shepherd's father and manager, Ken Shepherd (a Shreveport celebrity and DJ) helped his son land a major-label record deal with Giant Records. Rumor is Ken Shepherd also introduced Valerie Bertinelli to Eddie Van Halen. In 1995, his debut album was entitled Ledbetter Heights and featured original material and a few covers.

According to http://www.wholeearthfestival.net/wefkennywayneshepherd.htm "His music reflects a striking maturity and unequaled rock instincts. Combine these artistic abilities with a young man who is a product of the same cultural realities that others his age face, and you have the voice of blues rock for a new generation. Having enjoyed two straight #1 Blues albums, a string of #1 mainstream rock singles, two 1998 Billboard Music Awards for Rock Track of the Year ("Blue on Black") and Blues Album of the Year (for "Trouble Is..."), and a 1999 Grammy nomination for Best Rock Instrumental Performance ("Trouble Is..."). Kenny's powers as a guitarist, songwriter, arranger, and performer have only strengthened over time, making him without question the dominant guitar voice in rock for years to come."

Years later, Kenny surpassed all expectations with his second Giant album "Trouble Is...." Featuring lead singer Noah Hunt and produced by Jerry Harrison (LIVE), "Trouble Is..." accomplishes exactly what Kenny set out to introduce blues rock to a new generation. After the release of Trouble Is.... in October of 1997, Kenny and the band earned a 1999 Grammy nomination for Best Rock Instrumental Performance and picked up a BMI award as well. The album topped Billboard's Blues charts for two years straight, while three singles -- "Slow Ride", "Blue On Black", and "Somehow, Somewhere, Someway" -- were all #1 radio singles. In fact, "Blue on Black" was one of the most-played singles of the year, and voted rock song of 1998 in such prestigious trade publications as Billboard, R&R, and Album Network.

Over the past few years, the band has toured with the Rolling Stones, the Eagles, Van Halen, Aerosmith, and Bob Dylan, reaching even wider audiences worldwide. They played over 200 shows in 1998, including debut tours of Australia and Japan and a return visit to Europe where Kenny headlined an evening at the prestigious Montreux Jazz Festival (he also joined B.B. King, Herbie Hancock, Charlie Musselwhite, and Keb' Mo' on stage there for an unforgettable multi-generational blues jam). Kenny also starred in a Gap commercial, while Rolling Stone and Vanity Fair (magazine) were among the many national magazines to run extensive spreads. Critics were effusive in their praise, with Vanity Fair (magazine) lauding his guitar playing as "both ferocious and restrained", and the Godfather of Soul, James Brown himself, calling Kenny "one of the wonders of the world."

Taken from www.tendaysout.net: On January 16, 2007, KWS is releasing a documentary movie titled "Ten Days Out- Blues from the Backroads." It shows him playing with blues legends such as Jerry "Boogie" McCain; Neal Pattman; Cootie Stark; Buddy Flett; B.B King; Clarence "Gatemouth" Brown; Bryan Lee; John Dee Holeman; Etta Baker; Henry Townsend and Honeyboy Edwards; The Howlin' Wolf Band with Hubert Sumlin, Henry Gray, Calvin Jones, and Wild Child Butler; The Muddy Waters Band with Pinetop Perkins, Willie "Big Eyes" Smith, and Bob Margolin through out the south. Shepherd set out with a home court advantage, by hiring the team who had helped make Live On such an outstanding effort: Producer Jerry Harrison, himself a member of the Rock and Roll Hall of Fame, (his production credits include the Violent Femmes, Live, Big Head Todd & The Monsters; he was a member of the Talking Heads and the Modern Lovers), bassist Tommy Shannon and drummer Chris Layton, the rhythm section known as Double Trouble that came to fame behind Stevie Ray Vaughan. Partial proceeds of this project are being donated to Music Maker Relief Foundation, a non-profit organization committed to helping impoverished blues artists. Read more on Last.fm. User-contributed text is available under the Creative Commons By-SA License; additional terms may apply. 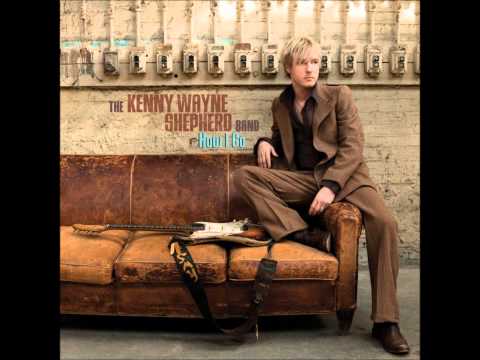