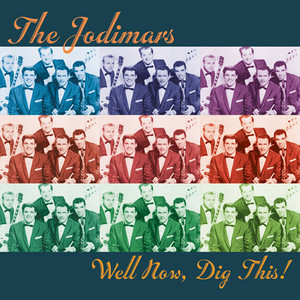 The Jodimars was an American rock and roll band that was formed in the summer of 1955 and remained active until 1958. The band was created by former members of Bill Haley & His Comets who had quit that group in a salary dispute. The name of the group was derived from the first letters of the first names of the founding members: Joey Ambrose (real name Joey d'Ambrosio) (saxophone), Dick Boccelli (under the name "Dick Richards") (vocals and drums), and Marshall Lytle (string bass). Other members i...

The Jodimars was an American rock and roll band that was formed in the summer of 1955 and remained active until 1958. The band was created by former members of Bill Haley & His Comets who had quit that group in a salary dispute. The name of the group was derived from the first letters of the first names of the founding members: Joey Ambrose (real name Joey d'Ambrosio) (saxophone), Dick Boccelli (under the name "Dick Richards") (vocals and drums), and Marshall Lytle (string bass). Other members included Chuck Hess (guitar), Jim Buffington (piano) and Max Daffner (drums).

During the summer of 1955, Lytle, Ambrose and Richards, who were paid on a set salary (as opposed to the other two Comets, pianist Johnny Grande and steel guitar player Billy Williamson, who were considered partners with Haley), requested a pay raise. According to the books Bill Haley by John Swenson and Sound and Glory by John W. Haley and John von Hoelle, their request was denied by either Haley's management or by Haley himself (accounts vary). During that summer, unknown to Haley, the trio recruited a couple of other musicians and recorded a few demo tapes -- including a version of a Haley composition, "Rock-a-Beatin' Boogie". This won the group a recording contract with Capitol Records and the group subsequently resigned from the Comets, although according to Swenson they agreed to help train the replacement musicians.

The group's first recordings on Capitol came out in late 1955, and the band scored a few minor hits such as "Well Now Dig This" and "Let's All Rock Together." In 1956, the Jodimars became one of the first rock and roll acts to take up residence in Las Vegas showrooms. Soon after, they left Capitol and recorded for several smaller labels with no success. By 1958, the band had virtually broken up, though Lytle attempted to revive the group with a series of demo recordings later that year, though he was the only member of the core band to actually take part in the recordings (members of Ricky Nelson's band worked on the recording session instead) and they sat unreleased until 1994.

By the 1960s, the Jodimars were only a memory, with Lytle going into real estate, Ambrose becoming a casino pit boss in Las Vegas, and Boccelli/Richards becoming a stage and movie actor. In 1987, the band reunited for a series of concerts in conjunction with a simultaneous reunion of the original members of Bill Haley's Comets. In 1989, Johnny Hale brought the original Comets to the UK as part of his Brean Sands Rock 'n' Roll Weekender. The Jodimars (Joey, Dick and Marshall) were backed by three members of the UK Group The Stargazers (Pete Davenport on lead guitar, Chris Gardner on piano, and Ricky Lee Brawn on drums) in a set which included the Capitol album in its entirety plus a few other later Jodimars' numbers, and was followed by a set as "The Original Comets". This remains the only billed appearance by the Jodimars since the 1960s.

Today, Lytle, Ambrose and Richards continue to tour the world as part of the Comets, but always make sure to include a couple of Jodimars songs in each show. As of the summer of 2006, the trio remain the only members of the 1954-55 Comets actively performing (following the death of Johnny Grande and the retirement of Franny Beecher, although 85-year-old Beecher is scheduled to rejoin the Comets in 2007).

In 1963, the Beatles recorded a version of the Jodimars' "Clarabella" for the Pop Go the Beatles program for BBC Radio,which appeared on the Apple/Parlophone/Capitol album Live at the BBC (The Beatles album) in 1994, while the song "Well Now Dig This" inspired the name of the popular British music magazine, Now Dig This.

Additional recordings exist from a demo session in 1955 ("Flip, Flop and Fly", "Rock-a-Beatin' Boogie" (written by Bill Haley) and "The Big Beat"). All but the latter were released in 1994; "Big Beat" remains unreleased. In 1958, Lytle recorded "Hip Shakin' Baby", "Be My Love Tonight", "Honey Baby", and "Bring Along Your Lovin'" with Ricky Nelson's band as The Jodimars but these recordings also were not released until 1994. A Jodimars cover version of "Dim Dim the Lights" (which was also a hit for Haley and the Comets) is also known to exist but has never been released.

Two compilation albums of Jodimars recordings exist: Well Now Dig This, first released in 1970 then in 1979 and finally in 1989 as a CD by the Bulldog Records label (France), and Let's All Rock Together on the UK Rockstar Records label in 1994, which included the first release of the 1955 and 1958 demo recordings. Read more on Last.fm. User-contributed text is available under the Creative Commons By-SA License; additional terms may apply. 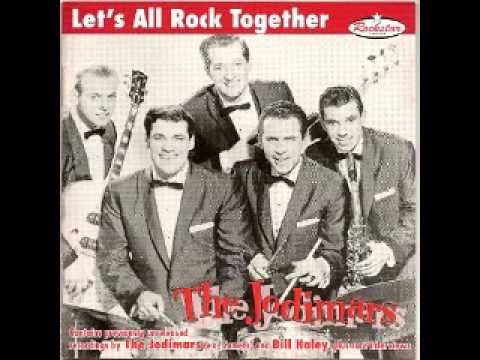