The Jaggerz was a band playing a catchy mix of Blue-Eyed Soul and pop rock, being best known for their 1970 RIAA Gold record certified and number #2 Billboard Hot 100 hit "The Rapper". Becoming an iconic 70s New England group, they released three albums in their first line-up: 'Introducing the Jaggerz' through Gamble Records (1969), 'We Went To Different Schools Together' through Kama Sutra (1970), and 'Come Again' on Wooden Nickel through 1975. Musicians Jimmy Ross and Dominic Ierace aka Do...

The Jaggerz was a band playing a catchy mix of Blue-Eyed Soul and pop rock, being best known for their 1970 RIAA Gold record certified and number #2 Billboard Hot 100 hit "The Rapper". Becoming an iconic 70s New England group, they released three albums in their first line-up: 'Introducing the Jaggerz' through Gamble Records (1969), 'We Went To Different Schools Together' through Kama Sutra (1970), and 'Come Again' on Wooden Nickel through 1975.

Musicians Jimmy Ross and Dominic Ierace aka Donnie Iris, the latter of which has had a popular solo career as a power pop artist, formed the Jaggerz in 1965 in Aliquippa , Pennsylvania. As stated before, the 1970 breakthrough album featured the 1970 RIAA Gold record certified and number #2 Billboard Hot 100 hit "The Rapper", a satire of 70s lounge lizards / pick-up artists that has been their 'signature song'. They were Pittsburgh's most popular band until they broke up in 1975, playing to numerous enthusiastic live crowds for years. They reunited in 1989 in a new incarnation led again by Jimmie Ross; the line-up released the albums 'And the Band Played On' (1998) and 'Re-Rapped' (2001).

In 1967 Philadelphia sound producers Gamble and Huff came to Pittsburgh the hear the Jaggerz perform at the Staircase lounge and signed them to a record contract. The Jaggerz released their first album, Introducing The Jaggerz 1969 on Kenny Gamble and Leon Huff's label Gamble Records. The album featured the regional hit song "Gotta Find My Way Back Home” written by the Steals Brothers (Mystro & Lyric) of Aliquippa who were song writers for Gamble and Huff. The Steals Brothers later wrote the million selling hit “Could It Be I’m Fallng In Love” for the Spinners. The single received strong airplay on KQV, KDKA, and other Pittsburgh stations.

In 1973 the Jaggerz backed up DJ artist]Wolfman Jack who sang ""The Rapper" and other songs on the album "Through The Ages". It was released on RCA's Wooden Nickel Records.

Around 1975 singer Franki Czuri and keyboard player Hermie Granati joined the Jimmie Ross, Donnie Iris, Bill Maybray, and Jim Pugliano for their next release. The Jaggerz released their third album “Come Again” in 1975 on Wooden Nickel Records. It featured the song “I’ll Be Okay in the Morning” co-written by Donnie and Hermie Granati, along with the Donnie Iris song “Don't It Make You Wanna Dance?” After Jimmy Ross left to join the Skyliners in 1975, the Jaggerz broke up.

After The Break Up

After the Break Up the members on Jaggerz went on to more success in the music business.

Singer Jimmie Ross performed with the Skyliners from 1975 through 1982. He recorded with them on their 1978 album release 'The Skyliners' In 1983 Ross and Cathy Cooper left the Skyliners to form the duo Cooper and Ross. They performed together for five years and released the album "Botton Line" on Sweat City Records / MCA.

Jim 'Pugs' Pugliano moved to Los Angeles where he became a session player and sideman. He recorded sessions with Leon Russell, Roger Miller, the Hudson Brothers,and Don Preston . He performed on commercials for McDonald's, Burger King, and other firms. As a sideman Pugs toured with J.J. Cale, Tony Orlando, Willie Nelson, Mel Tillis and John Davidson. Returning to Pittsburgh he formed a Jazz Fusion band with Donny Marsico and Joe Monroe in 1989.

Frankie Cruzi formed the Silencers, who signed a deal with CBS/ Precision Records. In 1980 their single "Shiver and Shake" reached number 81 on the Billboard Hot 100 chart. They took their act across the country appearing with Hall & Oates, Foreigner, Heart, ACDC, and others. Early pioneers in music videos they were featured on the very first broadcast of MTV in 1981.

Hermie Granati join with his siblings to form Granati Brothers who released the album G-Force on A&M Records and toured the country opening 78 shows on two national tours with Van Halen in the 1980s.

The Jaggerz reunited in 1989 to perform live. The reunited band included the original members Jim Pugliano, Benny Faiella, Bill Maybray along with organist Fred Dulu, sax player Robbie Klein and vocalist Donnie Marsico. Their first appearance was at a 25-year reunion concert on June 23, 1989 at the Beaver County College Golden Dome. The band has played 20 to 25 shows a year since then.

The Jaggerz released their sixth album "Re-Rapped By Request" in 2001. It features a mix of the most requested songs that they have performed over their career including "Dancin' in the Streets", "Some Kind of Wonderful", "The Love I Never Had" and a live version of the "Rapper" recorded at the A.J. Palumbo Center.

Follow the Jaggerz on their facebook fanpage at Jaggerz Fans -Check out the new official Jaggerz Facebook Fan page for pictures, videos, and music. https://www.facebook.com/thejaggerz Read more on Last.fm. User-contributed text is available under the Creative Commons By-SA License; additional terms may apply. 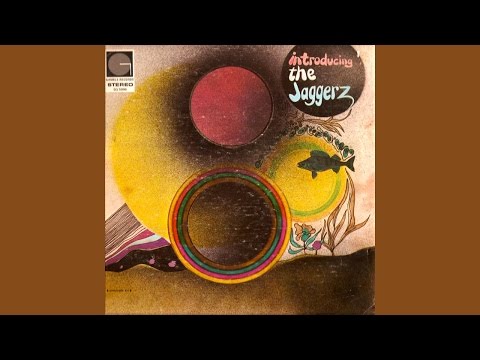 Gotta Find My Way Back Home 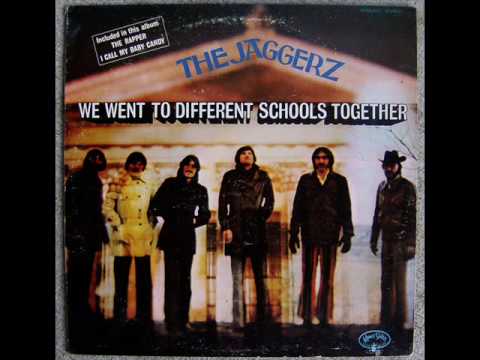 Memoirs Of The Traveller