There are a lot of bands called The Jacks: 1. The Jacks (also known as the Cadets) were an American doo wop group from the 50/60s 2. Jacks ( ジャックス) were a 1960s Japanese psychedelic rock group who released their best known studio album Vacant World (marketed as 'Karappo No Sekai' [Vacant World] or 'Jacks no Sekai' [Jacks' World] in Japanese) in 1968. The Jacks, originally known as Nightingale, began their career in 1966 as a folk trio. After jazz drummer Takasuke Kida joined the group th...

There are a lot of bands called The Jacks:
1. The Jacks (also known as the Cadets) were an American doo wop group from the 50/60s

2. Jacks ( ジャックス) were a 1960s Japanese psychedelic rock group who released their best known studio album Vacant World (marketed as 'Karappo No Sekai' [Vacant World] or 'Jacks no Sekai' [Jacks' World] in Japanese) in 1968. The Jacks, originally known as Nightingale, began their career in 1966 as a folk trio. After jazz drummer Takasuke Kida joined the group they headed into a new musical direction. Vacant World is widely seen as one of the most important Japanese albums. The song 'Vacant World' (or 'Karappo no Sekai' in Japanese) was famously banned from Japanese airwaves due to lyrical content. The Jacks' musical legacy has carried on in Japan despite the fact that their career was quite short, disbanding shortly before the release of their second studio album Super Session (or 'Jacks No Kiseki' in Japanese).
3. The Jacks are 3 girls & 1 guy from Holland. They play rock music with a hint of pop.
Marcia's edgy voice and Estelle's nasty guitar solos are carried by the sturdy rythm section. Put them on a stage and you will experience a raw, energetic show.

4. Jacks (also kwnon as The Jacks) is a Greek Garage band!

The Jacks were born in October of 2006. Gathering their forces from different backgrounds, experiences, llifestyles and abilities they end up with one unique line-up. Alex Klimentopoulos (of the mighty Frantic V) on drums, Jim Lefakis (of the Greek poppers My Own Devices) on guitars, Themis Kyriazis (of My Own Devices and electronicateers Eko-Tiger), Beatrice B (special Eko-Tiger guest vocalist) and Thoula D (cellist and bassist of known Mod-Soul group) join up in order to spread the word... In March 2009 Apostolis Valassas joined in on bass after Themis departed for a better luck! Live performances: 3rd Belle Vue Weekender (June 2007), International Music Day (June 2008).

In the spring of 2007 Dom - lead vocals, rhythm guitar and Paul - bass, backing vocals got themselves together to form a band in their home town of Northampton. They had gone to school together and had kept in touch through their different Universities in Newcastle (Dom) and York (Paul). One of a long line of drummers was in place and THE JACKS did their first gig, not in Northampton, but all the way down in south-east London in a bar called Imbibe. Their soundman was the lad from the local hometown guitar shop who Dom had persuaded to come for the ride, but on seeing the band he had a different idea and offered to be the bands lead guitar player so from the 2nd gig onwards THE JACKS were four.

With changing drummers, THE JACKS spent the rest of 2007 gigging around Northampton and up to their University Cities trying to find a way to get their music heard. Before long they found that they had sold out Camden’s Barfly twice. Support slots followed in Newcastle at the Academy with the likes of One Night Only, Newton Faulkner, The Days, A-Human and Imperial Leisure.

In 2008 THE JACKS also managed to hustle some support slots with press darlings THE LONG BLONDES and joined them on three dates of their UK tour in Newcastle, Oxford and Northampton.

In the winter of 2008 they got some down time at Fish Factory Studios in Neasden to record their first single with producer Saul Davies (James). Around the same period at about 5am Dom was mooching around outside Gazza’s Rocking Blues in Soho where he met Martin. The night finished the following morning with the two paddling in the Thames by Putney Rowing Club. Later it emerged that Martin played the drums and he was recruited to join the band at the beginning of 2009. [source: www.altsounds.com]

6. The Jacks was the name used by Buzz of Delight, a pre-solo career band for Matthew Sweet in Athens, Georgia in the mid-80's for a single recording studio session. Read more on Last.fm. User-contributed text is available under the Creative Commons By-SA License; additional terms may apply. 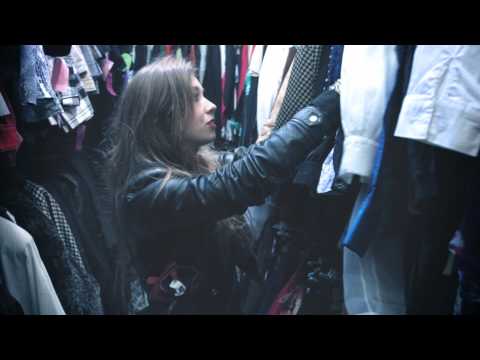