There were at least three bands that have recorded under the name The Impossibles. They are, chronologically: 1) a well known Thai funk/pop band active in the 1970s. 2) an indie band active in the UK in the early 90s. 3) an alternative/ska band from Austin, Texas 1) The Impossibles (Thailand) composed their own hits but were also known for their covers of Western rock songs. They were among the first Thai pop bands to cover English language songs and were the first Thai rock band to record a...

There were at least three bands that have recorded under the name The Impossibles. They are, chronologically:


1) The Impossibles (Thailand) composed their own hits but were also known for their covers of Western rock songs. They were among the first Thai pop bands to cover English language songs and were the first Thai rock band to record an English language album overseas during a tour of Europe. The band broke up in 1977, but they have frequently performed at reunions over the years, and its members remain active in music in Thailand.

2) The Impossibles (UK) were short-lived UK band consisting of Lucy Dallas and Mags Grundy. They had three releases on Fontana, with their first single "How do you do it?" produced by Kevin Shields of My Bloody Valentine and giving them some success after featuring in the NME.

3) The Impossibles (US) sprang from the ashes of the tragically named Austin, Texas band 'thefatgirls' in April of 1994 when fatgirls members Rory Phillips (vocals, guitar), Craig Tweedy (bass), and Pat Elliott (drums) found themselves looking for a new singer and a less embarrassing name. Within weeks they were practicing with Gabe Hascall, at that point also a bass player for the Austin hardcore band loophole. Gabe sang one song in Loophole's set, a cover of the Avail anthem 'March', and it was this shining moment that caught Rory’s eye and convinced the future Impossibles they had found their singer.

Acting as a stand-alone singer for the Impossibles first official show, Gabe soon also took on second guitar playing duties, a move that would prove critical to the future direction of the band. Writing songs with dual vocals and dueling walls of guitar sound, the Impossibles began to forge a sound reminiscent of their main influences at the time bringing together the alternative rock pop of bands like Weezer and The Pixies with the punk pop sound of bay area bands Green Day and Operation Ivy. After a short run of demo tapes the band recorded a full length self titled album, which they initially released on local label Red 5 Records and was soon picked up by Florida label Fueled by Ramen.

After a summer of touring on their first full length the Impossibles once again headed into the studio to record a follow up EP, ’Back 4 the Attack’. By this point the four members of the Impossibles were unsure of their futures, with several members wishing to pursue scholastic goals. The band decided to call it quits shortly after the release of their new EP, and would play their final show early the next year never to be heard from again...

Cut to winter, 1999. The first two Impossibles records on Fueled by Ramen along with the first demo recordings were collected into one CD, the Impossibles Anthology 94-97. After two years of playing in Imbroco and The Stereo, Rory found himself back in Austin and looking for a place to live. Although their contact was sporadic, Gabe and Rory somehow kept in contact enough to end up living together in a one-bedroom apartment in Austin’s Hyde Park district. Although the idea had come up from time to time, an Impossibles reunion wasn’t really feasible at any point until then, and somehow to everyone involved, it made perfect sense. Craig had been playing with Austin band Cruiserweight, but after much coaxing and convincing came back to the band solidifying the original lineup once again.

The following springs the Impossibles wrote and recorded 'Return’, their second full length and a noticeable departure from the original formula of ska meets pop rock. With two years apart and a lot of changes in musical influence, the Impossibles were now also incorporating influences from bands like Elliott Smith, Spiritualized, and Fugazi. At its core, however, the sound could still be found in the lyrical hooks and signature big rock guitars that had powered the bands earlier efforts.

The Impossibles hit the road and hit it hard in 2000, supporting acts like Less Than Jake and new found glory and headlining tours with Ultimate Fakebook and Cadillac Blindside, busting their chops and learning how to give their audience the same energy they received, pushing themselves every night to the point of breaking (sometimes literally) only to do it all over again the next night.

In spring of 2001 a new EP was recorded with hardcore super producer Brian McTernan entitled ’Brick Bomb’. The bands fourth effort broke even more new ground (much to the dismay of the third wave ska set, sorry kids) and honed their pop rock skills to a razor point. The songs are at times their most aggressive and their most subdued, but the sound is unmistakable.

After a 6 week US tour with the likes of grade and the movie life, the band found themselves at another impasse with the departure of their original drummer Pat Elliott and gearing up for 6 more months of touring, with their scheduled first tour of Europe in November 2001. Afterwards, being talked into a mini tour of Florida, the Impossibles retired to Austin, where they broke up shortly after.

On June, 2nd 2001 the Impossibles played their farewell concert at home in Austin to a packed house. A copy of their final moments were avalible on a DVD from Fueled By Ramen, and are sold out indeffinitly as no future pressings are planned.

The Impossibles will live on in the hearts and minds of the countless souls they touched with their music. Read more on Last.fm. User-contributed text is available under the Creative Commons By-SA License; additional terms may apply. 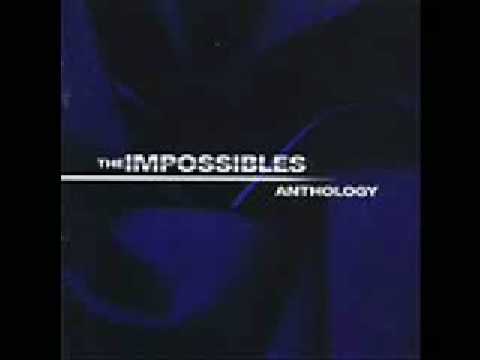 Erin With an E 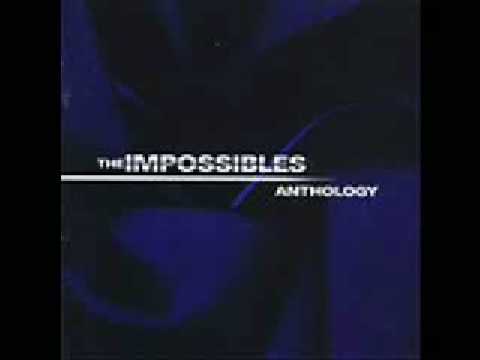